The question of the advisability of installing fresh iOS releases occasionally visited by the owners of the latest Apple gadgets. The dilemma arises for the owners of iPhone 5 & 5s, which can not boast of high performance. Smartphones are trying to do their mandated tasks, but the speed of the gadgets with iOS 9 and iOS 10 does not always meet the expectations of users. The Creator of the YouTube channel iAppleBytes decided to compare the work a fresh update for iOS 10.0.2 and previous versions of iOS 10.0.1 on four Apple smartphones. 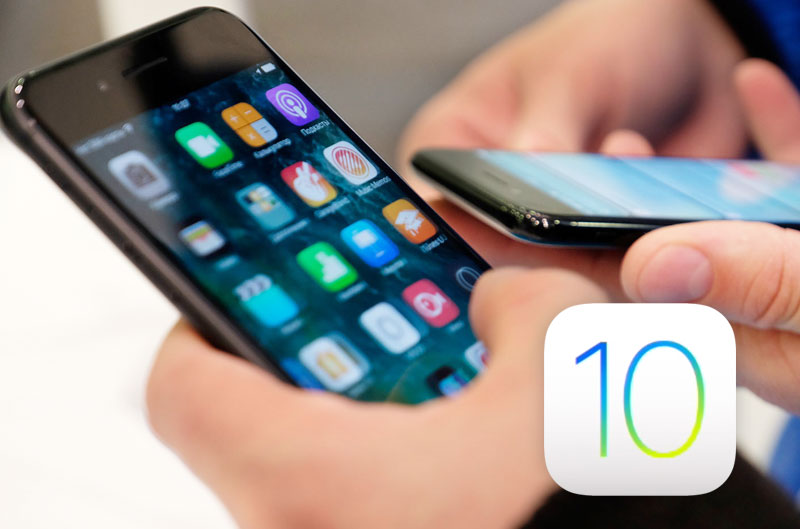 During testing we used the main program with which ordinary iPhone users work with every day. In addition, the devices are compared in the load-time and has been tested Geekbench 3 for reliability.

After watching the videos it becomes clear that iOS 10.0.2 may offer higher performance in several tasks. First and foremost this applies to the newer models of the iPhone 6 and iPhone 6s. When testing smartphones in the Geekbench smartphones on iOS 10.0.2 show slightly better results in testing mode using all cores and lower in single core mode. But we are talking about tenths of a percent.

This release despite the ordinal was the first update to the final version of the iOS operating system 10. The update fixes several bugs, in particular a software failure in the wired headphones EarPods with Lightning connector, self-close Photos, as well as the impossibility of installing the extension application. Depending on what OS version is installed on iPhone, iOS update 10.0.2 takes 30 to 60 MB of space.

READ  Wait if the iPhone 6c this year

According to testing, iOS 10.0.2 optimizes the performance of mobile devices, and therefore is recommended for all users of iPhone, iPad and iPod touch.

As the technological shift from PC towards mobile devices, Apple is expanding its reach in the lucrative corporate customer base. According to the study by JAMF Software, the products of “Apple” company is most popular in companies. The researchers conducted a survey among 300 employees, managers and top managers of companies worldwide, employing from 50 […]

How to enable two-factor authentication for Apple ID and iCloud

The passenger in the Moscow metro staged theft for insurance iPhone

Police detained the iPhone user, who staged theft of the gadget the cost of 60 000 roubles for receiving of indemnity. The young man was attracted to the role of the thief is his friend to get money for the stolen camera. Employees of criminal investigation Department of the UVD on the Moscow metro detained […]