In the App Store the release of the new version of the social networking application “Classmates”. The update brought support for quick answers, 3D Touch gestures, as well as the mode of “picture in picture” to view a video from Facebook on iPad. 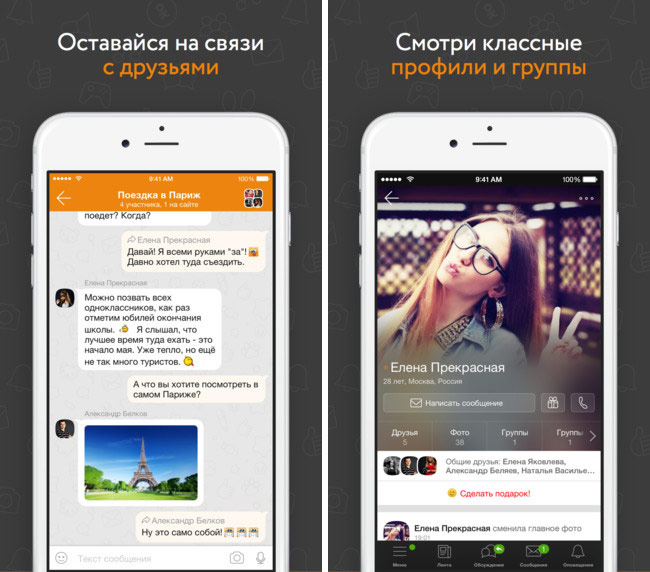 In iOS 9, Apple opened the API functions Quick Reply for third-party developers, so many developers are messengers hastened to take advantage of a useful option. Interactive notifications in Facebook allow you to interact with messages without opening them in full screen or minimizing a running program. For example, if on the iPhone the message came at a time when the user checks mail or reading an e-book, to answer it is available in notification window.

Another innovation in the update relates to the ability to share photos and links from any app. In other words, “Classmates” appeared in the standard iOS sharing dialog. In order to see the icon of the client, need to open the panel “Share”, for example in Safari or Photos, scroll through the top row of icons to the button “More” to find the list of “Classmates” and to the switch. 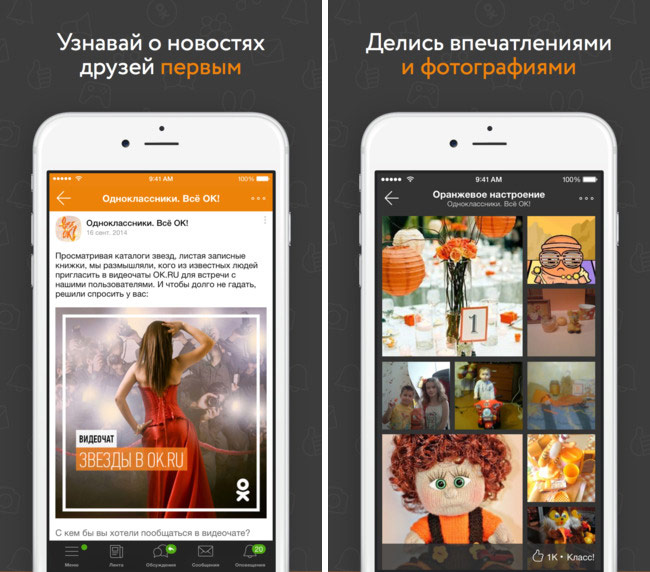 Another new feature is only for iPad owners. Now you can view video from the social network can simultaneously work in other applications. Function “picture in picture” appeared on Apple with release of iOS 9. Not spared developers and stickers that are available in the chat window.

Finally, the iPhone 6s and iPhone 6s Plus “Classmates” updated to support 3D Touch. This means that you now go to the desired section of the app is as simple as clicking the stress on the program icon.

The application “Classmates” for iPhone and iPad back in the App Store in September 2014 after four months of absence. The client has lost the function for listening to music. All negotiations on the return of the social network led directly with Apple, which was blocked by the client due to the suspicion of copyright infringement. “VKontakte”, it is worth noting that closed the access to the music app for iOS in February 2015.

Download Odnoklassniki for iPhone and iPad is available for free at this link.

Earlier this month Apple announced a new operating system release for Mac OS X El Capitan. Most of the changes in OS X El Capitan have been made to improve the stability and security of the data, however, some innovations are visible to the naked eye. Among the major innovations: the control mode of the […]

The main feature of the technology from Apple is the iTunes program, through which the device sinhroniziruete data. Many users of this method do not like because of the need to convert data to the required formats. Utility Waltr is designed to solve the problem with loading content on iPhone and iPad once and for […]

IPhone smartphones are not selling as well as we would like, as evidenced by Apple's quarterly financial report published last week. To stimulate iPhone sales, the company decided to make the purchase even more affordable and simple. interesting                            Apple Store will force upgrade to iOS 13                   A nightmare for users: […]