While the world is shaken by an epidemic of “smart” watches, launched a few years ago and recently picked up the Apple, technology experts make fun of those who say that “intellectual” chronometers — the invention of the recent past. Smart watches Casio began long before Apple thought about his own wearable computer, but even then they were capable of many things: they had a calculator, weather station, calendar, compass, heart rate monitor, GPS, pedometer, thermometer, camera, and more. 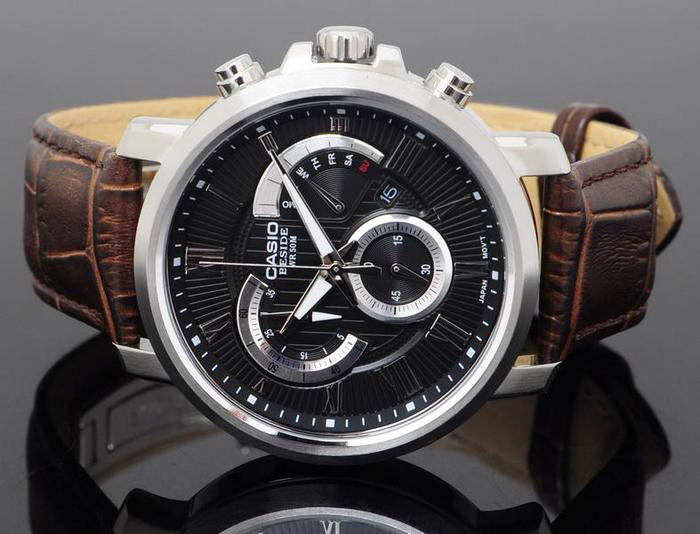 As it became known, Casio decided to re-enter the market of “smart” watches, offering a new model. While not much is known about her. Apparently, work on the device being a long time, but only now, with the change of CEO, Casio decided to implement this idea. The novelty will be more like a normal watch with advanced features. So we can expect a fairly classic design of the device.

CEO Kazuo Casio said that the goal of Casio is to create a smart watch that will be “quite robust, easy to use and comfortable”. They will cost about the same as the most affordable model of the Apple Watch ($349 in the US). From the words of the new head of the company can assume that the solution will be sufficiently protected. Perhaps it is not just about housing.

Casio did not specify details about smart watches Casio, and told me at this popular line of Casio G-Shock. It is not clear yet whether the company intends to use the platform Android Wear. If she wants to compete with the market leaders, it should be understood that users today expect something more than just connect your watch to your smartphone via Bluetooth.

The launch of smart watches Casio scheduled for March next year.

Google launched a website where brands, cooperate with the company in the framework of the program Made for Google. Google ensures that the accessories Made for Google will be compatible with Google Pixel 2 and Pixel 2 XL. On the website of the company producing covers, headphones, protective films and glass, as well as cables […]

December 8, Apple will terminate the technical support for a 6-year-old Mac, the Apple Cinema Display and the first iPod touch

The adjective “vintage” in the Russian language has a positive connotation, even more is the epithet with a shade of glamour. But not in this case. December 8, vintage Apple acknowledges iPod touch first generation, iMac, MacBook Air, Mac Pro and some other products, released in 2008 and 2009. In June of this year, Apple […]

Sales of Mac computers fell to the level of 2010