The company HandScape has developed a new way of interacting with the iPhone and iPad. Traditionally, the touchscreen is the primary control device, but the company’s engineers decided to give sensory abilities protective case. 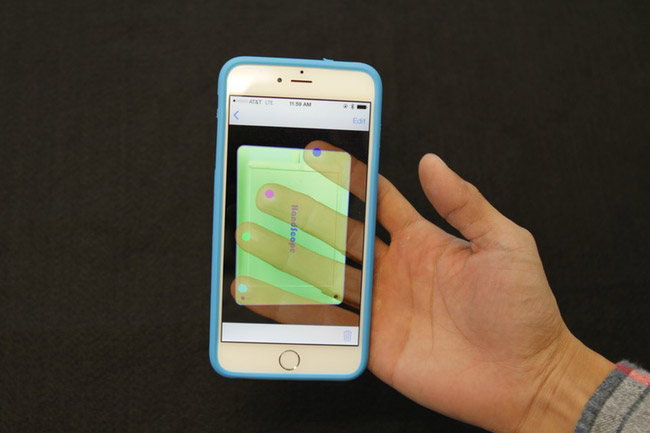 Smart case HandyCase recognizes the touch of your fingers and displays them on the screen of the iPhone and iPad, as if the plate was transparent. The device can recognize touch at several points that will allow you to implement the various control functions via rear panel – zooming and page turning to camera control and operation in the browser. The case operates from the internal battery and connects to your gadget via Bluetooth.

In HandScape say that such type of interaction between humans and mobile gadget is very handy and intuitive. In addition, the case allows you to protect the device. It supports the manipulation of one or two hands. 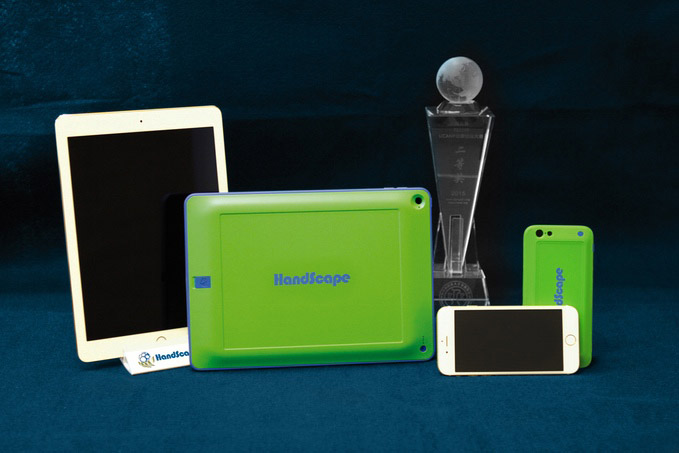 The developers are confident that this input method would be ideal when working on the operating system level. When using covers HandyCase on the screen of the gadget will display a virtual model of the hands, allowing you to understand how the fingers are on the back side. This function will work by identifying touch points. The transparency of the virtual hand, users will be able to change at their discretion.

While there are just a few sample apps, but the creators of the new hope that their product will be interested in third-party developers. The use of the accessory involves refining BY adding a special API.

Those who wish to become owner HandyCase can support the participants of the project on the site Kickstarter. For 40 days they hope to raise $100 000. To order accessory is priced from $99 to $149 depending on the model.

On Thursday, Apple seeded the seventh beta of iOS 10.3. This means that developers around the world began to test the firmware for compatibility with their applications and users to look for new features in the updated OS. Once the test Assembly has received some innovation. Given that the user interface layer, she did not […]

Apple withdrew the updated watchOS 3.1.1 due to a failure that turns the Apple Watch into “bricks”

Yesterday we wrote that Apple Watch users began to report problems with the update watchOS 3.1.1. After installing the update a Apple Watch Series 2 turned into “bricks”. On Wednesday, Apple withdrew the update due to multiple user complaints. Apple is already aware of the issue and therefore, the company rolled the update from the […]

Manufacturer of covers ITSKINS provided information about the new smartphone generation iPhone 6s and iPhone 6s Plus. According to the company, despite the resemblance with the current models, they will be slightly thicker than their predecessors. In particular, the iPhone 6s will be enclosed in the body thickness of 7 mm, which is 0.1 mm […]