Stylus pen Pencil for Apple iPad Pro has become one of the best accessories of 2015. But despite all advantages, the device is characterized by a number of design flaws relating to the protection of the stylus against undesirable mechanical impacts. To solve this problem the company released a multi Appostasy case titled PenSe. The case is made of anodized aluminum, its surface is scratch resistant and thanks to 14 neodymium magnets it can be easily attached to directly to iPad Pro Smart Cover or Smart Keyboard.

The developers have provided PenSe cap and built-in adapter, which makes charging the battery of the Apple Pencil in the way much more comfortable and safer. Finally, the case can be used with conventional fountain pen or other stylus universal. 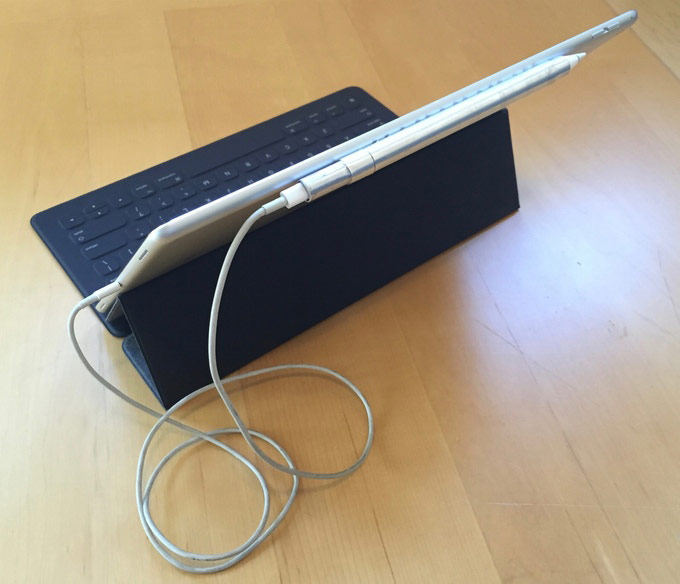 To raise funds for the production of PenSe, Appostasy launched a project on the site Kickstarter. To 25 February, the developers plan to raise $32 000. In return for a donation of $39 or more the amount you will receive PenSe selecting a suitable color: silver, space grey, gold, pink, red, blue or purple.

PenSe really can solve some of the problems associated with the transportation and charging Apple Pencil. Let’s hope that in the near future we will see more interesting accessories for the device.

Analytical company TrendForce has published a report on the state of the world’s smartphone market in the first quarter of 2017. According to researchers, in the period worldwide has shipped 307 million smartphones. This is 23% less compared to the previous quarter. The decline in shipments of smartphones is partly due to market saturation. In […]

On his home event earlier in the year, Google announced the latest version of its operating system – Android N, which is aimed at improving the experience of interacting with mobile devices. On Thursday, the search giant officially announced the name of the new OS. So, N Android now officially called Nougat. And no, it […]

In preparation for the launch of new Apple products, many users thought about buying the upcoming iPhone 7. At least, it follows from the report of research company Insurance2Go, interviewed 1014 owners of smartphones running iOS. The researchers conducted a survey among iPhone owners and found that 50% of them are going to purchase an […]