This week communications Minister Nikolai Nikiforov has announced the opened in Tatarstan Innopolis development Center of the Russian mobile operating system. According to the plan of the Ministry, by 2025, every second mobile device in our country should be based on the domestic platform. 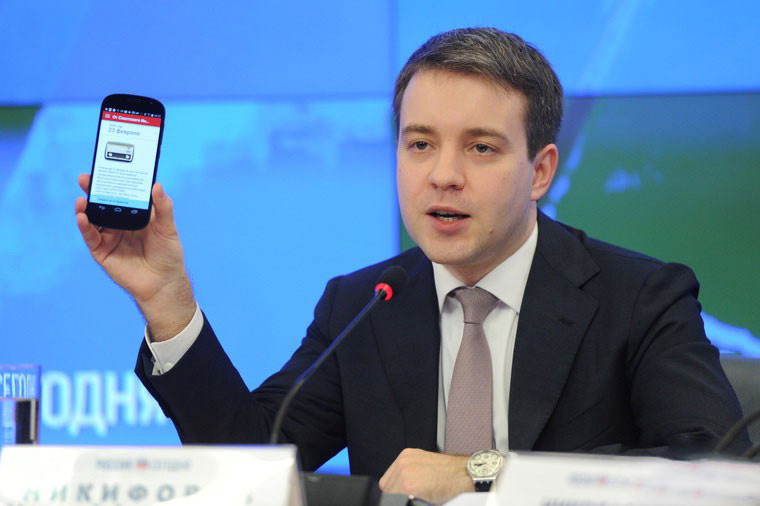 The development of the Russian mobile OSes will be engaged in the company “Open mobile platform”. According to “Vedomosti”, the company has recently been registered in Tatarstan and owns her company Votron, which, in turn, is 80% owned by Gregory Berezkin, and the remaining 20% Michael Verosub. The CEO of the company called the former head of the Russian office of the anti-virus manufacturer McAfee, Paul ages.

And in Moscow, was registered as a company with a similar name “Open mobile platform-TSR the CEO which is also Pavel eyges, and owned by the Olga Berezkina and Mr Verosub (80% and 20%, respectively).

In his message, Nikiforov said that it will be “global mobile OS, a significant part of the code which will be written in Russia”. The company claims that it is developing an operating system for handheld devices based on Linux. And its main aim has competition with Android operating system in the market of budget mobile devices.

About a year ago it became known that the founder of ESN group Grigory Berezkin became the owner of the Finnish company Jolla, created by immigrants from Nokia. The company is developing its own smartphones and tablets based operating system Sailfish. According to April 8, 2015, of 9.72% Sailfish belongs to the Holding is registered in Moscow company Votron, 80% of which is owned by Berezkin.

This Finnish company last year and were linked the hopes of the Ministry of communications on the development of a national mobile OS. At the beginning of June 2015 Jolla won the competition of the Ministry of import substitution operating systems for mobile devices. In addition to the Finnish company to a consortium of developers entered the ESN and software company ESK and “Yandex”.

The Ministry of communications on the approved plan of import substitution of imported software, the share for client and mobile operating systems in the Russian market should be reduced from the current 95 to 75% by 2020 and 50% by 2025, the Cost of developing OS based on the Sailfish was estimated at 2,225 billion rubles, of which 1.89 billion rubles was to be financed from the budget. Since then, however, about the allocation of money for this project of the Ministry of communications announced.

Edition MacDigger shares useful and interesting application that will appeal a lot to users. App for storing passwords should have several qualities. It must be protected, because the application is trusted by important and secret information. Speed and convenience are also important parameters, and simple design, functionality and cross-platform. All these qualities combines 1Password. I’ve […]

Where to buy the cheapest iPhone and Mac in Russia

Finally, in the Internet appeared the place where you can buy and sell BU the equipment. The site is called DamProdam.ru here all only for Apple – for “their”. Catches the eye that the iPhone is cheaper by about 20 000, for 10-15 iPad, Mac 20-30 thousand. There are rare models such as the legendary […]

iPhone 7 Plus against four Android-flagships: video recording of the concert

Many users choose a smartphone, building on its capacity of the still photos and video. Happy to know that the purchased gadget not only pulls the most demanding games for a long time and works in offline mode, but also capable of high quality video. In the publication Mobiltelefon conducted an interesting experiment comparing five […]