“Sberbank” as an experiment, creates cashless in city Zelenodolsk, which is located 30 km from Kazan. Armed with an iPhone, the staff of “Vedomosti” conducted an experiment in the local market to find out how residents adapt to the latest technologies. 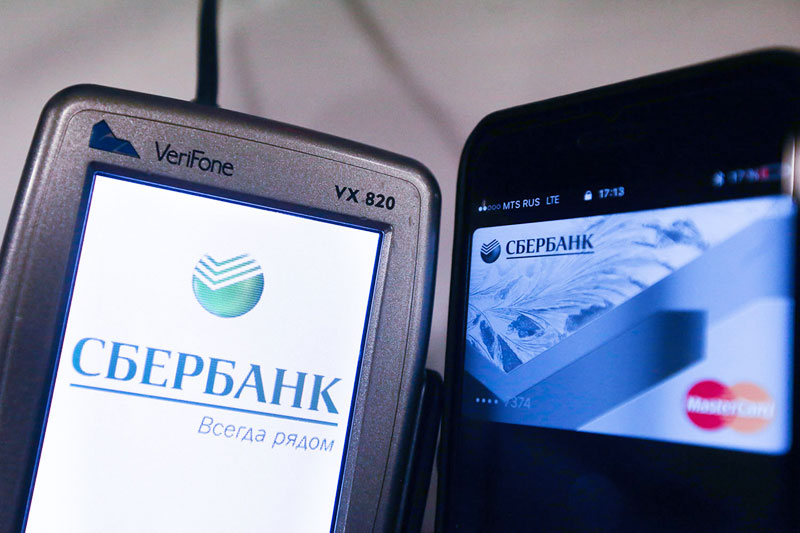 At the entrance to the indoor market located the shop with dried fruits and nuts sales in skullcaps, recently issued by “Sberbank” of the POS terminal on the counter is not visible. After the Bank staff asked, where is the terminal, the seller said that it gets when the client wishes to pay by card. However, nuts with dried fruit, tightly filling the counter, he had to move to hoist the terminal. In the meat a number of terminals that rise up from piles of meat — little space, explains the seller. On the market sell fish, honey, cheese, there are series where the terminals are from each seller, and, for example, in fish there is no terminal.

The Director of the office of the card business of Sberbank Rostislav Yanykin bought pistachios with Apple Pay. Apple Pay can be tied and the “card of the inhabitant of Tatarstan”. It will get all of the population of Zelenodolsk in the payment application Mastercard, passport, SNILS, insurance and transport application.

“The card is issued instantly in one visit to the Bank, no documents will be necessary, because all information is already centralized at the level of the information systems of the Republic of Tatarstan and it is sufficient to present a passport. A person writes a statement, we loaded its data, photograph client, draw pictures on the card and immediately her issue,” explains Yanykin.

One of the challenges is informing the public: the city banners, employees of “Sberbank” tell you what advertising is and on local television. 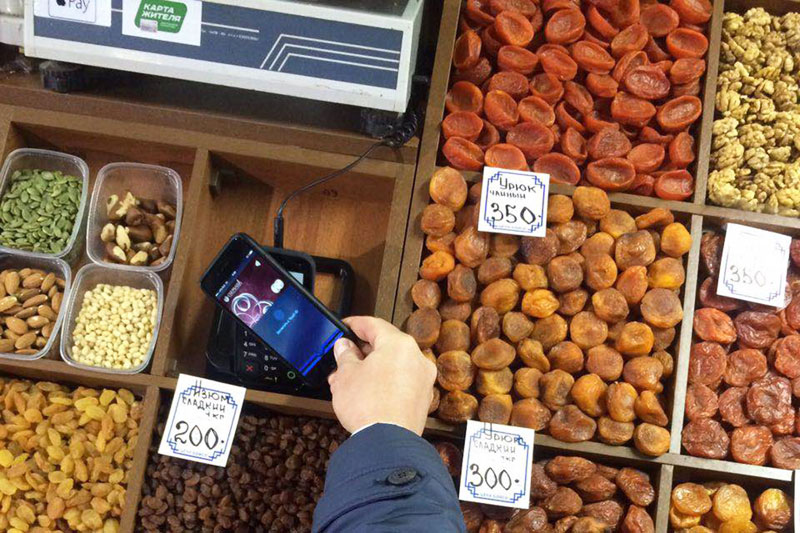 For journalists and Bank employees observed the elderly woman, a seller of bread. “I recently along with the payment for utility services came a piece of paper from the 17th of October, I can go to the Bank next to the house and get a resident card, now do not know to go or not,” she says, now a Bank card it does not. Daughter came too, adds to the saleswoman, she can go for the card from October 24.

The correspondent of “Vedomosti” was not able to buy from another seller apricots for non-cash payment — the seller said that the terminal will deliver tomorrow, although the sticker of the savings Bank already was.

“Vedomosti” asked one of the sellers, well if they put the terminals. “To be honest, we need cash. We get up at four in the morning, buy food from private owners for cash (in the village only) and driven to the market, work until six in the evening, we have no time to go to the Bank and take money out, somewhere occupied”. According to the seller, since September for non-cash he bought goods for 12 000 RUB “And the Bank still need the Commission to pay,” he says. However, he adds, although now the tenant is ready to accept payment on account at the savings Bank.

According to Yanykina, the sellers agreed to install the terminals voluntarily, decisive was that after talking with the tenant that agreed to cashless payments with sellers. The terminal Bank puts free the Commission from the seller standard.

“When we started to work on the project a year ago, the non-cash turnover in Tatarstan was 9%, now 16%, although the project has just started,” says the Yanykin.

In addition to Sberbank and Mastercard involved in the project, the government of Tatarstan and the Bank “AK bars”.

Release Shortcuts to take place in September, but Apple continues to add new features. In the new version, Apple has finally launched the sync created by processes on other devices. Now you do not have to recreate them on all your smartphones and tablets. App Shortcuts received the access information from the clipboard to location-based […]

Apple Pay is rapidly bypasses Google Pay by the number of audience in new markets.

Recently system Pay Apple was launched on Poland, and in just a few months ahead of the payment system from Google, which worked in the country for several years. The launch of Apple Pay in Poland for a long time postponed. In fact, the competitor got a head start of 2 years, but despite this, […]