We all love Bowers & Wilkins at Wylsacom Media: Valya recalls P5 with warmth, Seryozha was generally connected with B&W at his last job, with Vali Tunitsky PX, and Sasha in Zeppelin Wireless's office. Well, I’m still dreaming of receiving a P7 with a Lightning cable as a present, and I’ll get older, I’ll dream of a nine hundred series (and I’m also dreaming about Formation now). I immediately try to broadcast all the Bowers & Wilkins news on our website, all the more so they do not happen often. Well, I also try to write reviews of new products instantly!

Here we just have news so news. Just the other day, a new family of products called Formation was announced. As you correctly understood from the title, this is a multiroom, and there is a lot of everything unusual here. I'll try to tell you everything in order. 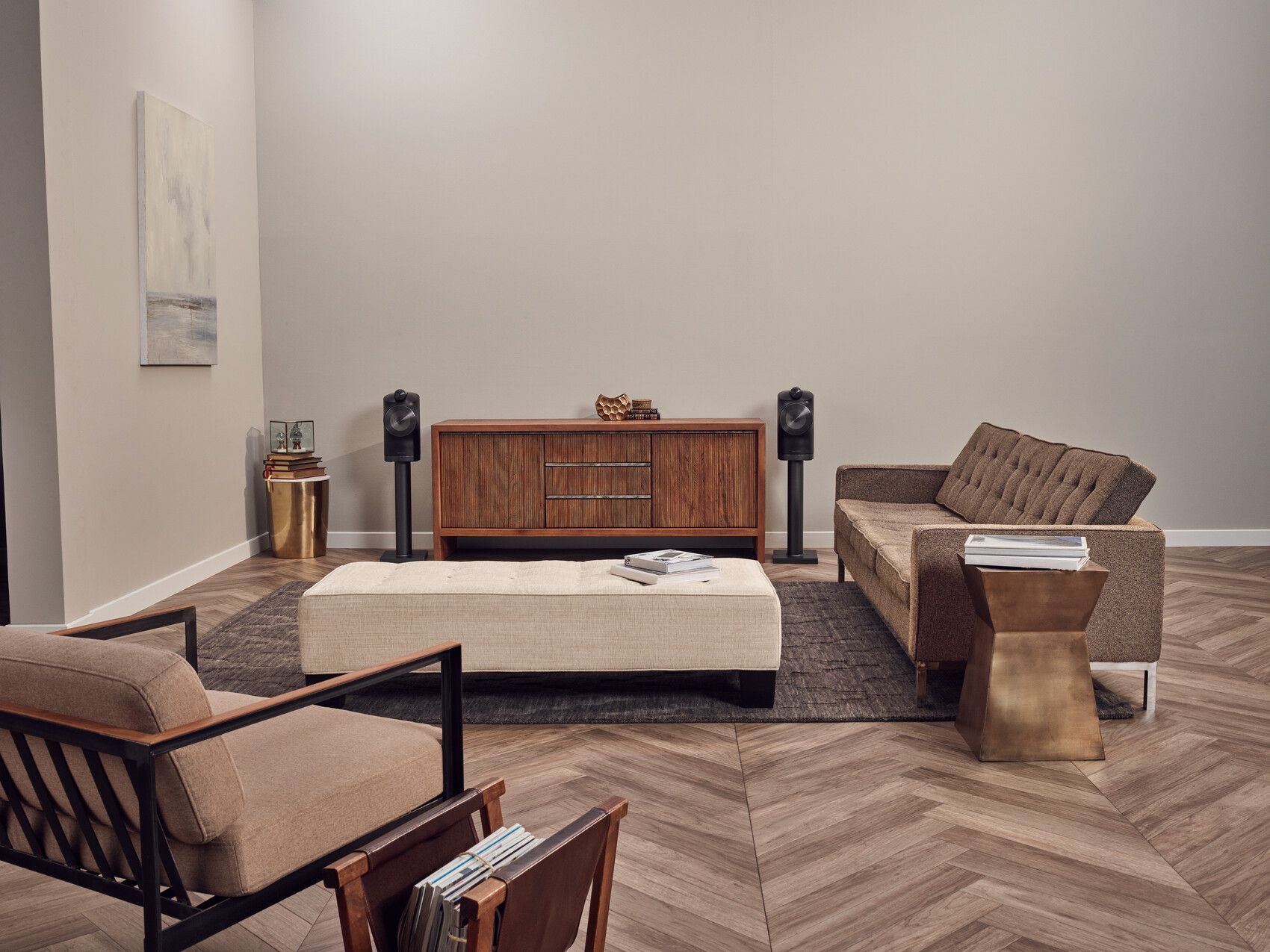 I'll start with my favorite: this is the Bowers & Wilkins Formation Duo. Two speakers with a tweeter at the top, the design resembles the company's older models. However, not only the design – carbon fiber tweeter on top, Continuum driver, as in the eight hundredth series. Top-end design, black or white body, such a multi-room has not yet existed! A pair of speakers will cost four thousand dollars and, in addition to sound, everything is provided for here, which is only possible to provide. 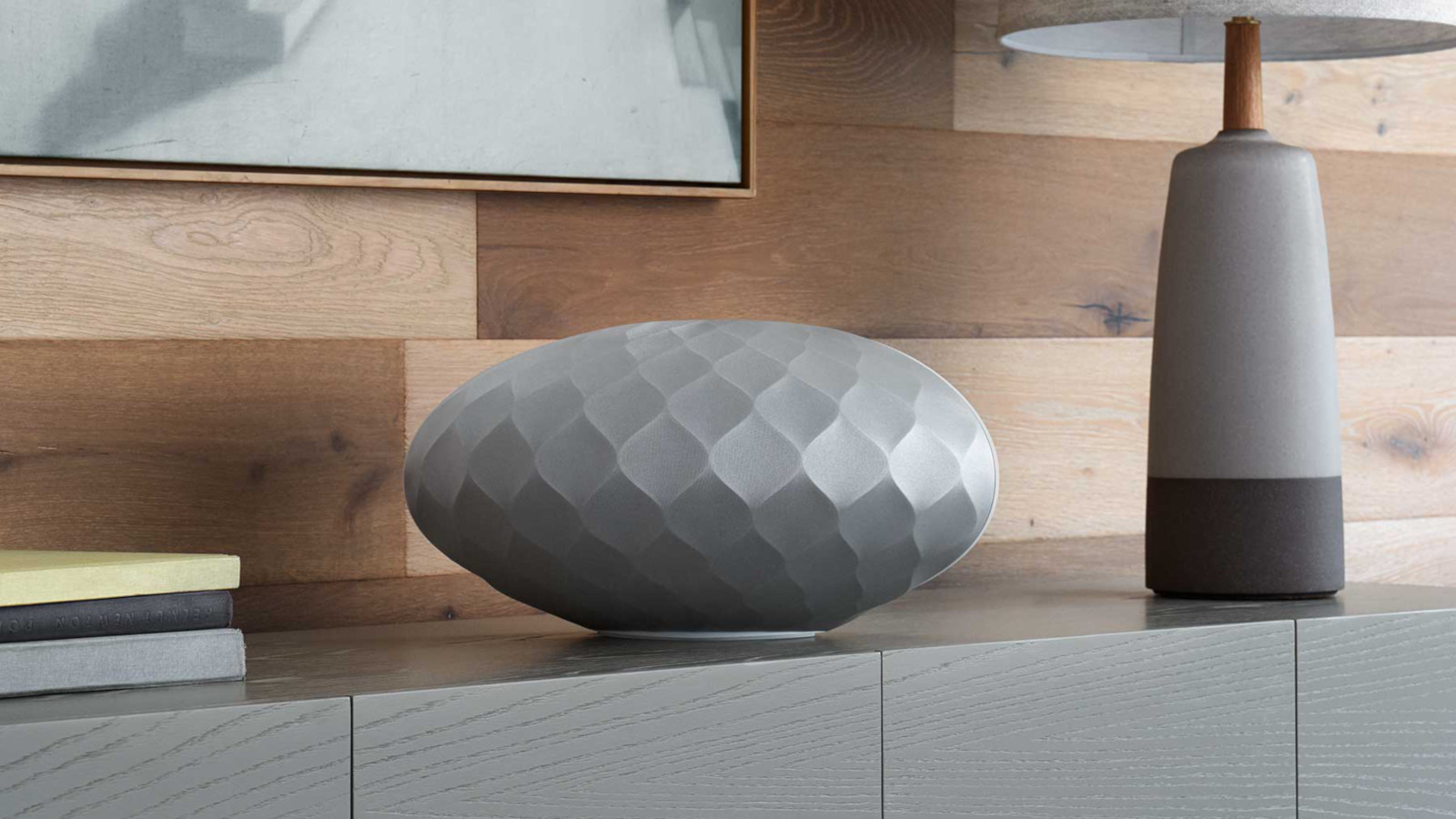 See, Formation devices interact within their own grid, a protocol called Formation, owned by Bowers & Wilkins. Let me remind you that three years ago B&W was bought by Eva Automation startup – well, Eva Automation initially developed some special technologies for the interaction of people and home devices. How it is connected and whether it is connected – I do not know. Rather, it is connected, otherwise where did your protocol come from?

You may ask: why such difficulties in the days of Bluetooth and AirPlay 2? Everything is interesting here. Thanks to Formation, data between devices is transmitted very quickly – that is, there will be no delays in sound, even if playback occurs on all home devices. An unlimited number of components can be added to the Formation network. Sound transmission in very good quality is supported (96 kHz / 24 bits, more than competitors). The Formation network does not “load” your home network, it is also nice. The main thing is that Bowers & Wilkins did not limit themselves to Formation, declared compatibility with AirPlay 2, there is Bluetooth, support for Spotify Connect and even Roon. Top!

Why is it the top? Because you can listen to music on Formation Duo using your own data transfer format and adding the system to an existing home network consisting of HomePod, Sonos and who knows what else.

Back to the list of devices. The Duo consignees, I suppose, will not be interested in as many people as the wonderful thing called Formation Bar. This, my friends, is a Bowers & Wilkins soundbar, beautiful, with top-end sound (I'm sure of it), capable of working with a TV, with a game console, and with your smartphone as an speaker system. Nine speakers, wide compatibility options – all systems have AirPlay 2 and Bluetooth. I am sure that many fans of Bowers & Wilkins will begin acquaintance with Formation precisely from the soundbar. It costs a thousand two hundred dollars.

READ  Opinion: Essential Phone is the only Android smartphone that can outshine iPhone 8 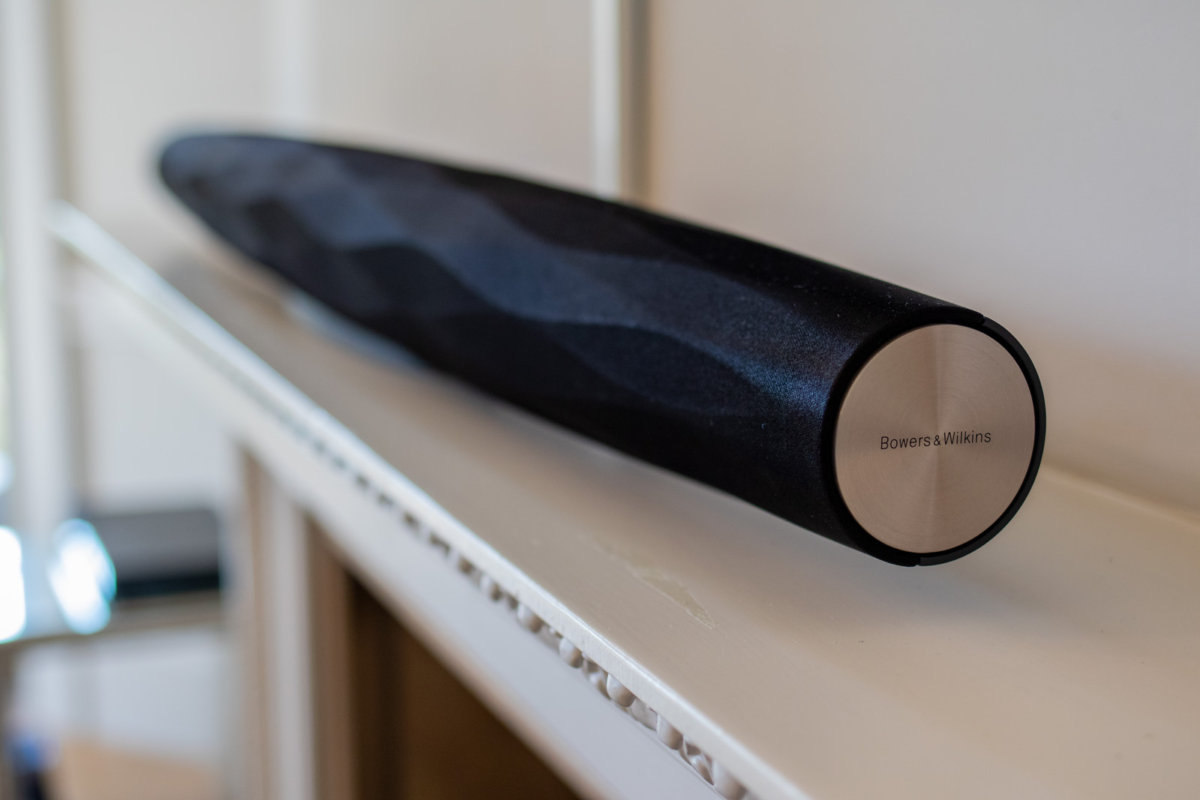 The strangest device is Formation Wedge. The audio system was clearly created for installation in "difficult" places, there, a special form is useful. If you get confused, then using Wedge it will be possible to supplement the living room set: in front are Duo, behind two Wedge. Or under the TV Bar, and Wedge at the back. Well, in the kitchen you can put one Wedge and fill the room with great sound. The price of Wedge is nine hundred dollars. 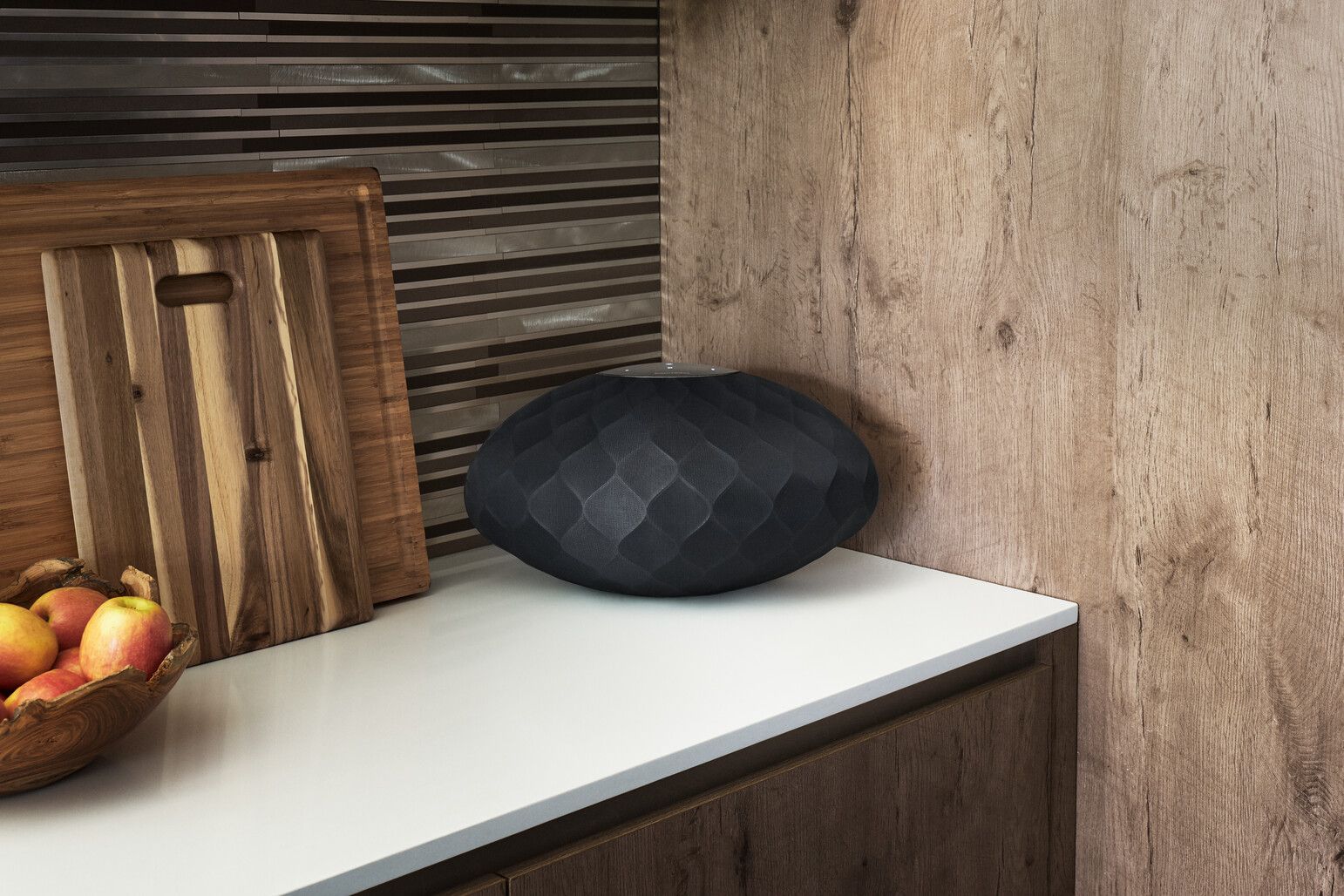 In addition to all systems, it will be possible to buy Formation Bass, this is a wireless subwoofer, the drivers are opposite each other. An accessory costs a thousand dollars. In my opinion, such an accessory will mainly be bought together with Bar – the most logical solution. 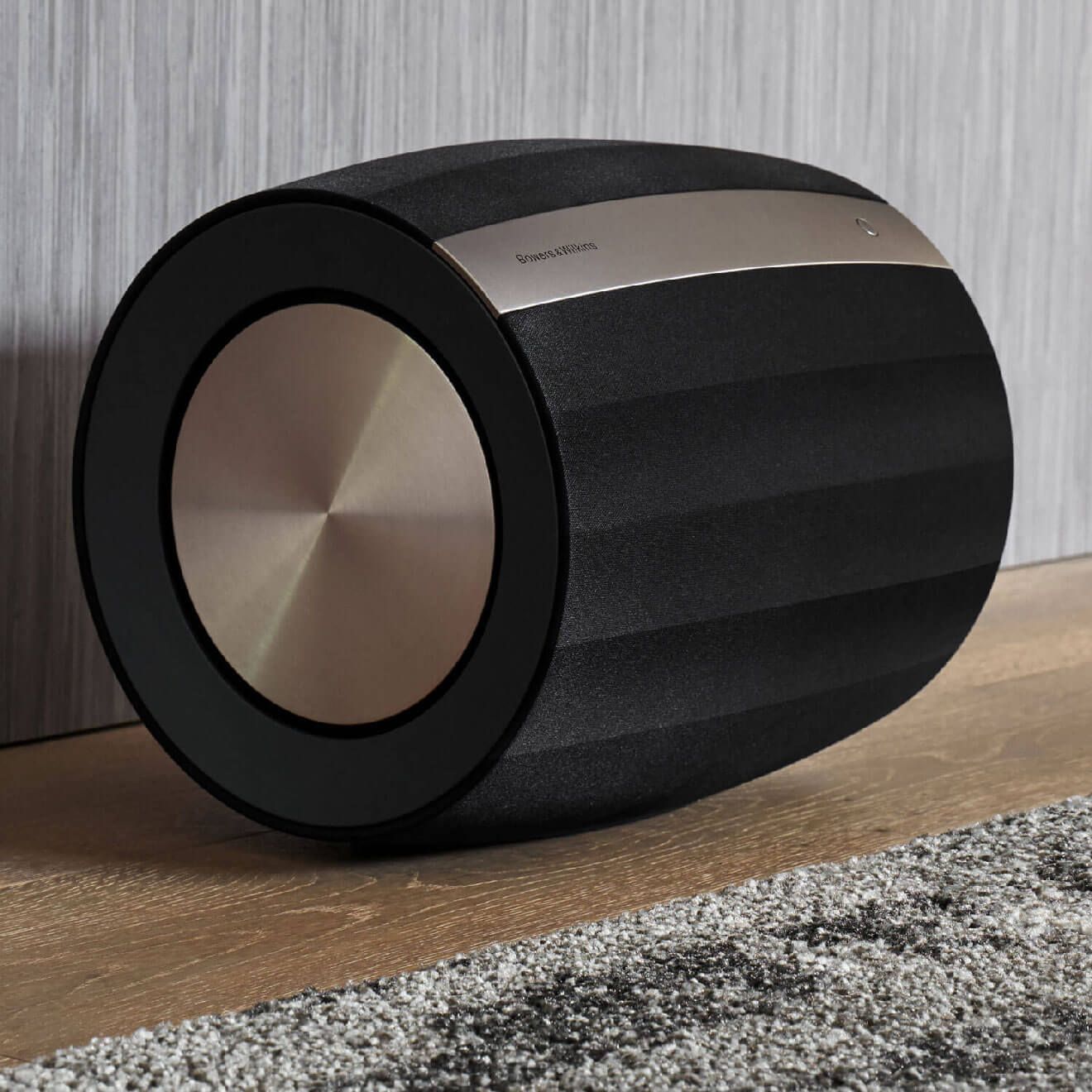 The latest device is Formation Audio. The purpose is simple: we connect the unit to ordinary speakers and it becomes possible to add them to Formation, control playback from a smartphone, although I do not yet know what opportunities there will be. Maybe there will be a program for the computer? The price of Audio is seven hundred dollars. The device is niche, it will cause interest, it will be sold. 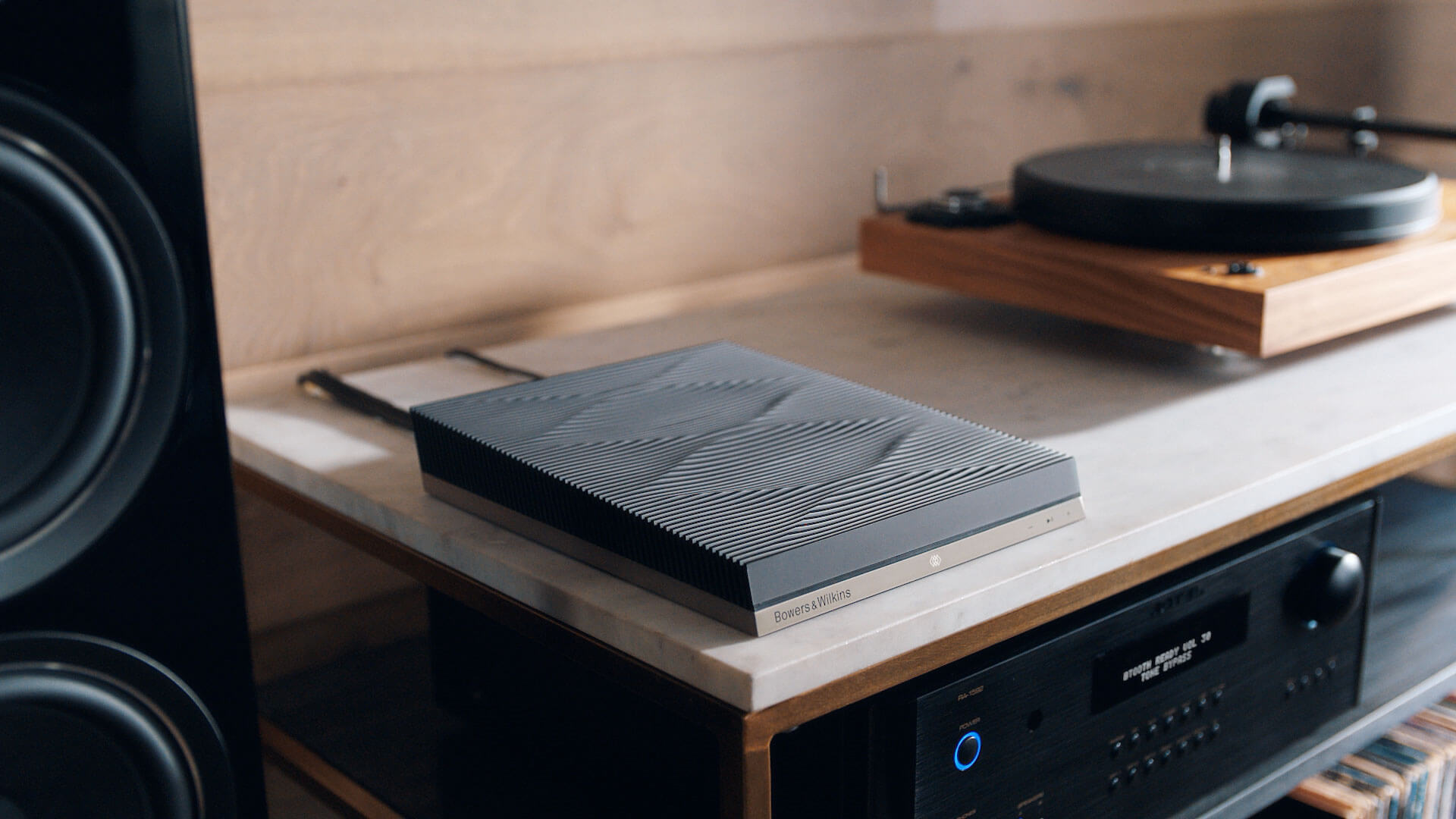 At my place a multi-room kit has already been assembled: there are two HomePods, one Sonos One plus KEF LSX in the living room. But in the future, I personally would be interested in putting the Formation Duo into the living room, connecting the Bar with a subwoofer to the TV, and fitting Wedge into the kitchen corner. Yes, for such a set you will have to pay about seven thousand dollars (or more) – but I'm talking about an ideal future, where everything is OK and you can spend money on cool audio.

Waiting for a test of Formation components and, of course, waiting for a miracle. Yes, yes, I perfectly remember other attempts by companies to create their own multiroom format: for example, there was DTS Play-Fi, but it didn’t fly. I myself came across it when I tested the Definitive Technology speakers. Here the acoustics are beautiful, but the software is just the opposite: either the network device stopped seeing, the network was there, the sound was not transmitted, or something else. I really want to believe that Bowers & Wilkins took into account the mistakes of their predecessors and tried to go all the way along the blade of the knife, preserving the corporate sound and not giving the user problems with the work of smart systems.

We are waiting for Formation in Moscow!

iMac with 23-inch display will be shown this year

The design of iMac monoblocks has long been in need of updating. No, they still look chic and wonderful complement any workplace, but what a huge frame the iMac has! It is especially painful to look at them after thin and identical frames of Pro Display XDR. According to insiders, in the third or fourth […]

It will take another two months before we will see a new 4-inch Apple smartphone. However, this does not prevent designers to realize the ideas about a new Apple product in the form of three-dimensional renderings. From the establishment of the concept of novelty could not resist the Dutch designer Geert van Uffelen. The artist […]