The author of the YouTube channel “Jay about gadgets” decided to have a test and drop one month from the MacBook Pro in favor of Windows-notebook Acer Aspire S13. Blogger told me what problems he had to face when working with Windows 10 and how he solved them. We will focus not only on the operating system itself, but also about computer usage in General. 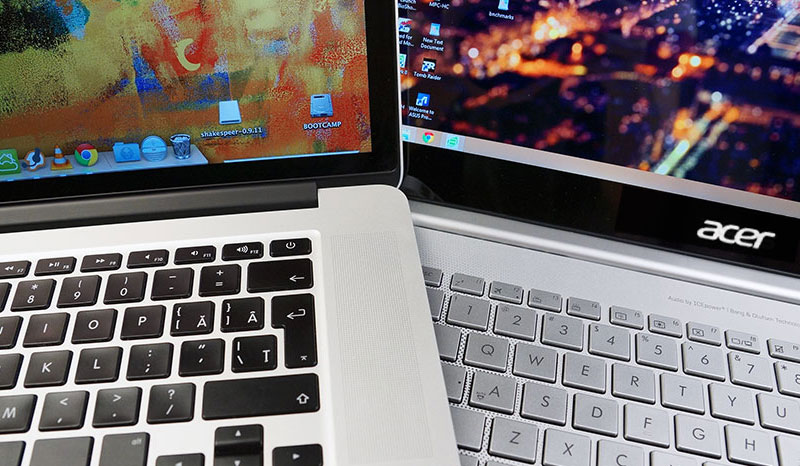 Of the laptop Acer despite a decent price tag were some serious flaws that spoil the impression about the device. First, the Acer case is not strength, as on top of the camera, he simply began to split. Second, the keyboard backlight was uneven – some keys are illuminated more intensely, some less. It has three levels of illumination or off, not very bright and too bright. For comparison, on the Mac you can adjust the keyboard brightness by itself.

Plastic on the working surface is easily soiled, fingerprints and other traces of rubbed not so easy. Your laptop has a sticker with technical specifications that catch the eye and spoil the design of the device.

The next problem rather concerns not specifically Aspire S13, and Windows laptops in General. Trackpad. Owners of MacBook almost never use the mouse, as the touchpad on the laptops is really very functional. In the case of Windows machines to work with a trackpad is not so convenient. It is not very accurate making for a complete and comfortable work it is necessary to connect the mouse. 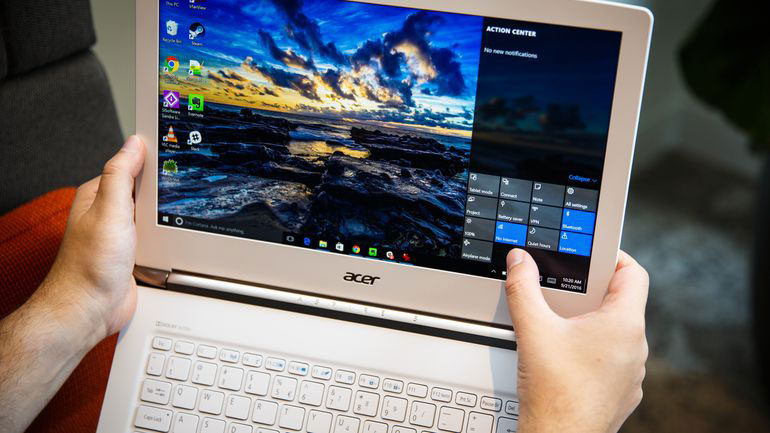 In addition, a Windows laptop was very noisy compared to the MacBook Pro.

As for the cons of Windows itself that blogger counted ten of the shortcomings and difficulties of working with the OS. You should start with mail. The standard mail app in Windows 10 is seriously inferior counterpart on the Mac in many ways. For example, there is no possibility to add HTML signature. Third-party mail clients are also pleased because of the awkward design. With Outlook there is a problem with syncing Google calendar if it is not public.

Another point: few people pay attention, but Windows laptops without number pad of your keyboard it is impossible to put a long dash, which has to do with a hyphen, although this is different signs. The same applies to quotation marks–””””””.

Every Windows user at least once faced with the error “display Driver stopped”. On the test machine it was a real issue that sometimes causes to freeze the running program. The problem is quite common on Windows and very unpleasant. 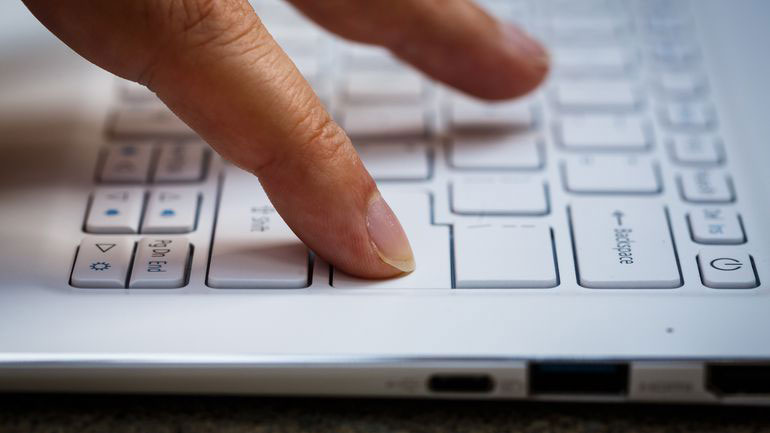 For some reason, some programs are scaling looks blurry. For example, iTunes if you change the settings it looks not very good. On macOS, this is no problem with any display resolution apps look the same.

It is also worth noting that Windows is not very good at working with video editing that is marked by many videobloggers. When video editing in Adobe Premiere Pro crashes or even gives “Blue screen of death”. Because of this movie, which on a MacBook Pro was mounted for an hour, on a Windows laptop took 5-6 hours

Another problem Windows 10 – two of the same keyboard. If you open the language bar, then duplicated Russian or any other language. When you switch language keys, unnecessary language system jumps, but it looks unusual. 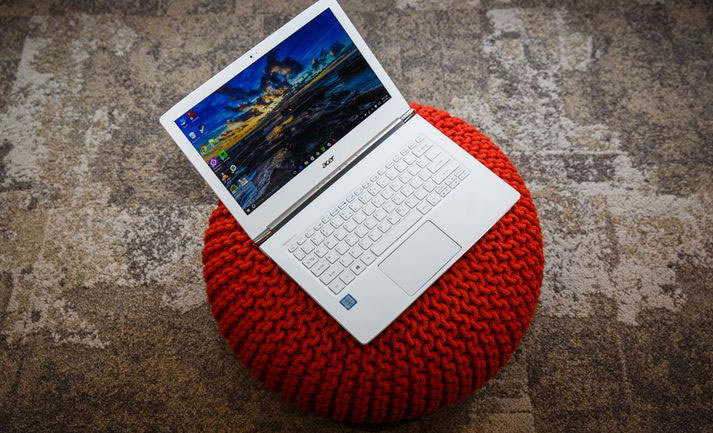 The last issue again concerns the trackpad and scrolling. In some applications the scrolling works smoothly, in others tolerated, but there are times when the page is scrolled intermittently and incompletely. On macOS, the scrolling in all programs works the same way.

Finally, the blogger noted that while Windows 10 is quite stable in the process there are often small and seemingly insignificant problems, which later begin to irritate.

“The laptop is on Windows, you can use it. But always there are some little things, like you’re constantly stepping on a pebble in sneakers. And you realize that not everything is so great and you as a Windows user sometimes have to suffer. And Windows in the plan does not relax, does not dive into the process,” he concluded.

Adapter to connect standard headphones to the iPhone 7 was included in the list of the worst gadgets of 2016. The rating, which includes smartphones, laptops, watches and other gadgets that made up the reviewers Engadget. In 2016, Apple released the first iPhone, which lacks a 3.5 mm audio Jack for headphones, offering users to […]

Line of Samsung Galaxy smartphones is the most popular in the Google ecosystem, it was ahead of the model all the other Android manufacturers. Resource WebpageFX has dedicated a whole article comparing gadgets of the South Korean brand and the iPhone. As they say analysts, the Galaxy series is popular due to the large number […]

With operating system version iOS 11 Apple intends to introduce real support for multiple users. This feature, according to 9to5Mac, should become the main innovation of the new OS on the iPad.