The Verge invited specialists of the company Vox Media to conduct “blind” test the sound quality of the three streaming services Apple Music, Spotify and Tidal. The latter promises surcharge sound with a bitrate of 1.4 Mbps, which corresponds to CD quality, while Spotify supports 320 kbit/s, and the Apple Music – 256 kbps. Service Apple, however, due to the improved decoding scheme (AAC vs Ogg Vorbis Spotify) is the higher quality. 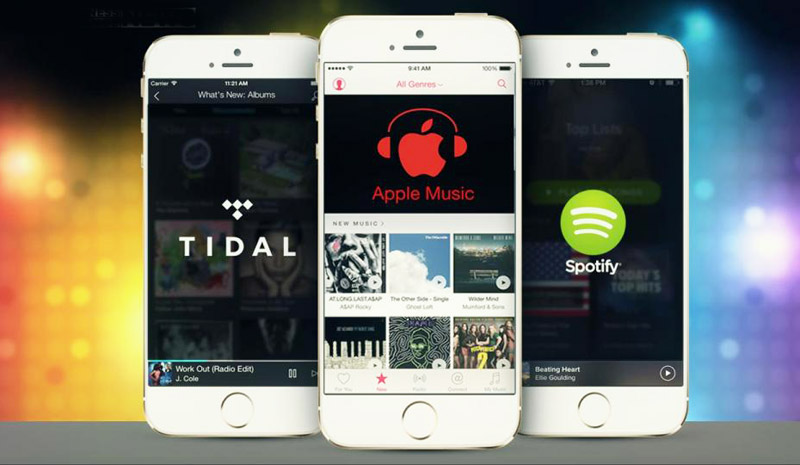 For high-quality transmission of sound were chosen headphones Sony MDR-7506 is a popular, neutral sound, relatively inexpensive. They can connect to iPhone 6 Plus. Invited experts listened to the same song, not knowing which app it plays, we used the maximum supported streaming service bit rate.

Experts evaluated the quality of sound on three songs: “Complexion (A Zulu Love)” Kendrick Lamar, “Digital Witness” group by St. Vincent and “Fanfare for the Common Man” by Aaron Copland. After listening, they will compare the quality and was told, had provided a service noticeably better sound, or they were all about the same.

The results of blind testing has shown that confidently is the leader of any of the services is impossible – it seems that the data was received almost at random, notes Hi-tech.mail. Spotify lucky little less than the Apple Music and Tidal. In 29% of the experts did not find any differences in the sound tracks. Tidal, which attracts users with a high bitrate, definitely not won first place in the research; in some cases this service is generally called an outsider.

“Perhaps it is because we used average headphones that were connected to the phone. If you repeat the test on a home audio system with expensive components, say with very expensive headphones or very expensive speakers, you can hear the difference. But in the case of mobile audioservice – mobile streaming – it seems that not a lot of sense,” concluded the experts.

Read also:   Apple has patented an iPhone with a circular display

If in a “blind” test, Apple Music, Tidal and Spotify demonstrate approximately the same quality, the choice in favor of one or another streaming service worth doing on the basis of other indicators: cost, convenience of the interface, system recommendations, etc.

Company Xiaomi has announced a new pocket battery Mobile Power Bank Mi 2, is designed for charging portable electronics away from outlets. The device used a battery capacity of 20,000 mAh. it is Argued that a full charge will be enough to replenish the energy of the iPhone 7 eight times. The iPad mini can […]

Elephone company is currently preparing to launch sales of the smartphone R9 with powerful 10-core processor, but pre-announced its new flagship model. The company promises that the phone, reminiscent of the design of the flagship Apple device will become the most prominent of all that went ever under this brand. R9 Elephone smartphone with 5.5-inch […]

Kantar: iOS share grows in all markets except the US and Spain

Analyst firm Kantar Worldpanel ComTech released new figures for the situation on the world market of smartphones. Pay attention to the strengthening of the position of iOS in many countries. Strangely enough, but the most successful country for iOS was not the USA, and Australia, where its share grew over the year with 29,31% to […]