BlackBerry is considering using in its smartphones Android operating system. According to Reuters, the choice in favor of the mobile platform Google can be seen as an acknowledgement that the device with its own operating system BlackBerry 10 has not helped the company to return to the smartphone market. 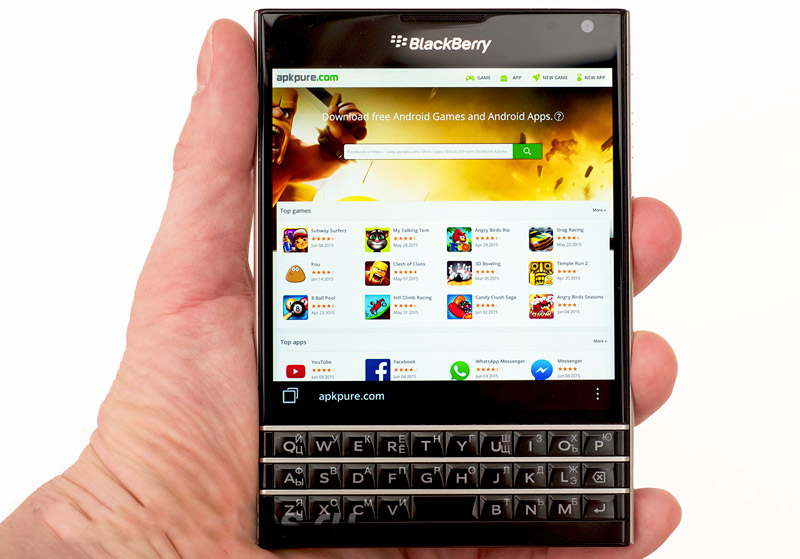 According to anonymous sources, the move to Android is part of the strategy BlackBerry that would incorporate the efforts on application development and management tools smartphones. The company, once speaking one of the major participants in the mobile market, now occupies less than 1%.

It is unclear whether this discontinued production of the current line of BlackBerry 10 devices, the first model which with great fanfare was presented in 2013. Despite rave reviews in the first reviews, these devices were late in entering the market, already divided between iOS and Android.

BlackBerry has responded to a question from Reuters about the possibility of switching to Android. In the email it says that the manufacturer does not comment on rumors, but remains committed to the operating system BlackBerry that provides “unparalleled advantages in terms of safety and performance”.

BlackBerry promotes corporate management system mobile devices BES12. However, the manufacturer is difficult to convince customers that the system BES12 not only compatible with BlackBerry smartphones, but also with devices running Android, iOS, and Microsoft Windows, notes Ixbt. In this context, the issue of own apparatus with Android OS can be considered as a step designed to break the stereotype and demonstrate the versatility of BES12.

The most likely candidate to use Android called the smartphone with a curved touchscreen and slide-out keyboard, which is expected out in the fall. A prototype of this device BlackBerry showed on MWC2015 in March of this year.

Pokemon Go has stopped working on iPhone and iPad jailbreak. How to bypass the lock

New version Pokemon Go (1.7.0 for iOS and Android 0.37.0) has blocked the usage of game devices subjected to jailbreak. Thus, developers struggle with bots and cheaters. However, users in the Network have found a way to bypass verification. After updating Pokemon Go some gamers faced an error while trying to run the game. It […]

BlackBerry has reached a deal to acquire its rival in the market of security software for mobile devices Good Technology. This is stated in the press release of the canadian company. The amount of the transaction, which will be made in cash, a $425 million transaction is expected to close in the third quarter of […]

Samsung demonstrated the capabilities of its foldable smartphone

At the beginning of next year, Samsung might introduce two smartphones with foldable displays. But until that happens, the Korean manufacturer is actively preparing the ground for new gadgets. This week, the company has applied for a new patent, which describes the features of the gadgets with flexible screens. Samsung will use flexible screens in […]