Perhaps, everyone ever heard about the famous series of comics “the Walking dead” and removed based on it the series. The striking success of the franchise is unlikely to leave anyone indifferent. Russian company Nova Games has decided to realize his vision of post-apocalyptic world in the format of mobile games, “Bite!”. 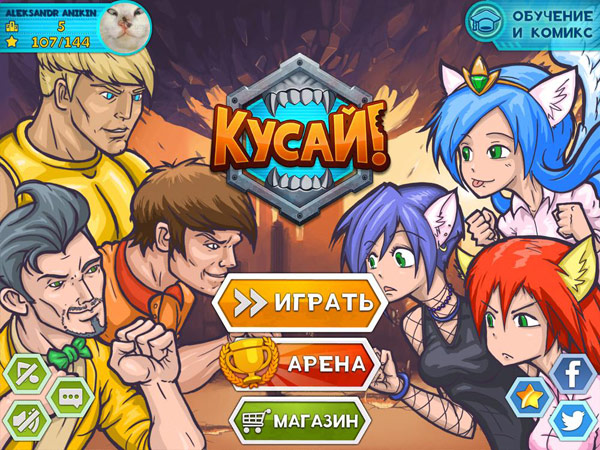 New release for iOS is a very unique title in the genre of “logical turn-based PVP puzzle”. It is based on the end of the world and the life after it.

The story begins with a demonstration of the comic (an indirect reference to the works of Robert Kirkman and Tony Moore), which describes the background of the events in which we are to be. According to the “annals”, the Earth suffered a catastrophe in the form of a meteor shower. The shards have turned people into monsters obsessed with the desire to bite the representatives of another species and enslave them to his will. The end seemed inescapable…

The developers did a good job, “turning” such a deep story line in an interesting and sometimes very difficult gameplay. In short, the game is to catch the newly-minted fighter for survival. 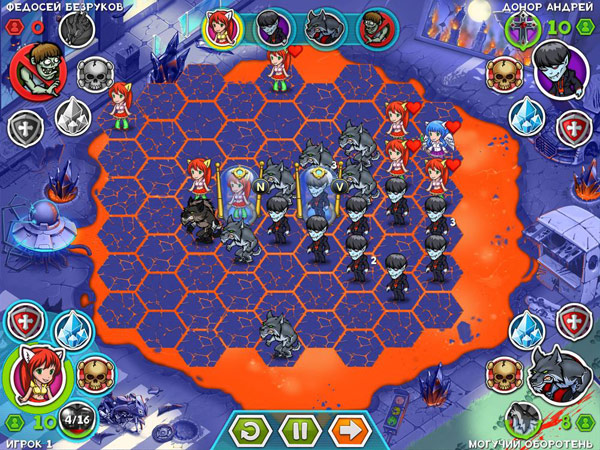 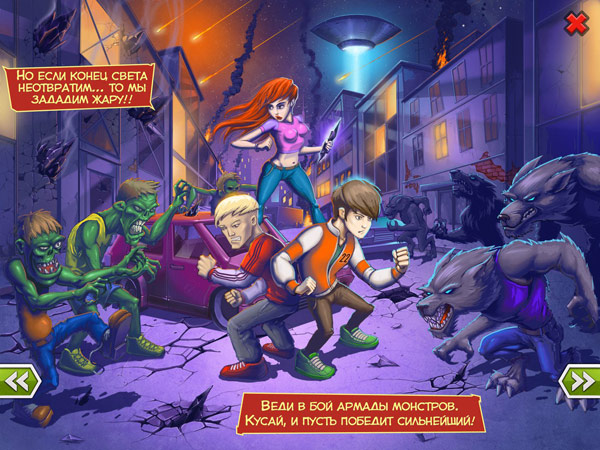 How to declare themselves the creators, their offspring based on the gameplay of the “Hexagon”. Based on the classic genre puzzle game has a number of unprecedented features. First of all, the perfectly designed balance, despite several playable races and a variety of superpowers will help you choose characters based on your own preferences. No “overpower”characters. Everyone is equal and subordinate to a single game of “democracy”. Secondly, many have already implemented campaigns and maps that are interactive playing field, without doubt, will entice you into the virtual world of survival.

And really, post-apocalyptic world is very extensive and rich in surprises. For example, you have to play not only the role of man, bonamego for the right to life, but also to visit in the skin of other races, of which only five. Players available not only humans, but werewolves, vampires, beauty and, of course, zombies. Each race has its own key skills that are inaccessible to others. In addition, they have exclusive powers, the timely use of which can completely turn the tide of the match. But this features does not end there.

After gaining experience in the training offline battles, you can try yourself in the role of a PvP fighter, taking part in real battles with real players. You are waiting for an exciting duel on 2, 3 or 4 players and even ranked matches, rewards will be very generous. In addition, the game encourages the daily intake of small amount of bytes (the local currency). 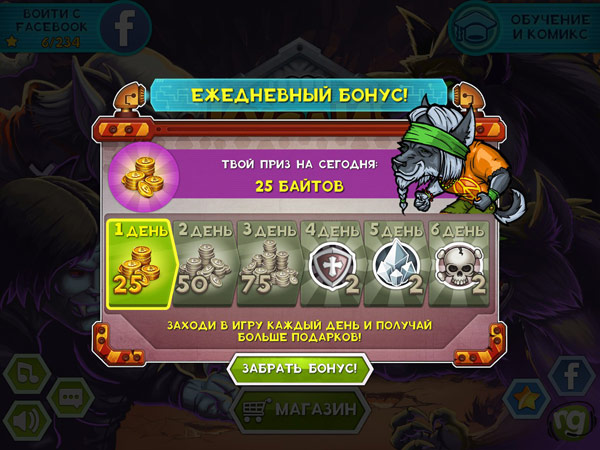 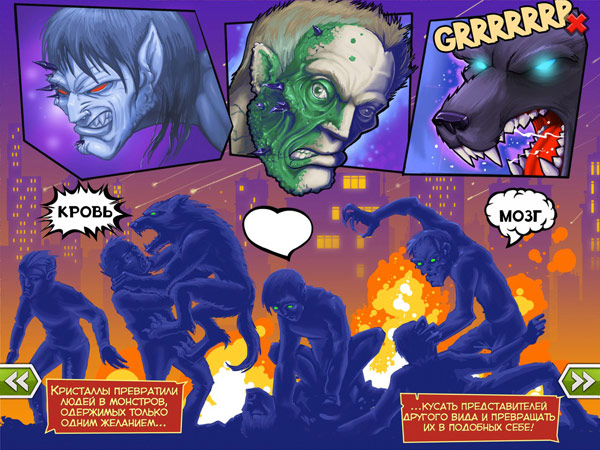 Players have six full campaigns with all sorts of stories, but the creators, it was stated several more currently under development. The gameplay is built in the format of filling the empty cells. In order to win, you need to “bite” all enemy characters before it will do it. With each new stage to do it gets harder and harder and the game, initially seeming very simple, after several moves can lead to a deadlock even the inveterate puzzle lover. From each turn will depend on whether you will be able to take over the Earth and survive, or not.

In order to diversify the moves, the developers, as mentioned above, gave each race special and unique superpowers. For example, the ringleader of a gang of vampires has the ability to teleport to any empty cell and, thus, more likely to enslave enemy characters. The zombies are armed not worse: when moving into a neighboring cell, they call to the rescue of their kin, who with special cruelty make the “black” business. 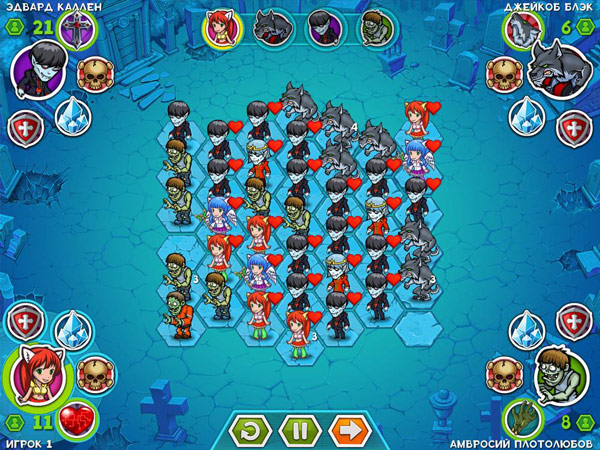 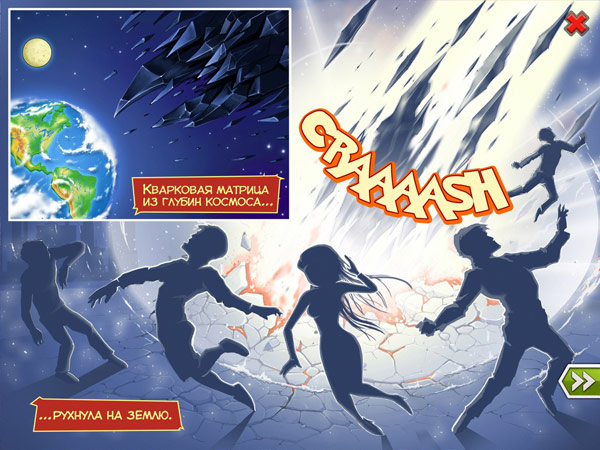 As for the game interface, it doesn’t look confusing or crowded objects. Nothing superfluous, only the Essentials, including the scale of health, superpowers and technical button to exit the menu.

“Bite!” is free and anyone can now freely download it from the App Store. Regardless Freemium model, the game pulls you out of money, offering to pay just for a new campaign or an interesting image of the character. However, buy gaming abilities still exist, but the urgent need for them, your humble servant didn’t notice. Excellent study of the affects balance. 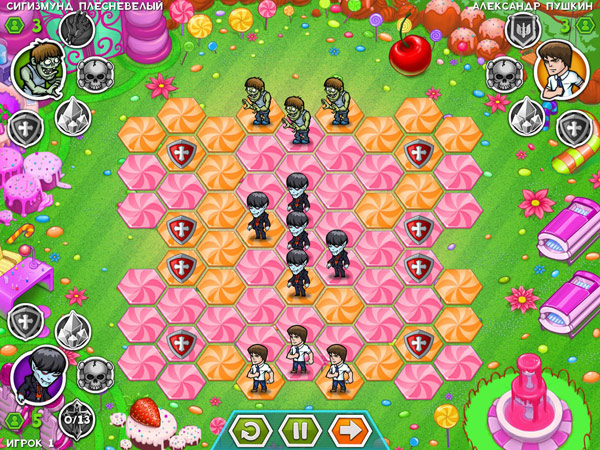 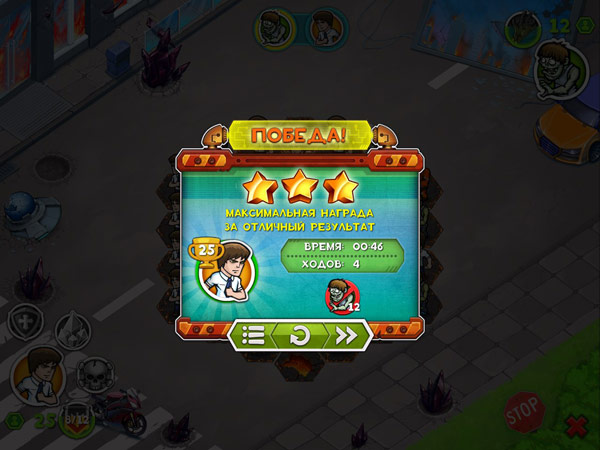 Very interesting look of the so-called skins of the characters. For a surcharge, you can wear a rapacious and treacherous zombie mask fun poodle, pirate and even a pioneer. Looks funny and yet very cool.

I would particularly like to mention professionally executed and very amusing soundtrack and to Express special thanks for the introductory comic.

The game can be called not just the best, but even the unique representative of the genre arcade games logical step-by-step. After a couple of levels, you simply will not be able to put it down, so it is fascinating and interesting. Definitely worth to try, will not be disappointed.

Popular cross-platform app iDisplay allows you to display your computer image on the screen of the iPhone or iPad temporarily became free. The usual price of apps in the App Store is 1490 rubles. If you don’t have enough workspace on the screen of your Mac or Windows PC, do not have to buy a […]

“Why I am ready to switch to Android: confessions of a fan of Apple

The army of fans of Apple as users increasingly shift to gadgets and Google. the iPhone is still in fashion as “Apple” laptops, but the Apple ecosystem-only their” inferior hospitable Google, which lures the user first to Gmail, then to the cloud, and then — in all of its services, which transparently synchronized between themselves […]

In late October, Apple released the first beta of iOS 9.2 for developers, and now, a week later became available the second test build of the new mobile OS. The release is available for download on the website of the developers Dev Center section. The public version of iOS 9.2 beta 2 is expected soon. […]