“Beeline” was the only one among the big four Russian operators that have received a positive effect from introduction of services of mobile number portability (MNP). This is reported by “Vedomosti”. 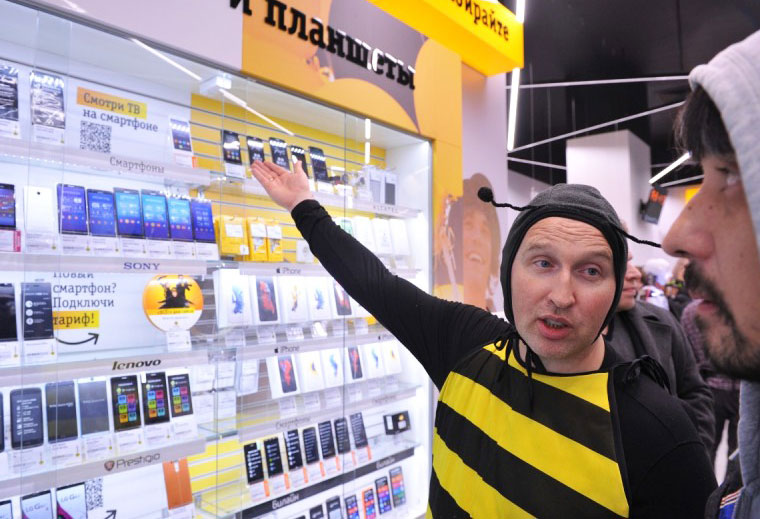 We are talking about the difference between past and connected to the operator customers porting service for all time of its existence. For “Beeline” this balance amounted to 214 000 plus customers by 30 June 2016, says one of interlocutors of the edition, referring to statistics crid. An employee of another company having access to the statistics ZNIIS, in an interview with the publication cited other figures: the net result of MegaFon, excluding its subsidiaries Yota amounted to 213 000 subscribers (it is noted that given the Yota is still negative) from Tele2 or minus 45 000, MTS – minus 4 000. “Beeline” – 200 000 plus subscribers from December 2013 to end of June 2016.

In “the Megaphone” at the request of the publication replied that he did not know “where to get [these] data” and cited internal statistics of the company at which the balance of MNP transitions from the operator are positive. Representatives of MTS and Tele2 declined to comment, and “Beeline” said that the company has long records a positive balance of ported numbers.

The principle of retaining the subscriber number when switching from one operator to another – the law “on the abolition of mobile slavery,” in mobile networks in Russia, effective 1 December 2013. According to the Ministry of communications, the mark of 1 million ported numbers was achieved on 9 February 2015, the figure of 3 million — March 30, 2016.

Yota will offer a 30 percent discount on voice services and mobile Internet for owners of smartphones iPhone. This offer will be valid indefinitely. As reported by Comnews, the first stage of promotion is available in Moscow and the Moscow region, in the future it will operate in other regions of Russia. Now Yota in […]

Yota for two months increased the number of subscribers by 50%

The number of subscribers of the operator Yota has grown from late August to October 2015 at 50%, the company said. For the first year since the launch of voice services in wide commercial operation in August 2014 Yota has attracted 1 million subscribers, and over the last two months — even 500,000 users. As […]

The loss of the developer of the first Russian smartphone with two screens YotaPhone, company Yota Devices, from 27 April until 30 September 2016 amounted to 60,6 million Hong Kong dollars (about $7.8 million at the exchange rate on Thursday). About this “Vedomosti” with reference to statements of the owner of 30% of the company, […]