What is your first Association when you hear the name of the Studio Rovio? Of course, Angry Birds is the best game launched from the slingshot birds, ported to mobile platforms seems to have on any toaster. Race, roleplay, amusement parks, sodas — it seems that the Finns, along with its birds and pigs will grab not only all the media, but every aspect of our everyday life. And suddenly, when the developers have already lulled the vigilance of the public, a new game… and in it there is absolutely nothing usual for this Studio. 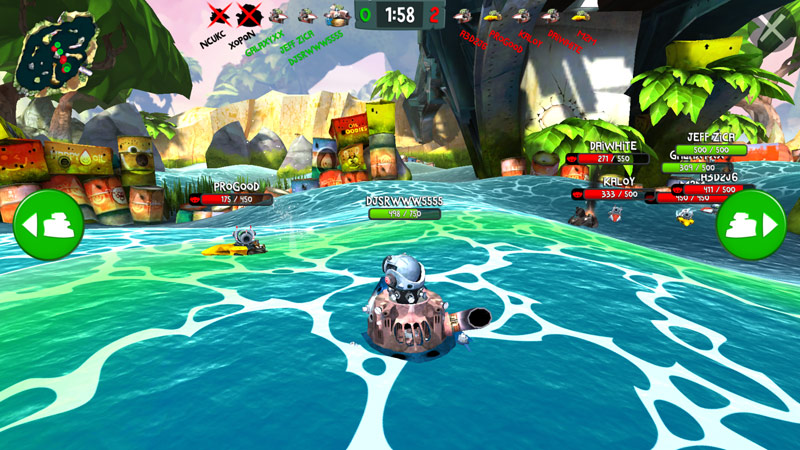 Battle Bay is the new project of Rovio is more like the famous World of Tanks from the Belarusian Wargaming. With a small exception — the action takes place on the water, and instead of tanks under the control of the player are issued with the boat.

And as you may have guessed, the game is fully tuned for multiplayer. Kind of a mixture of WoT and Dota where one team of players tries to destroy the other in sea battles 5 on 5. 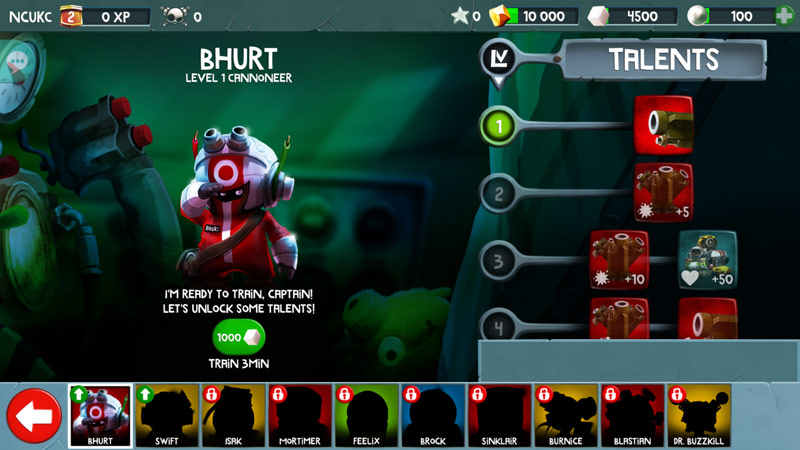 However, the situation is complicated by the fact that the hell you are on the water — so the terrain is constantly changing. Wave and then close the enemy without giving you a chance for a good shot, even if you have good aim. Quite a controversial decision for the game in real time — to create constant problems for all participants in the network battle.

But even if you leave the mechanics of the game as a whole and focus on individual items, for example, the management, the situation is not getting any better. The boat is awfully clumsy and slow. Aiming of the weapon has too low sensitivity. Plus the constant rocking on the water — after the first fight I want to quit. But… 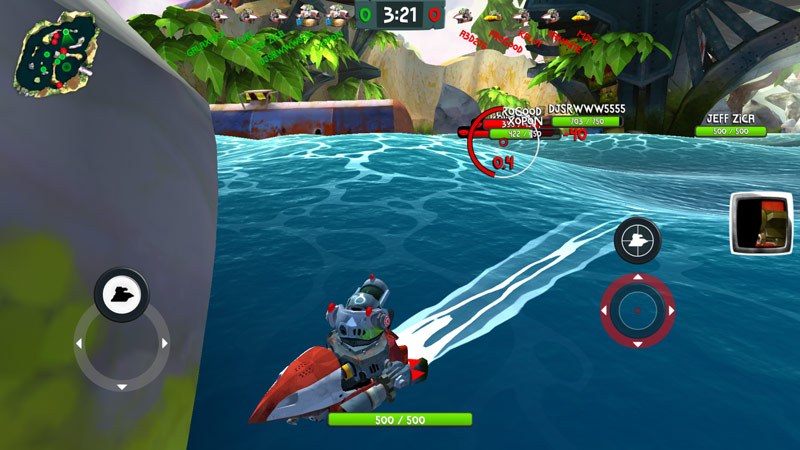 Rovio would not have been well-known Studio does not know how properly to calibrate the balance and to motivate the player. Giving the game a couple more chances to reach their potential, you may be surprised to find that was involved in the process. And here it becomes clear why in the beginning everything is so uncomfortable. As you participate in the fighting, increasing your level and the amount earned in games money. And, of course, to buy the store a new gun, the boat or the hero becomes the target for the next few rounds of the game. Because with each new improvement in the game becomes not only more convenient, but also more interesting. 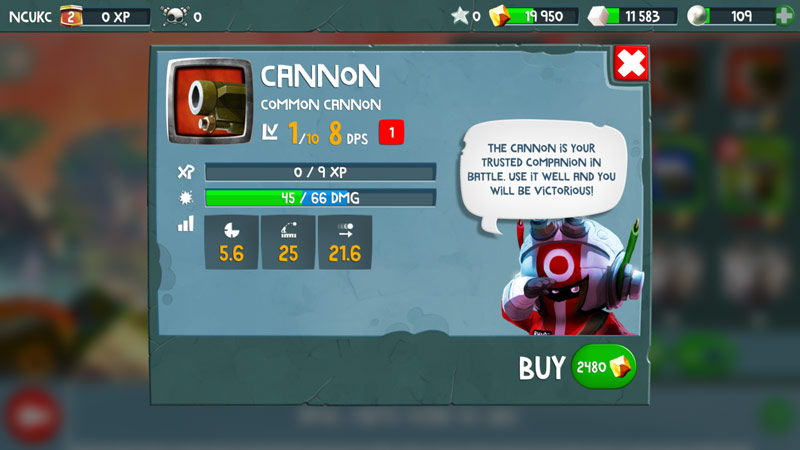 Yes, the fundamentals of any Free2Play games work flawlessly in Battle Bay. Play, earn, spend and play again. Simple, familiar and understandable mechanism of earnings. But so attractive for the developer. 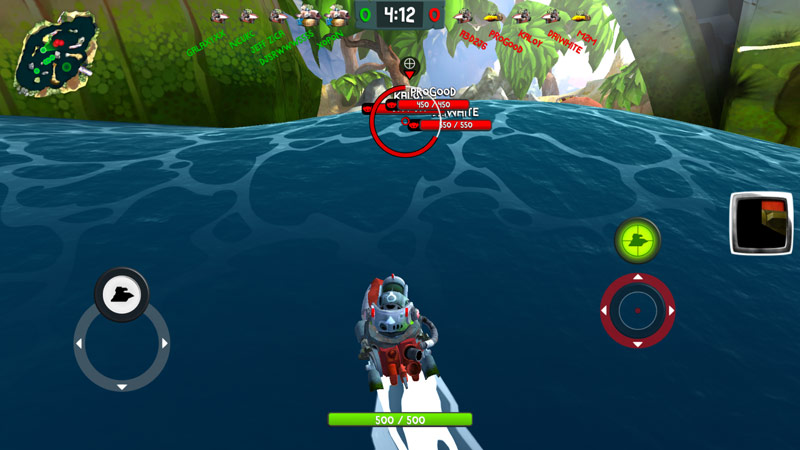 At the moment the game is under “soft launch” and is available exclusively in the canadian App Store, so no account of the region concerned to play will not succeed. However, players wanting to sink your virtual boat in salt water, sufficient. So the problems with waiting for a set of participants in a team no.

It should be noted that the network code and the game is optimized perfectly. For all the time that was spent in battle, there was not a single “departure” from the game or lag caused by high ping. By today’s standards, it’s worth it, given the constant online component of the game.

If you’ve seen enough of “tanks” from the Belarusians and tired of MOBA from Valve, Battle Bay be able to give you forgotten the spirit of a competitive multiplayer and hours of exciting battles with other players.

Announced game My Tamagotchi Forever for iOS and Android

Two decades ago, the Tamagotchi has won the hearts of many players and seem to be able to do it again. Bandai Namco Entertainment has announced the app is able to resurrect the old game. It is reported by Toucharcade. My Tamagotchi Forever created by Paladin Studios, will be free, with internal purchases. World game […]

the iPhone 7 Plus: how to upgrade to a smartphone with a 5.5-inch screen and survive

The progenitors of the modern smartphones, most of them had the displays with a diagonal of 3.5 inches, and that was enough for everything: gaming, surfing, and even working with documents. iPhone for a long time as the standard used 3.5 inch screen. In 2012, a 4-inch iPhone, and two years later – a 4.7 […]

Sales of Microsoft in the 4th quarter reached $1.3 billion, showing annual growth of more than 40%, and revenue teams Surface for the full year was $4.3 billion OEM market sales of premium devices has grown, Microsoft also announced an increase in the number of defectors from MacBook to Surface. Of course, sales of the […]