Apple knows how to surprise. Presenting the first iPhone, the company has said it will not release a device with a stylus, and on Wednesday, directly denied the words of the founder, revealed to the public this product. There is a very interesting trend: many of those who shouted that the digital pen is a useless thing when interacting with the touchscreen, you begin to think that, in General, it’s not such a bad idea. 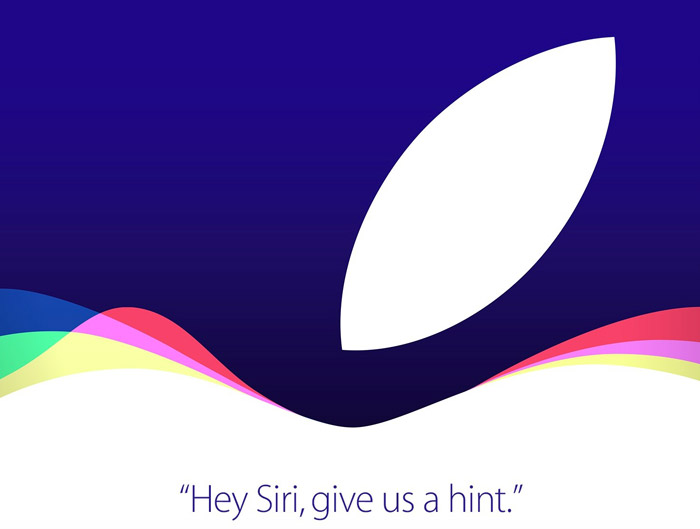 Such a grandiose announcement was not long ago. But it cost Apple a lot of work. And such efforts certainly did not go unnoticed. Still gossip doesn’t stop with an admixture of admiration, and, as in the circles of fans, and in the camp of haters and competitors. Representatives of the latter in the face of Samsung and Sony decided that their duty is to entertain the audience, bantering over a competitor.

The British division of Samsung has posted on Twitter the following message, with a hint of stylus Apple Pencil.

In another tweet Samsung beats the invitation to the presentation of Apple. Koreans are interested in that voice assistant is thinking about the smartphone Galaxy S6 edge. 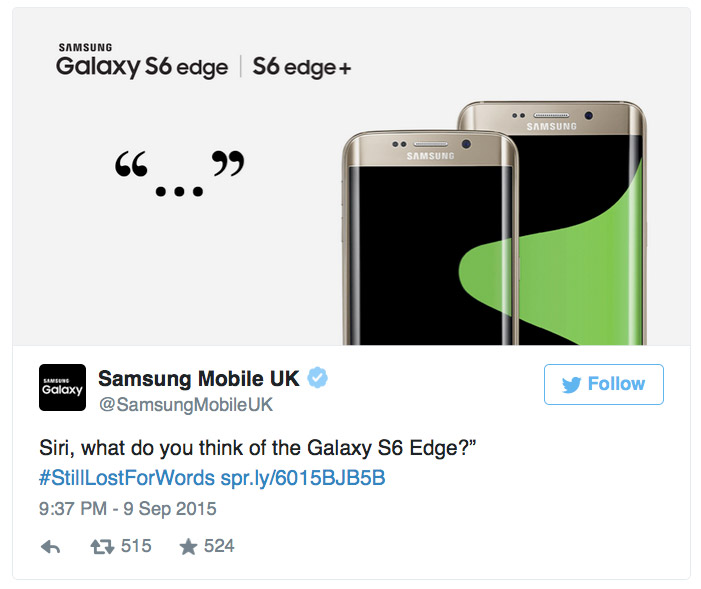 In addition to trolling the presentation of Apple, Samsung and walked on past music service Apple Music, reproached competitor of avarice. That, he says, only three free months, whereas Google gives buyers the Galaxy S6 and Galaxy S6 edge six months of free listening. 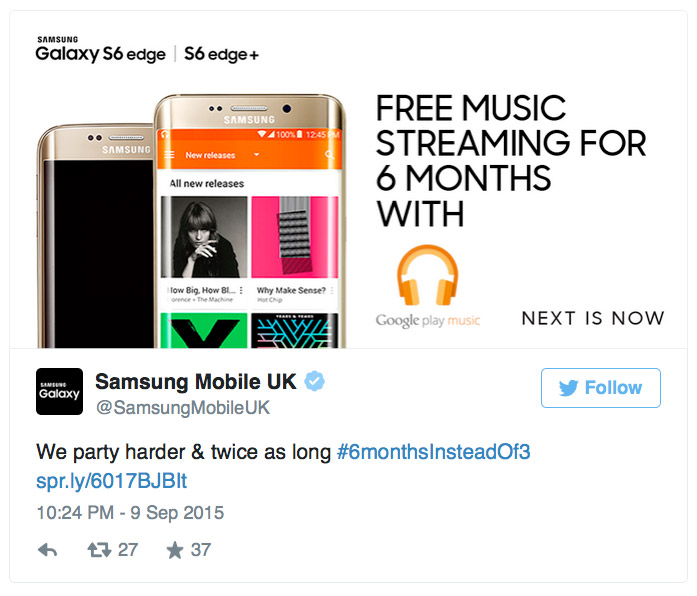 Another tweet hints at the superiority of the Samsung Galaxy S6 edge Plus over iPhone 6s Plus: 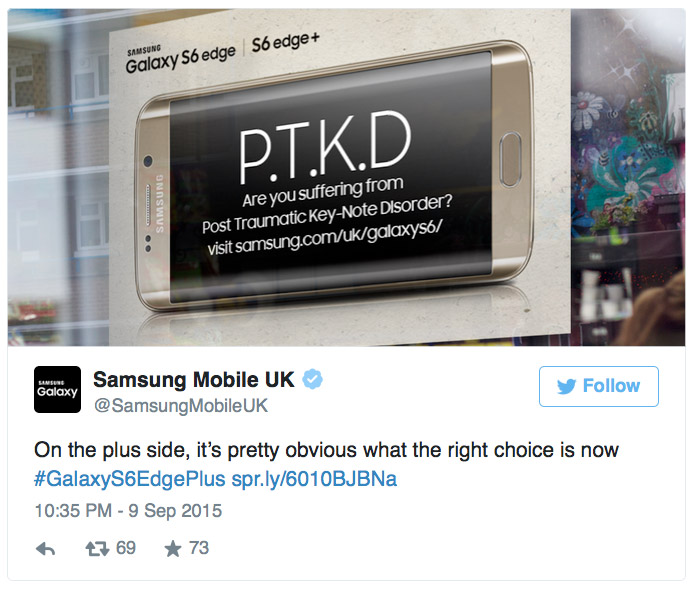 Tried to Troll Apple and in the Russian branch of Samsung. The company could not pass up styluses Apple. 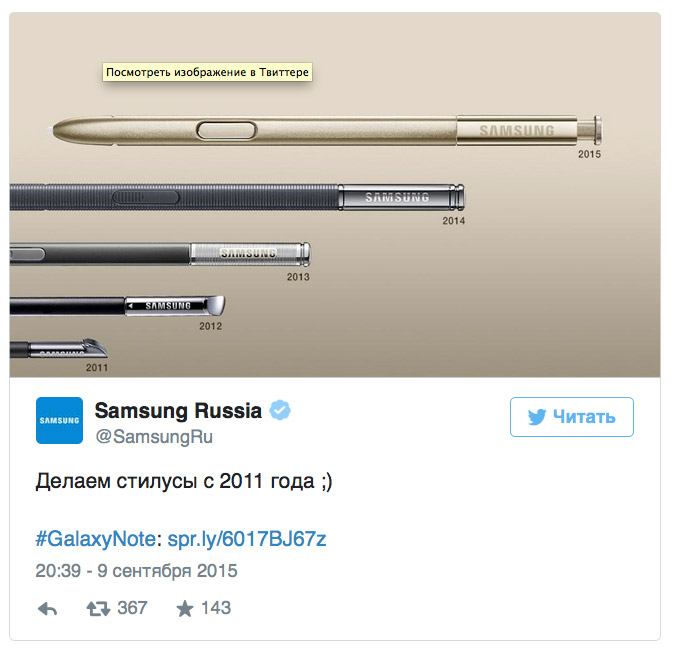 And finally the proud Koreans statement: “It’s obvious…no one will surpass us on our holiday,” Samsung said in referring to the Independent publishing house, which is called the Galaxy S6 edge Plus best Android smartphone 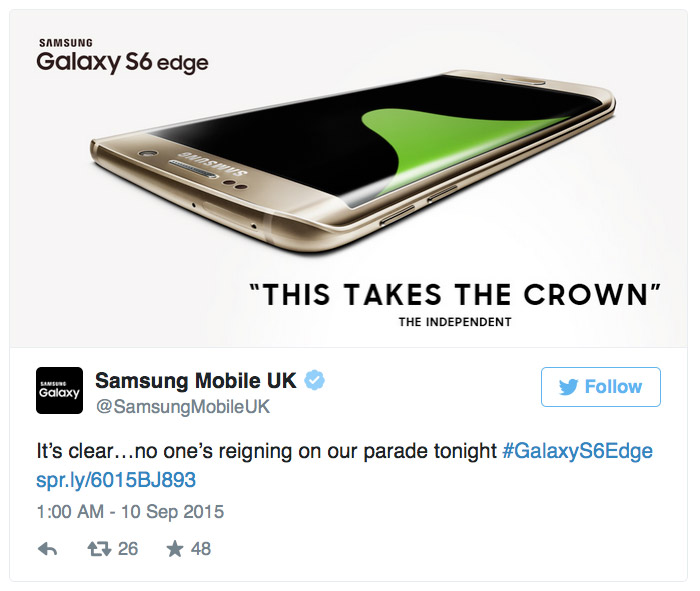 In addition to Samsung Troll Apple tried the Sony. In Twitter-account of the Japanese manufacturer were also seen a few messages. 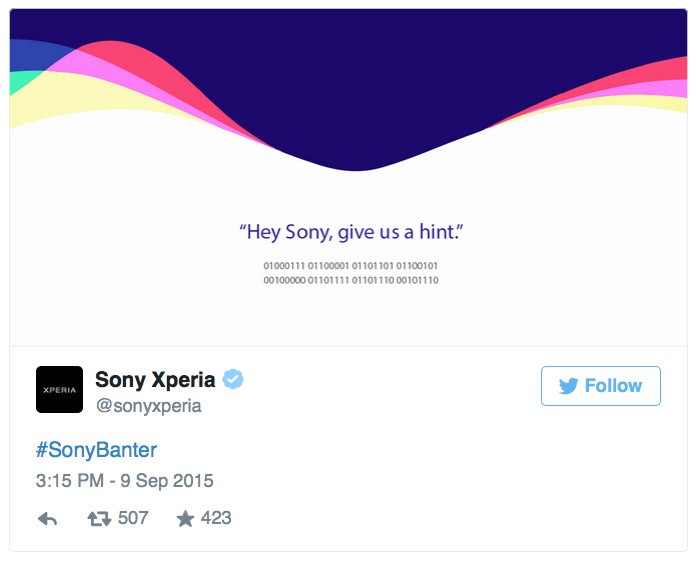 The second tweet share without hesitation praises the flagship Sony Z5, which received the world’s first 4K display. In addition to giant screen resolutions, the novelty can boast a camera with a 23-megapixel sensor, capturing video in 4K and two day battery life: 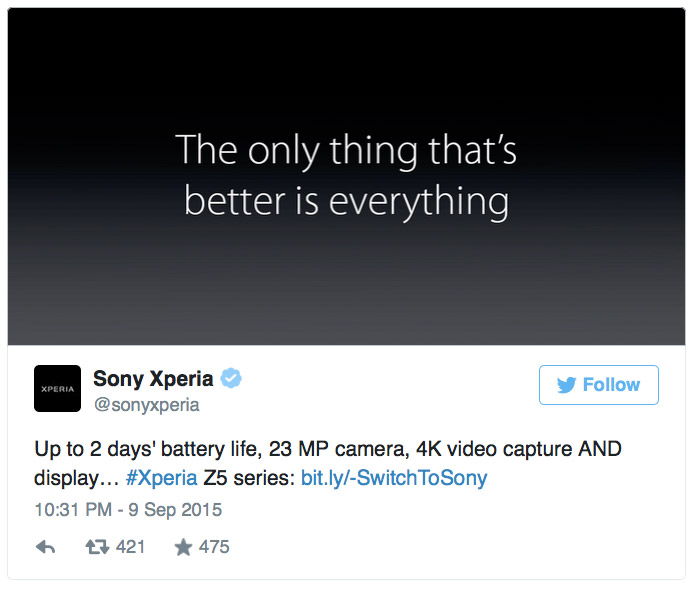 A few hours after the announcement of the iPhone 6s in Sony decided to play a trick on his rival, asking Siri about time new products and Recalling that the new flagship family of Xperia Z5 can last up to two days without recharging. 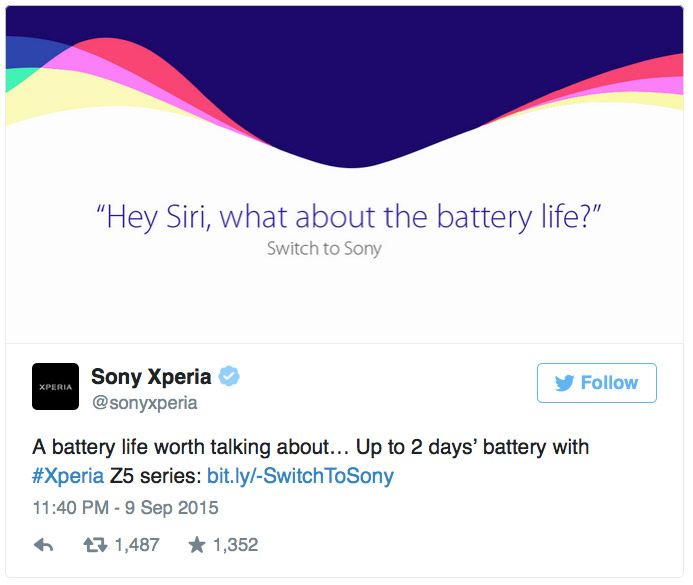 Sony offered users to think about switching to the Sony camp and gave a link to simple instructions on switching from iOS to Android. 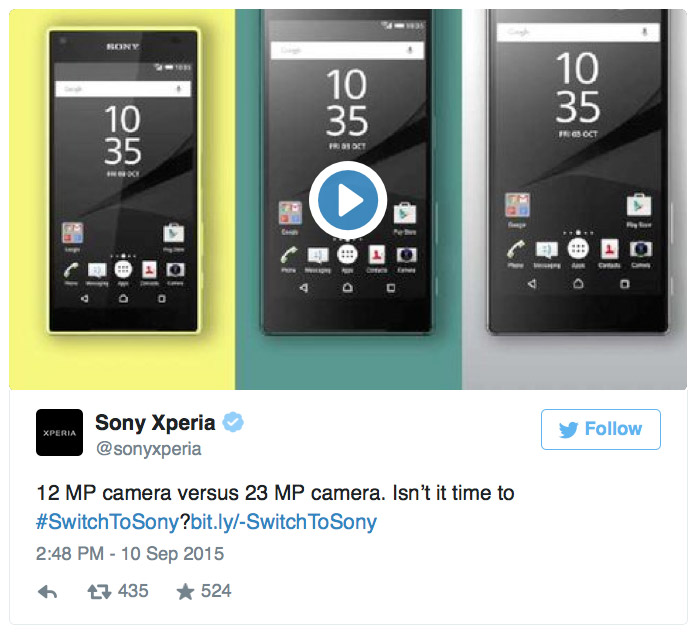 To encourage people to play sports, application developers implement a system of achievements and compete against friends. The company Sweatcoin went ahead and decided to encourage users to lead an active lifestyle with the help of monetary rewards. The idea belongs to Russian businessman Oleg Fomenko. Fomenko has launched the UK digital currency Sweatcoin (from […]

Apple will open an office in Vancouver in the tower 400 West Georgia The tower, named 400 West Georgia, is a 24-storey office building owned by Westbank Corp and Allied Properties REIT, which is scheduled to be completed by spring 2020. After completion of construction, the area of ​​the building will be about 110,000 square […]

The portal DroidLife has published details of the upcoming release reduced smart Home Mini speakers Google. Earlier in the network appeared rumors according to which Google is developing a compact version of the “smart” column of the Google Home cost $ 129. The announcement should take place in October, at the event dedicated to the […]