Apple knows how to surprise. Releasing the first iPhone, the company has said it will not enter the market with a device with a stylus, and last year, directly denied the words of the founder of the company, showing the public a product. There is a very interesting trend: many of those who shouted that the digital pen is a useless thing when interacting with a touchscreen, you begin to think that, in General, it’s not such a bad idea. Last year, chief marketing officer of the company argued that 16 GB is enough in the age of the “cloud”, and now the company presents smartphones with 256 GB. 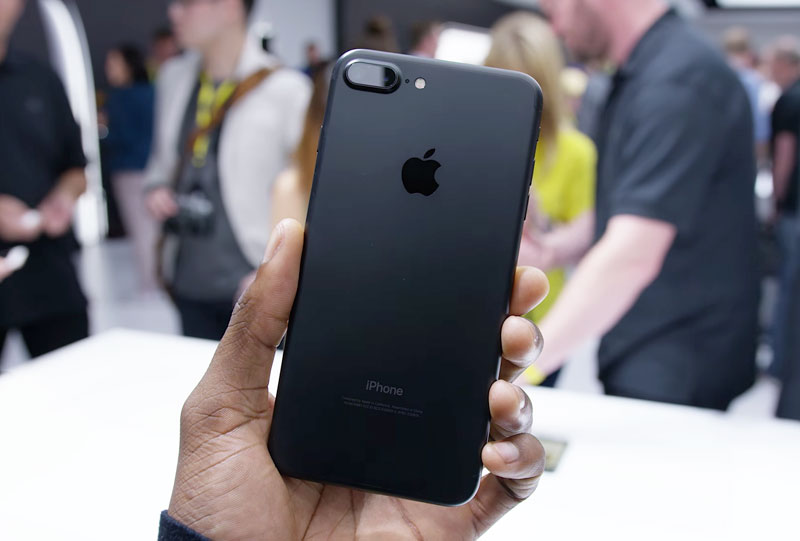 In fact such a Grand scale announcement was not long ago. But it cost Apple a lot of work. And such efforts, of course, did not go unnoticed. At the presentation 7 September, the lion’s share of attention got the iPhone 7 and iPhone 7 Plus. The device “Apple” brand has acquired a protected water body, improved displays, stereo speakers and dual camera. Still gossip doesn’t stop with a mixture of admiration, and, as in the circles of fans and in the camp of haters and competitors. Representatives of the latter in the face of HTC, Huawei and OnePlus have decided that their duty is to entertain the audience, bantering over a competitor. 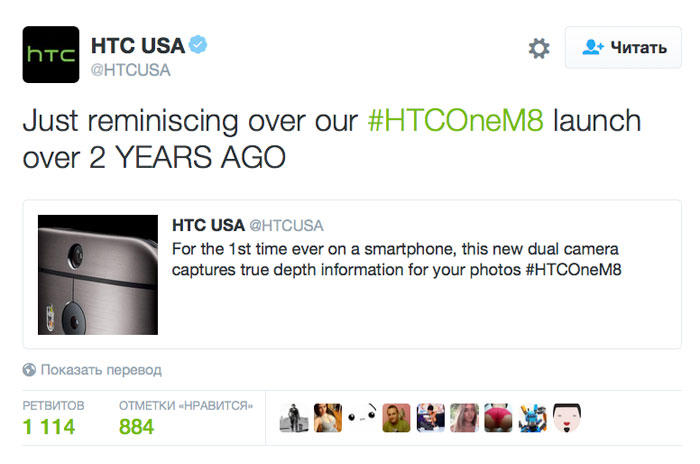 Huawei welcomed Apple to “the club”, Recalling that released back in April Huawei P9 is also equipped with dual 12-megapixel camera from Leica. Camera shoots from two modules and then combines the images using software. One of the modules captures a color image, while the second is a black and white picture with a focus on lighting. Monochrome element “interested in” just the sheer number passing through the lens light. The Apple used in the iPhone 7 lenses with different focal lengths, providing the ability to two-fold optical zoom. While “seven” is able to take photos with a bokeh effect as using professional cameras. 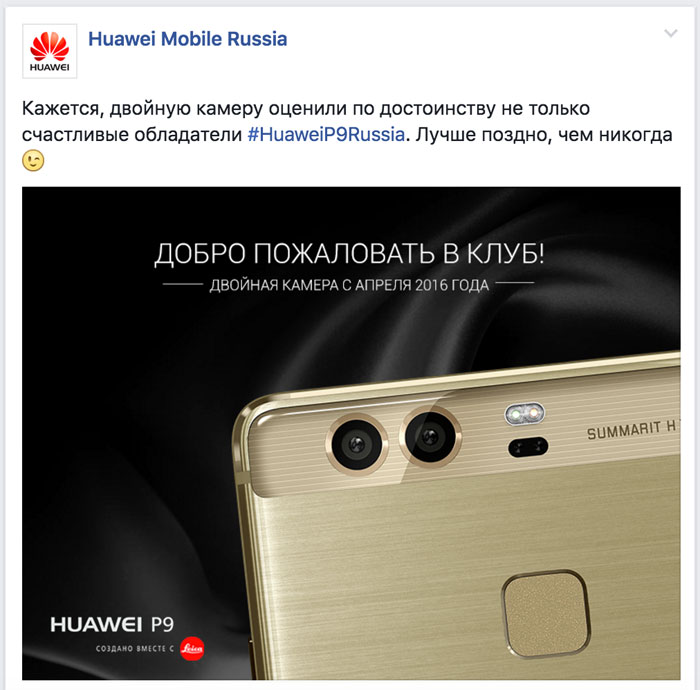 In fact, one of the first Android flagships with dual camera was the HTC One M8, and hastened to remind employees of the manufacturer. In a tweet, the company noted that the Apple event is reminiscent of the announcement of the One M8, which took place two years ago. In other words, Apple is a little late. Although, admittedly, the quality of the 4 megapixel images the HTC One M8 left much to be desired.

Honor is a subsidiary brand Huawei boasted to Apple and users of the model Honor P8, camera which also consists of two lenses and two matrices. 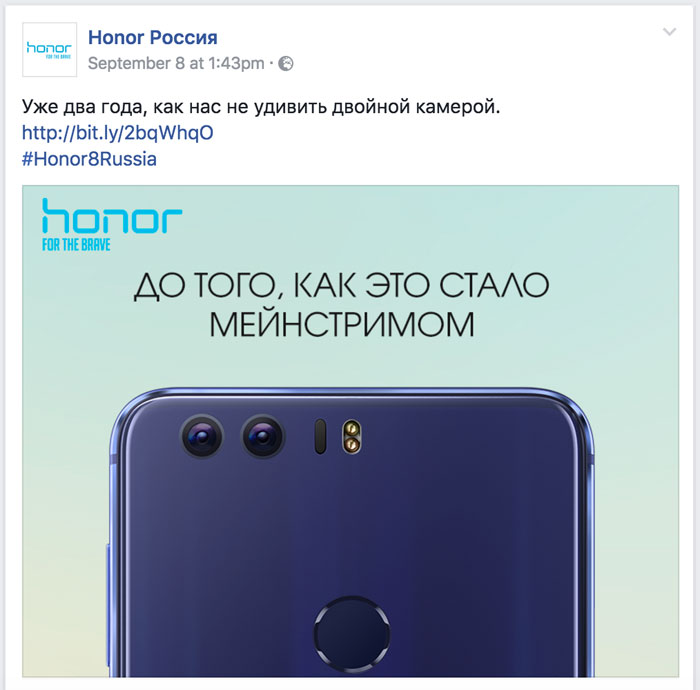 As noted Ferra, Chinese startup OnePlus, immodest specializing in “killer flagships”, was posted on his page in Facebook the photo of the lower end of the smartphone OnePlus3 with the comment: “you Have headphones. Have OnePlus3 have a headphone Jack. Nothing complicated”. 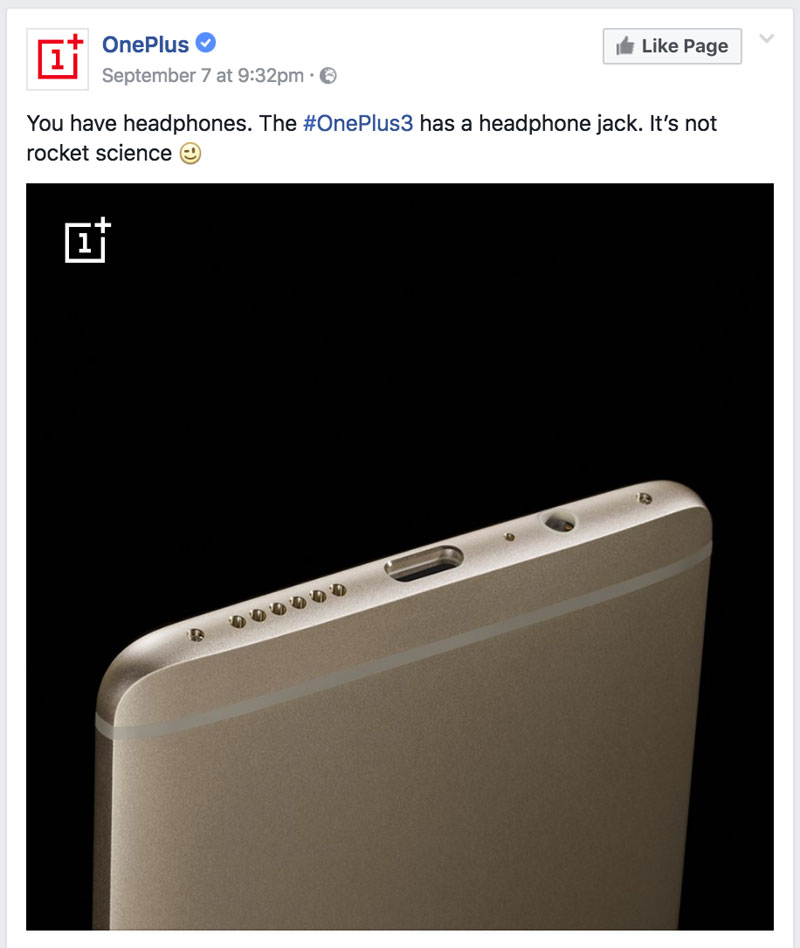 Not passed by Belarusian-Cypriot-Chinese Prestigio, boldly comparing with the iPhone 7 its budget smartphone Grace S5. In General, the author of this collage was probably the only person on the planet who had the idea to compare the iPhone 7 S5 with Grace. 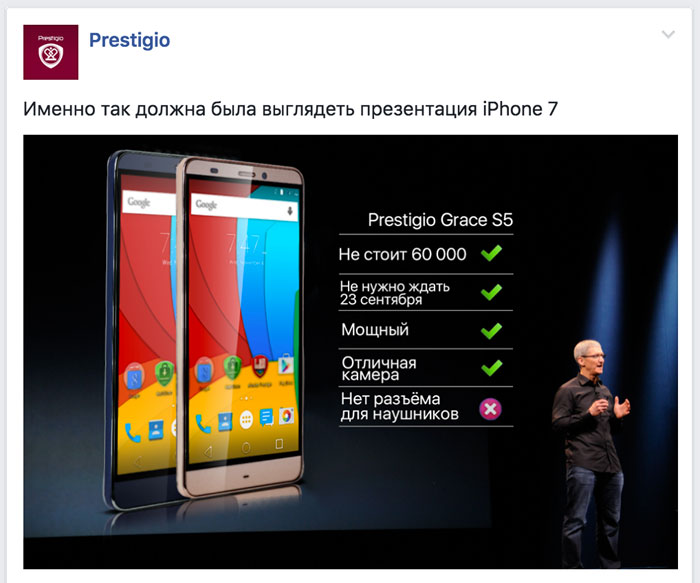 Google has released a mobile messenger Allo, which was announced in may at the conference Google I/O. the Main feature of a novelty — the wizard and intuitive interface. Messenger allows users to reply to messages with statements that the service creates automatically. Working with messenger starts with registering the phone number and connect a […]

Samsung officially introduced the voice assistant Bixby, rumors of which went the last some months. We are talking about svobodata personal assistant with features of artificial intelligence. Bixby will be built into future Galaxy S8. The manufacturer claims that the technology is “fundamentally different” from the other voice assistants in the market. She is the […]

Want to change the battery in iPhone XS, iPhone XS Max and iPhone XR? Are you going to contact an unofficial service center? Then know – Apple will not forgive this. Image from cnet.com IFixit experts have found the following. Installing a power source in a third-party SC will "outrage" iOS 12. She refuses to […]