Despite the news about the rapid spread of iOS 9, for some users attempting to install the update resulted in the failure of the mobile device. With the aim to solve the problem of these users, Apple has published a manual that describes how to revive the gadget. 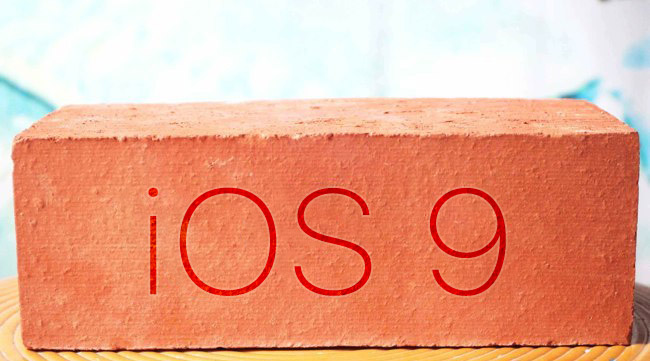 Social media Apple users complain off their mobile devices after trying to install a new operating system. We are talking about two different faults, one of which particularly vulnerable older models of the iPhone and iPad.

In one of the groups of users they said that installing iOS 9 stopped after a few minutes and had to start again. Users in social networks publish screenshots with the error message. Other users with older models of mobile devices complain that their iPhone and iPad hangs on the “swipe to refresh” (Slide to Upgrade).

In the first case you need to wait until you decrease the load on the Apple servers, the second need more serious measures. Apple’s website describes three steps that must be performed to restore the gadget. 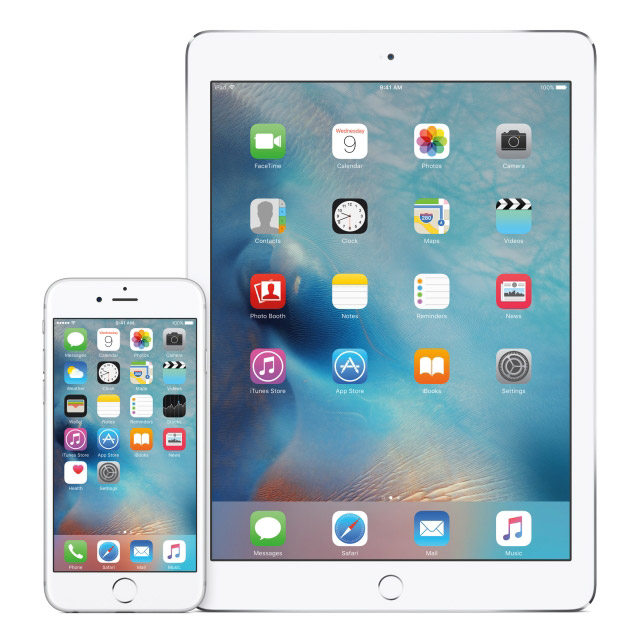 Step 1: connect iOS device to the computer with which you sync your gadget. After that open iTunes.

Step 2: Select the menu gadget. If you don’t see it in the list, perform a hard reset of your iOS device by pressing simultaneously the buttons “Power” and “Home” for a few seconds.

Step 3: If you saved a backup of your data before updating to iOS 9, restore gadget from a backup. Otherwise, you need to create a backup in iTunes, then restore the device from backup.

Read also:   The makers of the Moment case 2.0 call it the best accessory for mobile photos [video] 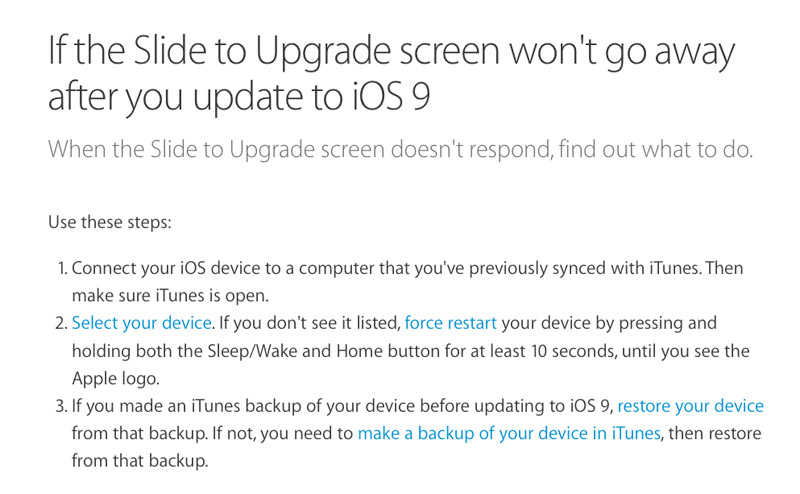 Officially the headquarters of Apple declined to comment on the problem with the upgrade to iOS 9. A company spokesman in Sydney said that the company doesn’t comment.

According to research firm Mixpanel as of September 20 iOS 9 operating fixed 27% of its users are iPhone, iPad and iPod touch.

Media reported about the mass layoffs at Apple

Apple is reducing staff, dealing with personnel matters. This is with reference to informed sources reported resource Venture Beat. As it became known, the company not only dismisses all freelance HR-specialists and employees of this specialty, working on a permanent basis. Personnel decisions may involve more than 100 people. Information on the reduction came unofficially, […]

There is such an authoritative magazine – Consumer Reports. He specializes in tests of various goods and services. At the disposal of the publication are dozens of laboratories and research centers. Image from zdnet.com Consumer Reports also reviews electronics. As a result, experts did not pass by AirPods Pro. The new wireless headset was tested […]