iOS 9 is probably the most controversial version of the mobile operating system from Apple since iOS 7. Violation of habitual stability in form of software crashes and hangs have been introduced along with redesigned functionality and useful innovations. One of them can be called the “Help with Wi-Fi”. 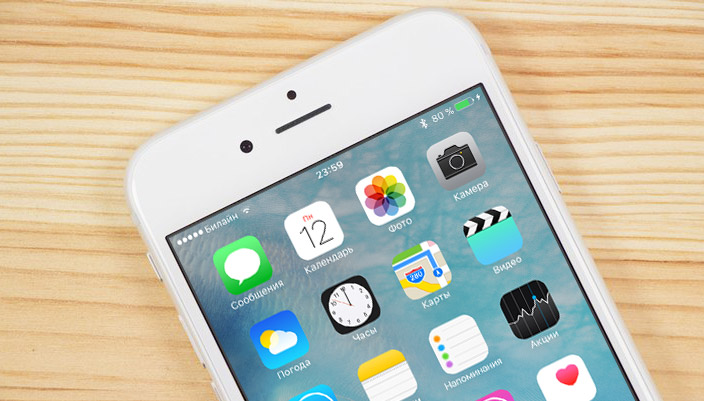 According to Apple, using the capacity of cellular networks, “Using Wi-Fi” allows to increase the stability of your Internet connection by switching to 3G or LTE. In other words, in the new edition of the OS was the ability to compare the throughput of Wi-Fi and mobile networks. In that case, if the wireless network is not stable and fast, iPhone and iPad able to switch to using mobile Internet.

Apple describes this feature as follows:

“In order to provide the user with seamless access to the Network even in places where Wi-Fi signal is extremely low, we added the function “Help with Wi-Fi”. Thanks to her, the system can automatically switch between Wi-Fi and cellular networks.”

At the moment this mode only works with a few pre-installed applications: Safari, Apple Music, Maps, Mail and other.

“If Wi-Fi-connection during the web browsing starts working properly, “Help with Wi-Fi” will automatically detect the problem and will continue to load pages through the cellular network” – say at Apple.

Be careful: the function is active by default. Avoid extra expenses on mobile Internet it should be forcibly shut down under “Cellular data” in the “Settings”app. 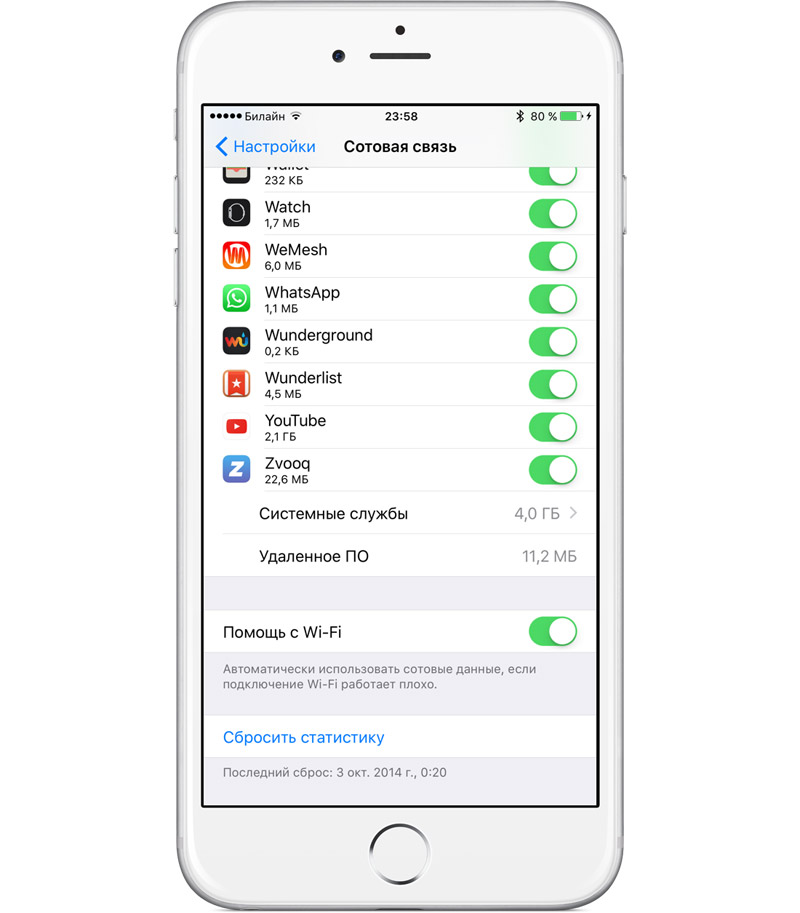 As for roaming, then Apple has you covered. If the device is outside your home operator, the function will detect it and remains inactive.

Also “Help with Wi-Fi” only works in programs that you are using at the moment. In the background, it doesn’t function, which can be extremely useful. Typically, many of us forget to turn off automatic updating of applications. And this forgetfulness could be a costly mistake.

In the Apple emphasize that the function works exclusively with small amounts of data. Watching movies via 3G or LTE and not a speech. Just like email, messengers or web-browsing. “Helper” is so smart that prevents even downloading attachments in incoming emails.

We all equally love equipment from Apple. We all equally hate for a million draconian restrictions, it is unclear why the existing ones. And if some moments all accepted – Yes, we are talking about a memory card, something is still causing a frenzy. When finally ends the madness with a Java player (although there […]

Russian developers have created messenger, which allows you to see the text messages in real time

Russian developers have announced messenger that allows you to see your interlocutor’s message before it is sent. At the moment the app is in beta test where you can take part by signing up on the website of the project. Users chat under the name Blank, rather than labels like “typing a message…” in real-time […]

Sale of wireless headphones AirPods can be started in a week

At the time of the announcement of the flagships, iPhone 7 and iPhone 7 Plus it was announced that Apple AirPods wireless headphones will go on sale in October. However, at the end of last month, information appeared that Apple required more time than originally planned, so the release AirPods headphones was postponed indefinitely. The […]