Recently several manufacturers introduced premium models of laptops on Windows. Innovations in the field of portable computers showed HP, Dell, Microsoft and other companies. According to the plan of the companies, their devices need to compete on the market of high-end laptops Apple. Edition PCworld has named the top 5 most serious rivals new MacBook Pro from PC world. 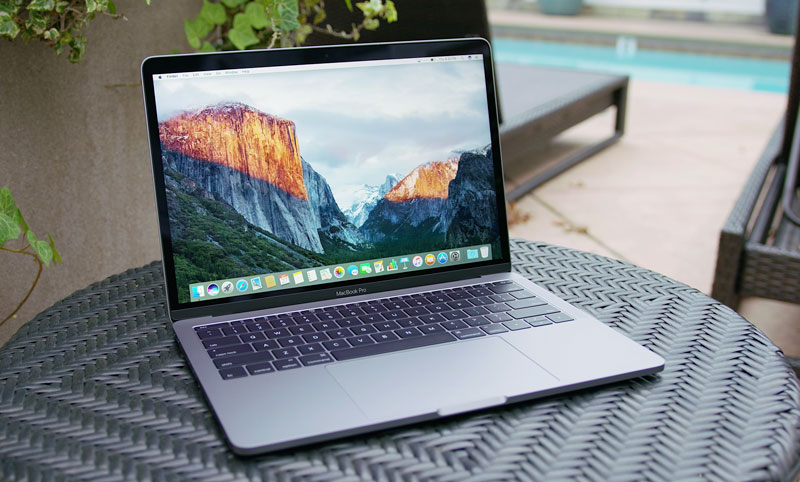 An updated model of the 13.3-inch XPS 13 boasts ultra-thin frame around the display and a retina screen with a resolution of 3200×1800 pixels. Dell only managed to surpass the MacBook. Different XPS 13 is equipped with a full Intel Core i5 and i7. In the presence of 8 GB of RAM and SSD to 256 GB of user memory. The developers have indicated a great time working XPS 13 battery life — as much as 15 hours offline, what is the best indicator among the other listed models.

It is also noted that touch 13-inch Dell screen has a resolution of 3200 x 1800 pixels, so it is best if you compare with the MacBook Pro screen. The XPS 13 is superior to Apple laptops by weight that is at the level of 1.29 kg 1,37 kg of Apple solutions. Thickness of the notebook Dell on the same level with the MacBook Pro is 15 mm.

The cost of the top version of the Dell XPS 13 was comparable to a MacBook price: $1650.

At the recent new York event, Microsoft introduced an updated version of your notebook Surface Book, which is by 30% longer battery life (an impressive 16 hours) and twice the graphics performance compared to the most powerful versions of the original Surface Book. 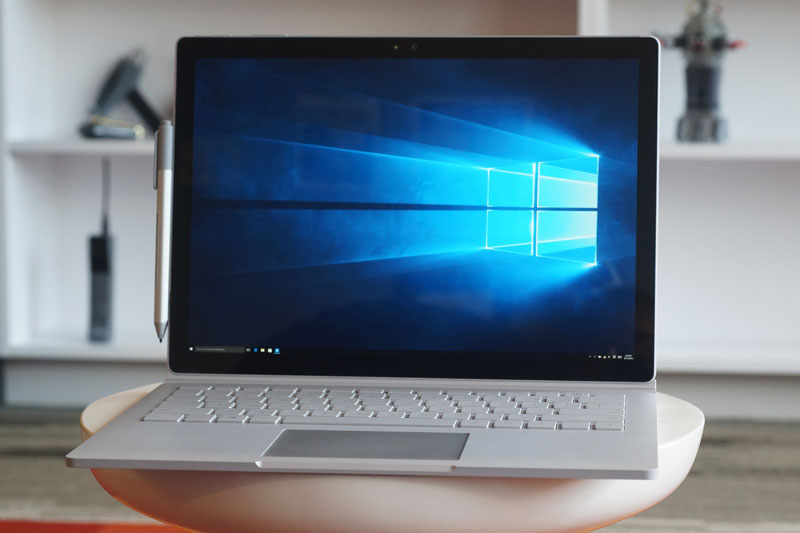 Updated Surface Book includes the latest Intel Core i7 sixth-generation and completely redesigned cooling system with the optional fan, allow the processor to work at full strength. NVIDIA GeForce GTX 965M can offer computing power at 1.9 teraflops. Microsoft claims the laptop is twice as fast as the 13-inch MacBook Pro.

All of the improvements the company has managed to fit in the existing body Surface Book. However, the updated laptop was a bit heavier than the predecessor: 1.65 kg to 1.52 kg. against the rest of the features are the same: 13.5 inch PixelSense screen with a resolution of 3000 × 2000 pixels, 8 or 16 GB of RAM, 5-Megapixel webcam and 8-Megapixel rear camera with support for 1080p video, dual microphones, stereo speakers Dolby Audio Premium.

In mid-October, HP announced a new generation of notebook-transformer Spectre x360. The novelty is already available for order on the website of the North American division of HP at a price of $1050. 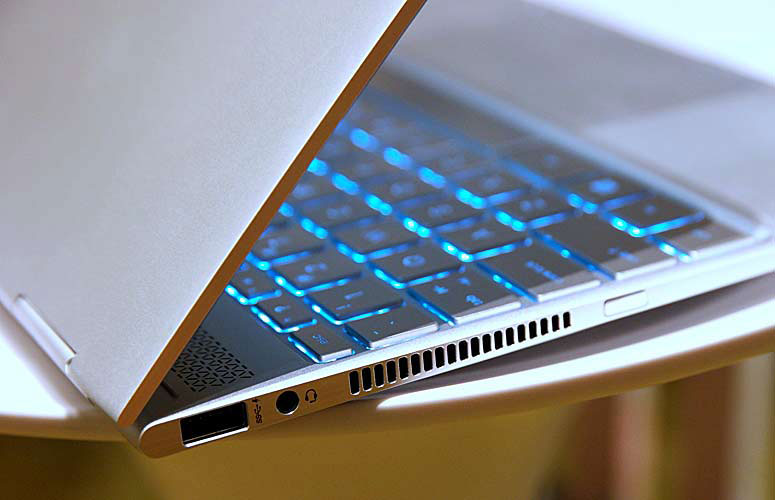 In comparison with the previous generation model, the new Spectre x360 has become more compact: the thickness decreased by 13% and is now at 13.8 mm, frame around the screen have become. Weight reduction was 11% (weight of 1.29 kg). Also, the developers say additional loops, new sound system with four speakers, increased at 12° angle of the web camera.

Despite the size reduction, the HP Spectre x360 has received a battery of increased capacity is 57.8 W•h: according to the calculations the creators of the autonomy of the laptop when the battery reaches 15 hours. In addition, the device supports fast charging Fast Charge HP: 90 minutes connection to the mains is enough to charge the battery to 90%.

HP Spectre x360 is equipped with Intel Kaby Lake series Core i5 and i7 processors, DDR4 RAM up to 16 GB and SSD with PCI-Express with capacity of 256 GB, 512 GB or 1 TB. Also the laptop has got IPS display diagonal of 13.3 inches resolution Full HD, one USB 3.0 port Type-A and two USB-C Thunderbolt 3.

Users focused on gaming applications, it is recommended to pay attention to the long-running series of slim laptops the Razer. New Razer Blade Stealth combines a 12.5-inch IGZO capacitive matrix touch layer. Its resolution depending on the model can be 2560 × 1440 or 3840 × 2160 pixels. Despite the fact that the processor and graphics core are contained in a relatively modest dual-core SoC Core i7-7500U (Kaby Lake-U 2,7/3,5 GHz), the laptop can easily turn into a gaming machine by connecting to it via Thunderbolt 3 dock Razer Core with a desktop graphics card. 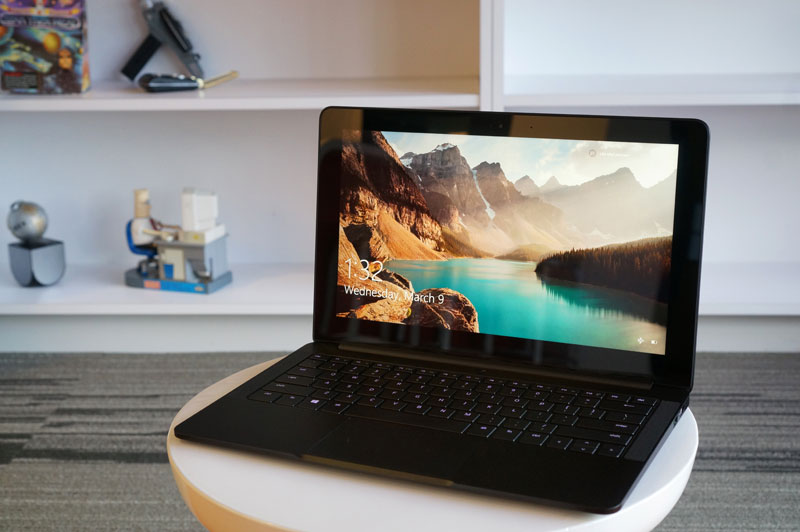 The system contains 8 or 16 GB of memory LPDDR3-1866, an M. 2 SSD-drive capacity from 128 GB to 1 TB, wireless network adapter Killer Wireless-AC, and battery capacity of 53.6 W⋅h. Many other features “borrowed” from the 14-inch Razer Blade: 2-megapixel camera, USB 3.0 (however, the Stealth Blade only two of them), the aforementioned Thunderbolt 3/USB-C, HDMI 2.0, keyboard backlight and logo on the lid of the laptop, etc.

The novelty weighs around 1.29 kg with dimensions of 321 × 206 × 13,1 mm. manufacturer’s Recommended price for the base variant Stealth Blade is $999 (U.S. market). For buyers of this model, as well as senior Blade online store razerzone.com 100-dollar discount on the dock Razer Core, normal price which is $499.

Last week, Razer has announced the imminent start of deliveries of the new 17.3-inch laptop the Blade Pro, which will replace the same name last year’s model with an Intel Core i7-4720HQ and a video card NVIDIA GeForce GTX 960M. The company’s engineers set out to design a truly powerful mobile PC in aluminum body thickness of only 22.5 mm. 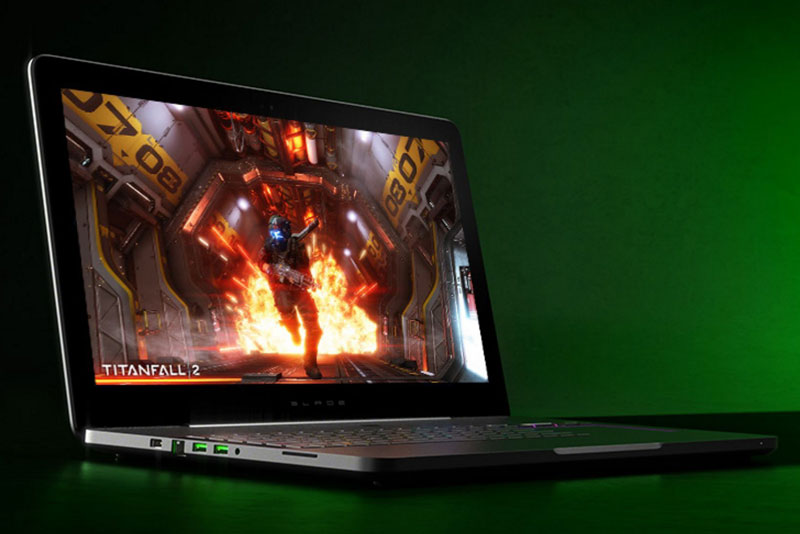 The keyboard is traditionally accompanied by a customizable RGB-backlit Razer Chroma. Depending on the game application can be customized and trackpad. The new Razer Blade Pro use a network subsystem Killer DoubleShot Pro, including a controller Gigabit wired network and E2400 Killer wireless adapter Killer Wireless-AC 1535(Wi-Fi (802.11 ac)/Bluetooth 4.1).

Why, after the presentation of new iPhones, you need to go for the old iPhone XR

Which iPhone is the best? Of course, the newest. And if you do not chase the latest and approach the matter rationally? Last year, Apple, in addition to the top-end iPhone XS and iPhone XS Max, showed the “simplified” iPhone XR. It sells great and helps the company make money, but at the same time, […]

Hackers have posted in the open access tools for hacking Windows

The hacker group The Shadow Brokers published a portion of the tools stolen from the group Equation Group, suspected of links with U.S. intelligence. We are talking about exploits for vulnerabilities in various versions of Windows operating system. According to experts, some of them are still working. As the resource Securitylab, vriv contains special tools […]

The Quad HD display and Snapdragon 835: named for the alleged characteristics of the smartphone Microsoft Surface Phone

The first rumors that Microsoft is preparing to release a smartphone Surface Phone appeared in 2014 and during this time regularly new information about this device. Now is the time for her release, which was published resource Nokia Power User. According to reports, Microsoft is working at least on two Surface Phone prototypes, one of […]