Analysts at Gartner have published statistics of smartphone sales in the first quarter. The report contains data on global mobile phone market in General. 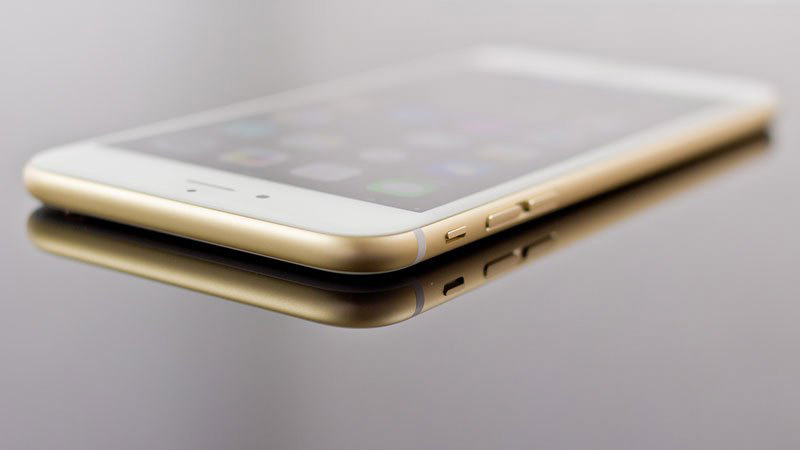 According to experts, in the first three months of the year were sold around the world 336 million smartphones against 281 million gadgets a year earlier. Market leader Samsung is a Korean who managed to get rid of 81,123 million smartphones and took a 24.2% market share. Although compared with the 1st quarter of 2014, sales of Samsung fell more than 4 million gadgets.

Second place in the ranking went to Apple who 60,177 million smartphones to 43 million units a year ago. This allowed the manufacturer to strengthen its position, capturing a 17.9% market share instead of 15.3% in the first quarter of 2014.

Analysts note that Apple has been able to achieve such success thanks to the growing influence of the company in Asia. And the failure of Samsung and the growing popularity of the iPhone, in turn, led to a 1.9% decrease in the market share of the Android operating system.

Three leaders closes Chinese Lenovo lags significantly behind both Samsung and Apple. The company sold 18,888 million smartphones, which enabled her to obtain a 5.6% market share. And on the fourth and fifth places in the ranking of Huawei and LG, which has taken a 5.4% and 4.6% of the market and sold is 18.1 and 15.4 million smartphones respectively. 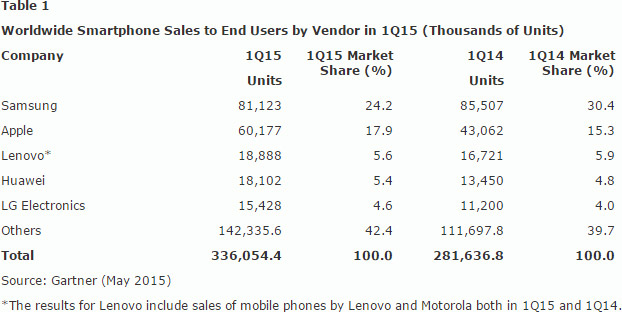 In conjunction with smartphones, the mobile phone market in the first quarter rose 2.5% to 460,3 million devices. Samsung in the sample remains the leader with 21.3 percent of the market, and Microsoft is confident third place with brand products Nokia, second only to Apple (13.1 per cent).

READ  Media: the iPhone 7 will get hooked on both sides of the screen

In EA think that consoles have no future: the “cloud” will replace personal devices

In an interview with the Daily Orange head competition video game publisher Electronic Arts Peter Moore admitted that he sees no future for consoles in their current form. In his opinion, the PlayStation 4 and Xbox One may be the latest devices in its class, as in the long term personal hardware is not required. […]

As a Christmas promotion Samsung have decided to collect their tablets from the piano and sit him for the British singer, actress and musician myleene Klass. As a structural material for an unusual musical instrument made of more than one hundred 9.7-inch Galaxy Tab S2. Tablets were used both as housing and as a workspace […]

Designer Alvaro Babesia published the concept of the updated Apple tablet with a “frameless” display and scanning system Face ID. According to the authors of the concept, the frame around the display will be much less, but, unlike the iPhone X will be the same thickness around the perimeter of the display. That is, no […]