Apple has officially stopped to issue digital certificates to iOS upgrade 9.1. From this moment users of iPhone and iPad there is no possibility to roll back to the previous version of the operating system with iOS 9.2. 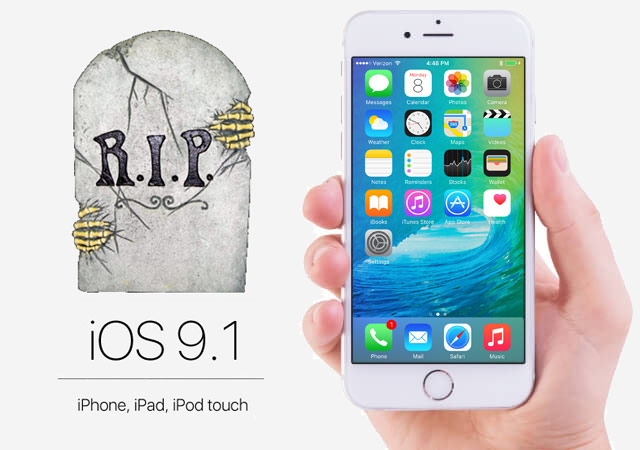 The release of the software platform iOS 9.1 took place in late October. Most of the changes it has remained “under the hood”, and normal users will not notice a tangible difference. The structure of automatic update includes new APIs that simplify working with Live Photos, and also run the 3D Touch. In OS added a new set of emoticons (over 150), the Unicode Consortium introduced in the eighth edition of the Unicode. Also you can find setting for “Show contact photos” in the app Message.

Recently Apple made a point of signing older firmware for a couple of weeks after the release of the new. This time period was a big “window” was closed two months later, the company stopped issuing digital certificates Tuesday, December 22.

Now Apple is not signing iOS 9.1 for any compatible devices. This means that users cannot roll back from a newer iOS 9.2 or updated to it from earlier releases. This is evidenced by the status of the asset on the service Tssstatus.

I think the Apple engineers appeared in the Christmas mood. They recently released an update for iOS apps the Apple Store with a hidden “Easter eggs”. It is reported 9to5Mac. In order to detect it, you just need to enter the application, click on the search button in the upper right corner and enter let […]

“Yandex.Maps” has received the support of augmented reality

“Yandex.Card” has been updated and received the support of augmented reality based on ARKit. Augmented reality only works in pedestrian navigation in order to enable it you click on the blue eye icon at the bottom of the screen. It also can be directly run from the card object. During navigation, using augmented reality, the […]