In the night from Thursday to Friday, Apple have stopped issuing digital certificates to iOS 9.0.2. From this point, users have no possibility to roll back to the previous version of the operating system with iOS 9.1. 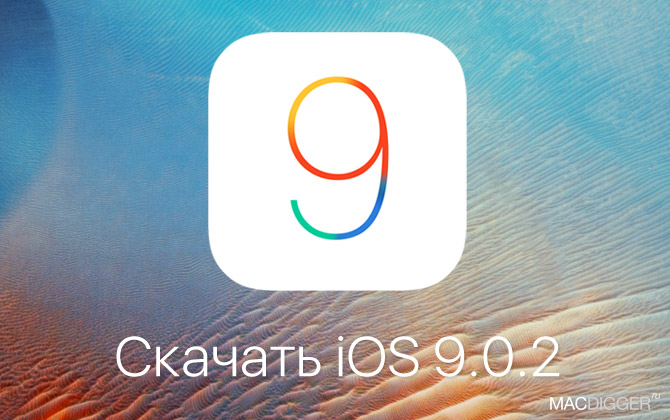 The release of iOS 9.0.2 took place on 1 October. In this update we’ve fixed a bug in the mobile app, which provides connectivity to the Internet, and also fixed the bug which failed to activate iMessage. In addition to this improves stability of the standard application “Podcasts”.

Recently Apple made a point of signing older firmware for a couple of weeks after the release of the new. In this time period was quite short: “the window” was closed just after a week the company stopped issuing digital certificates on Friday, October 30.

Now Apple does not sign iOS 9.0.2 for any compatible devices. This means that iPhone and iPad owners can’t do a rollback or update from earlier versions. This is, in particular, tweeted Tssstatus, which warned users that after the transition the majority will not be able to downgrade and repeat the jailbreak procedure.

As currently downgrading the OS is not possible, users of jailbroken devices have to be careful. Do not install untested tweaks from Cydia that can lead to a crash, because restoring the OS will have to update the gadget and lose your jailbreak.

Current iOS version is 9.1, which brought users of compatible smartphones, tablets and media players over fifty new emoticons. The functionality of the “live” images enhanced to recognize when the iPhone is raised or lowered, so as not to record in Live Photo these unnecessary movements. In the settings there was an option to hide photos in your contacts.

Read also:   iPhone 5s dropped sharply in Russia in anticipation of the release of "iPhone 5e"

Currently Apple is testing iOS 9.2 for iPhone, iPad, iPod Touch with enhancements to the Safari browser.

The Syrian Rateb Alfanus, who is studying in Moscow University, filed to the Investigative Committee a statement about the crime due to the explosion of the iPhone 5s. And the defendant is Apple, said the lawyer, Alfanus. 21-year-old Syrian demands to investigate and to prosecute on charges of manufacturing and selling products not meeting safety […]

Google officially unveiled the second generation of smartphones Pixel and Pixel XL. Google’s Pixel 2 is not changed much compared with the precursor, in contrast to Pixel XL 2: its diagonal OLED display has grown from 5.5 to 6 inches. The screen occupies almost the entire front panel. Google’s Pixel 2 is a 5-inch OLED […]