Apple sold the first batch of AirPods wireless headphones, according to data in the official online store of the company. A few hours after the start of sales accessory, delivery time has increased to three weeks in Russian and up to four weeks in the us Apple online store. 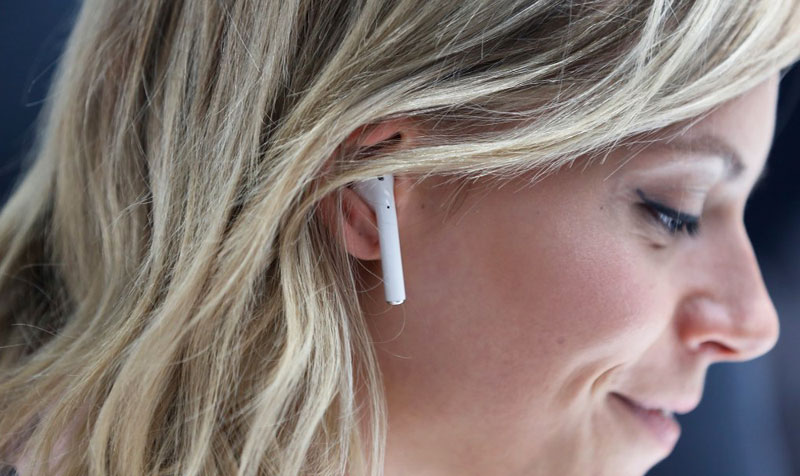 At the moment, the online Apple store there is a shortage of AirPods. In particular, the possibility of sending the headphones on orders is three weeks. That is to buy headphones until the New year will not happen. The American branch of the store the situation is even worse, to wait for delivery will have a whole month.

Apple introduced wireless headphones AirPods in September 2016, along with the iPhone 7 and promised to release them in October. However, it was soon announced that the company will not be able to start deliveries within the promised time frame. Sales of branded headset, Apple was launched on 13 December. 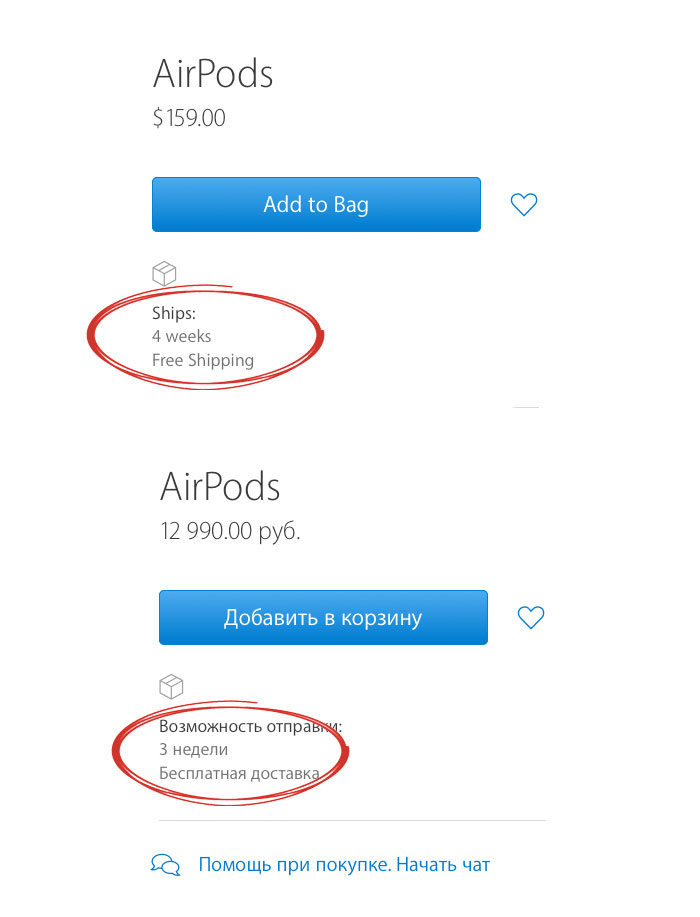 Headphones can be connected not only to iPhone but also to iPad and Mac. They positioned Apple as part of a larger complex of innovation associated with the departure from analogue technology.

The cost of the AirPods in the U.S. is $ 159 (about 9600 rubles), and the people of Russia headphones will cost 12 990 rubles. the kit also includes a special case, which is a portable dock for the device, and the Lightning to USB cable.

When the company introduced the AirPods, many worried that they will be very easy to lose. In the coming weeks is expected to first impressions, which will put everything in its place.

Brexit hit on the iPhone: Apple has raised prices for equipment in Europe after the fall of the pound and the Euro

The decision of Britain to withdraw from the EU is extremely unpleasant impact on the pound. As a result, now the British have to pay for the iPhone anymore. On 23 June the UK authorities had decided to secede from the European Union, resulting in the British pound reached the worst over the last 30 […]

12 beautiful Wallpapers from Apple for your iPhone, iPad, and Mac

Looking for an unusual Wallpaper? They have with us! I would even say Apple on the page of the official website dedicated to international Earth Day. The company does not download photos in high resolution, unless you know the direct path to the desired file. Users found a collection of unique background images in high […]