In the fourth quarter of the global market for wearable devices has shown rapid rise, due to the growing popularity of “smart” clock Apple Watch and fitness trackers. This is stated in the report of the research company IDC. 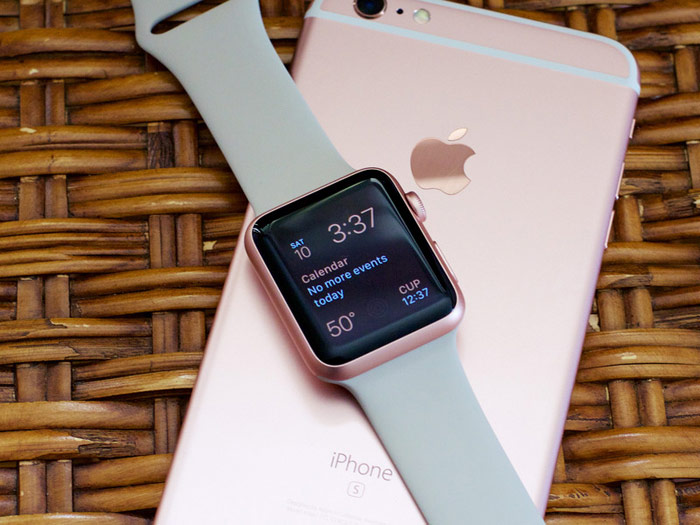 According to analysts, in the period from October to December 2015 producers released worldwide about 27.4 million electronic devices designed to be worn on the body, which is 127% higher than a year ago. Over the past year the supply of these products has jumped by 172%, to 78.1 million units. The experts estimated that during this period Apple sold slightly more than 4 million Apple Watch.

“The measured three-digit indicator of the growth underscores the growing interest in the wearable electronics market and end-users, and vendors,” says IDC analyst Ramon Llamas. It shows that wearable devices are not just for technology enthusiasts and those who use them for the first time, and also the fact that these gadgets can become mass products and they are willing to use. As long as the penetration of wearable electronics will not become a truly mass-market, this market will retain a large number of vectors of development: this includes new vendors, form factors, applications and use cases. This will help the market to grow in the future.” 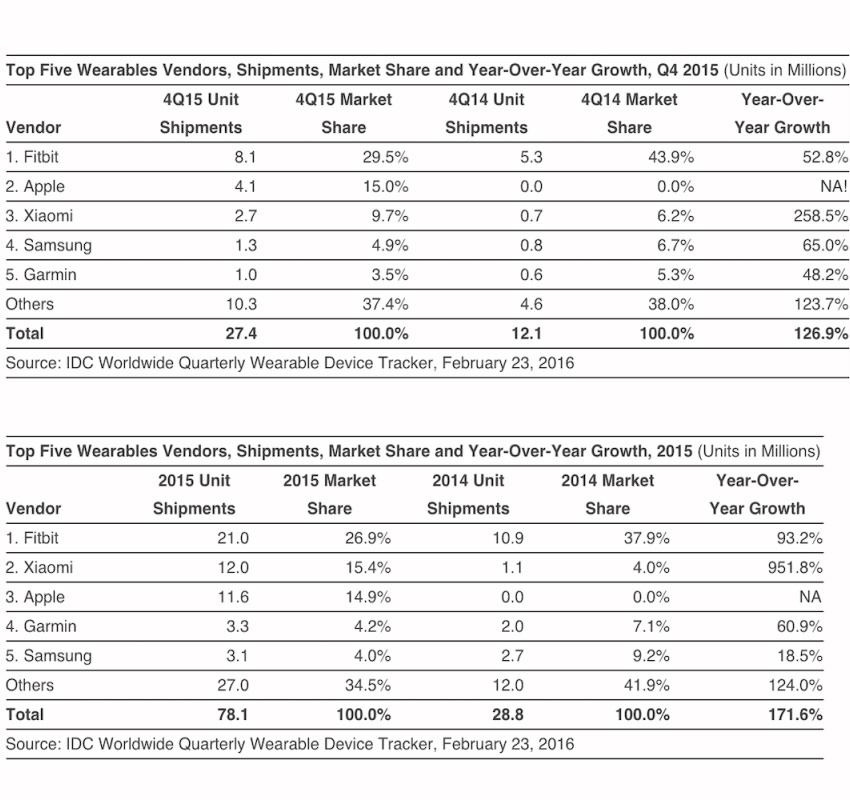 According to senior analyst of IDC Jitesh Ubrani, an important role in the proliferation of wearable electronics will play its design and fashion trends.

The largest producer of wearable electronics was the company Fitbit, which in the IV quarter of 2015 prepared to sell 8.1 million gadgets, down from 5.3 million a year earlier. The company’s business is growing thanks to a well-segmented product range, growing the corporate program and the increase of the market of fitness trackers in General, according to analysts. Apple in the fourth quarter took the second place with 4.1 million devices.

For the whole of 2015, according to IDC estimates, Apple shipped 11.6 million Apple Watch, which is less than the number of shipped devices Xiaomi. As a result, the Chinese brand came in second place.

How to fix the problems with autonomy in macOS

Show you how to diagnose problems with the battery in the Mac and return him to his former level of work from a single charge. Monitoring system First and foremost, you should look for the problem in the software. The easiest way to do this is to open the app “system Monitoring” tab and “Energy”. […]

Intel has announced a full line of processors Kaby Lake for the new iMac, Mac mini and MacBook Pro

Intel at CES 2017 officially unveiled the seventh generation of Core processors. A formal announcement of the solutions under the name of Kaby Lake was held in August last year. But then is still only CPU Kaby Lake-U Lake Kaby-Y, also known under the name Core m. This time we are talking about the range […]