Apple removed from the App Store app FlexBright that allows you to change the color temperature of the display iPhone and iPad depending on the time of day. The program disappeared from the store without explanation a day after the release. 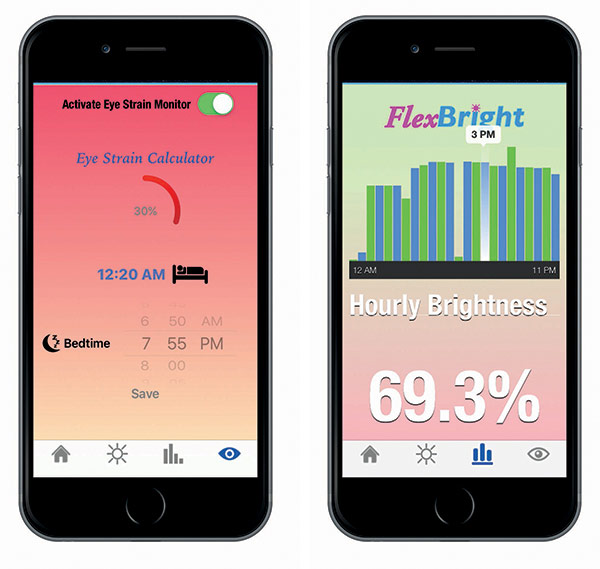 FlexBright works much like a utility f.lux and function “Night mode” in iOS 9.3. With it, users can set cool colors during the day and at night, on the contrary, warm, that allows to reduce eye strain.

The user was asked to work comfortably with iPhone and iPad in the dark for a long time and forget about eye fatigue. In a similar way the function “night mode” in iOS 9.3. The main difference is that FlexBright cannot make changes to automatic mode. The program runs in the background and using the notification reminds the user that it’s time to adjust the image.

Also in FlexBright there is a blue color filter. After application, the application reduces the amount of blue light on the displays of the iPhone and iPad.

For some reason FlexBright disappeared from the online Apple kiosk, unknown. This is probably due to the fact that software development of this type violate the rules for developers. But the release was only by an oversight of the moderators. When the application went online, Apple quickly shut up shop.

By the way, for the opportunity to control the color temperature on the iPhone and iPad developers FlexBright asked for 230 rubles. But users will be able to do it for free. After the release of the final version of iOS 9.3 this functionality will be available on the operating system level.

Sources from the supply chain report that next year Apple will show the first MacBook capable of working with fifth-generation networks. This is reported by the Taiwanese version of DigiTimes. According to the publication, four companies are planning to release laptops with 5G at the turn of 2019–2020. The first will be Lenovo. Apparently, their […]

Apple has complicated the procedure of hacking iPhone iOS 11.3

Apple was unable to find a security hole that developers use GrayKey for the iPhone. But the company could complicate the process in iOS 11.3. Buyers GrayKey received a message from the Linwood Thomas, who once worked at Apple, and now helps to develop a hacking device of the iPhone. He wrote that, beginning with […]

Rumors: the iPhone 7 will be released earlier than expected

Apple is planning to shift the traditional period of the start of sales of the iPhone 7 in 2016. This is reported by foreign media with reference to the “very reliable Read also:   Media: iPhone 8 will receive an OLED display made by Samsung and the 10-nm processor