Apple has released a cumulative update 9.3.1 for iOS iPhone, iPad and iPod touch. The Assembly is aimed at correcting errors where the program has stopped responding to touch links in Safari and other software. 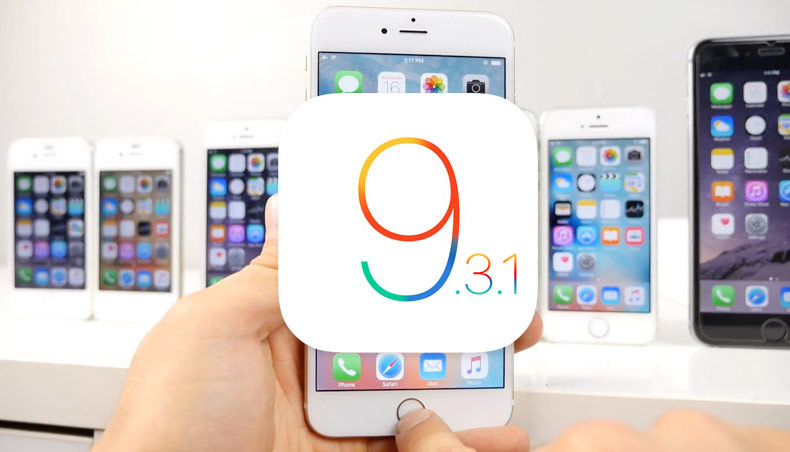 In iOS 9.3.1 the developers have fixed the crashing in the Safari work. In some cases, links in the browser causes the system to hang: the application stops responding to user actions. Attempt to unload the program from the multitasking bar and restarting the browser solves the problem. Earlier this week Apple promised “soon” to release a fix for the bug with hang on Safari.

Debuted on March 21 9.3 brought iOS users with compatible iPhone, iPad and iPod touch several new features, including night mode Night Shift, contributing to a more rapid falling asleep after using an iOS device before going to sleep. Also the new OS allows you to protect with password and Touch ID is a separate entry in the app “Notes”. On iPhone new sections in the Health app with information about the user’s activity, and in the news aggregator of Apple News – video support and horizontal mode.

A series of benchmarks from Geekbench allowed to evaluate the performance of the new iPad Pro. The device is equipped with processor of latest generation, performance is ahead of its competitors, and is the highest performing device on iOS. After testing the iPad Pro, the experts found two interesting features new items. First, the tablet […]

Flash useful new tweak for jailbroken devices, which analyzes the level of illumination in the room and activates in the right situations on the iPhone icon to quickly enable the flashlight. Tweak has developed in the framework of the contest Tweak Battles 2015 developers David Goldman and Andrew ABOs. Flash has no options and requires […]

The release of the Cydia 1.1.30: what’s new and how to upgrade right now

The developer of the jailbreak store Cydia Jay Freeman, known as Saurik, has released an update service. On Thursday, the release of version 1.1.29, behind which debuted update index 1.1.30. According to hacker, this release focused on bug fixes and code optimizations of the store. According to the accompanying note, update Cydia 1.1.29 fixes the […]