Apple released two new promo clip for the Apple Watch Series 2 – the “Go Surf” and “Go Ride”. In advertising, the company focuses on the fitness features of the gadget, offering a smart watch as a gift for the holidays. 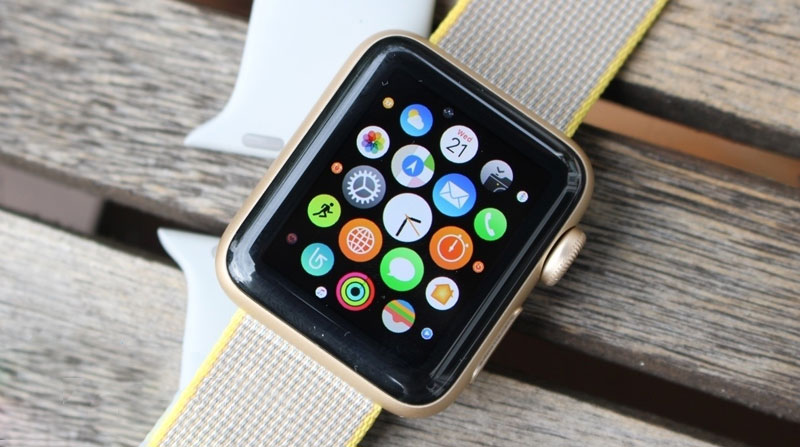 With the release of the Apple Watch Series 2 the manufacturer positions as a wearable computer device for fitness enthusiasts, swimmers and cyclists. If you go to the pool or surf, the new model will be a faithful companion, and easily count the number of calories burned.

A 10-second clip “Go Surf” the user of the gadget unpacks Apple Watch Sport, then measures the number of calories burned while surfing.

The second is “Go Ride” shows the everyday life of the cyclist. The hero of the video, receiving a watch as a gift, unpacks them and puts on hand. After receiving an SMS with the text “Lets’go”, he goes on a bike ride through the city.

Apple Watch Series 2 sold in Russia at a price of 33 990 rubles. Updated the first generation model, equipped with a new dual-core processor, you can now purchase for 24 990 rubles.

Chronos – an accessory that turns any watch into a “smart”

The popularity of smart watches is growing every day. However, not all users are willing to give up their favorite classic hours in favor of “electronic gadgets”. Those who belong to these people, startup Chronos from San Francisco calls attention to its new development. New gadget the American company is a small disc called Chronos. […]

“Sberbank” is the first partner of Apple Pay in Russia – has released a promotional video dedicated to the new payment system Apple. 30-second promotional video will be broadcast on Russian television channels in the next two weeks. Apple Pay earned in Russia from the beginning of October, but at the time of its launch […]

For many people Apple has long ceased to be just a device manufacturer, and fans are ready to make serious sacrifices for the coveted gadget. Before the start of sales iPhone 6s browsers I have collected examples of how people tried to get or to save your iPhone. One of the first high-profile cases involving […]