With iOS 9.2 beta 4, Apple has issued another developer Assembly – tvOS 9.1 beta 3. The test release is available for download on the company’s website in the Resources section in the presence of a developer account. 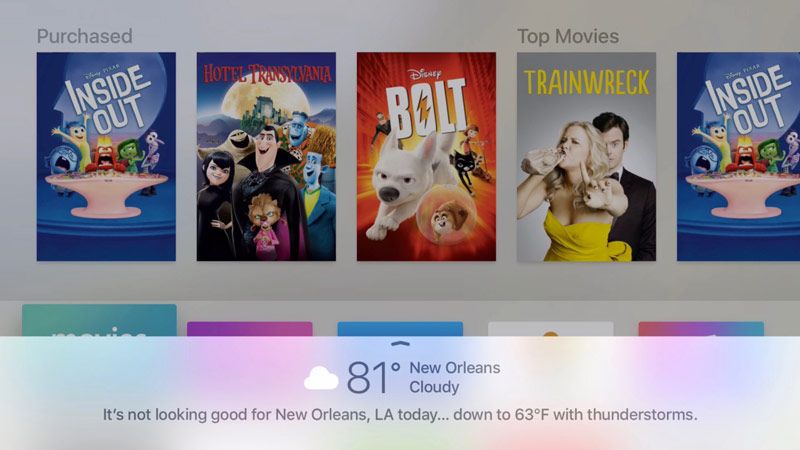 tvOS 9.1 is the second update for original Apple TV platform. The first update tvOS 9.0.1 was released in early November – a week after the release of the final version of the operating system for Apple TV 4.

Radical changes tvOS 9.1 until it detects, except for the support Siri for music Apple Music. Set-top box is still not compatible with the brand Apple Remote app for iOS and watchOS and allows you to connect your device to a Bluetooth keyboard that is available to owners of Apple TV third generation.

According to the statement Apple tvOS — a completely new operating system for Apple TV, “allowing a completely new way to interact with TV”. Package tvOS SDK provides developers with tools and APIs to create incredible entertainment in the living room, they can work in the same way as when creating apps for the iPhone and iPad.

The kit includes a set of Xcode tools, compilers and frameworks for software development for the Apple TV. In addition, developers can use Xcode IDE and instruments for statistics and analysis. Programmers are actively releasing games and apps for Apple TV: less than one week after the start of sales of consoles App Store had over 1000 designs for tvOS.

About Everything Interesting This Week # 52: Sony Pocket Air Conditioner and Beyond Meat Vegetable Meat at Crossroads

Weekly selection of the most interesting news that did not get on the main agenda. One paragraph news Pocket air conditioner Sony Reon Pocket goes on sale Finally, a year after the announcement! A small air conditioner is placed in a special pocket of special T-shirts and saves from heat (as the manufacturer says, it […]