The rumors that appeared in the end of last month, was fully confirmed. Yesterday Apple announced that the new iPad Pro with a screen size of 12.9 inches will go on sale on November 11 of this year. In anticipation of this event the company released the first promotional video on the tablet. 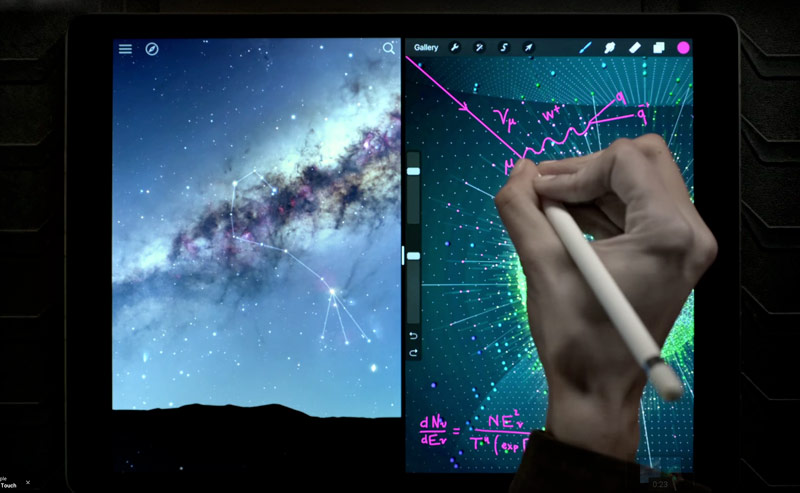 In a video titled “A Great Big Universe” (the great Big universe) demonstrates the interactive guide to the stars and Sky Guide graphics editor Procreate. The slogan of the movie “Meet the biggest iPad ever”.

iPad Pro will be available for order in online stores and on the shelves of the device will appear till the end of the week. The tablet will go on sale in more than 40 countries worldwide including USA, UK, China and Russia.

You should pay attention to the date chosen by Apple to release tablet. November 11, China celebrates singles Day, on this day, there are massive sales, it is analogous to the “black Friday”. In 2013, during the first hour of sales the Internet-shops of China generated a turnover of more than $3 billion.

Also confirmed the information about that tomorrow in sale digital pen Pencil and Apple brand case Smart Keyboard, which will be offered for 4 7 790 and 990 rubles, respectively.

5 things you can buy instead of the Apple Watch

Today Apple announced a launch date for Apple Watch sales in Russia. On the first day, July 31, the Apple Watch will be available in the official online store of the company: taking orders will start at 7:01 am, said on the company’s website. The cost of the Apple Watch starts at 23 990 rubles […]

Google announced the purchase of Fitbit, a company known for its fitness trackers and smart watches. About this vice president of Google Rick Osterloh reports on the company's blog. Fitbit told about the transaction value. The company will be bought at $ 7.85 per share, that is, the total value of Fitbit is estimated at […]

Edition TechRadar has gathered the views of users and rumors how will look the next iPhone. Probably in 2018 Apple will release a smartphone, which will occupy an intermediate position between the iPhone 8 and iPhone X and iPhone updated X2 in two sizes. iPhone 9, if he will, can continue the logic of the […]