Apple has updated the testing platform TestFlight app, which now supports a number of innovative features in iOS 9. In particular, developers were given the opportunity to experience the work function for optimization App Thinning. 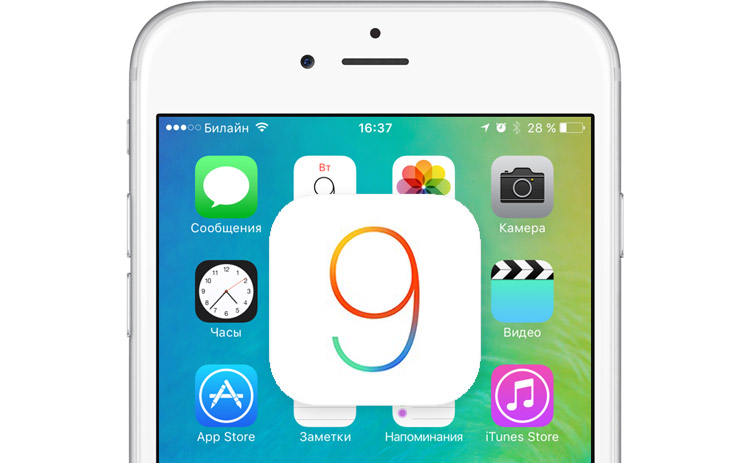 App Thinning will appreciate the iPhone and iPad owners experiencing a shortage of free space on their devices. Its meaning is that the gadgets will load into memory only the necessary code so that games and apps will take up much less space.

Although Apple is promoting the App Thinning as a single feature, it actually consists of three different mechanisms, each of which plays its role in reducing the size of applications. First – Slicing App – does most of the work. Because the applications are created under a large number of devices, from 3.5-inch iPhone 4 to 5.5-inch iPhone 6 (or, in the case of universal apps, 9.7-inch iPad), they contain all the data for each device of the device is not needed.

App Slices will allow developers to separate data packets, by types of devices, and when the user is downloading the app from the App Store, the device will download only the data that he needs. Apple has made this process as simple as possible, so that most programs in the future will support this feature. 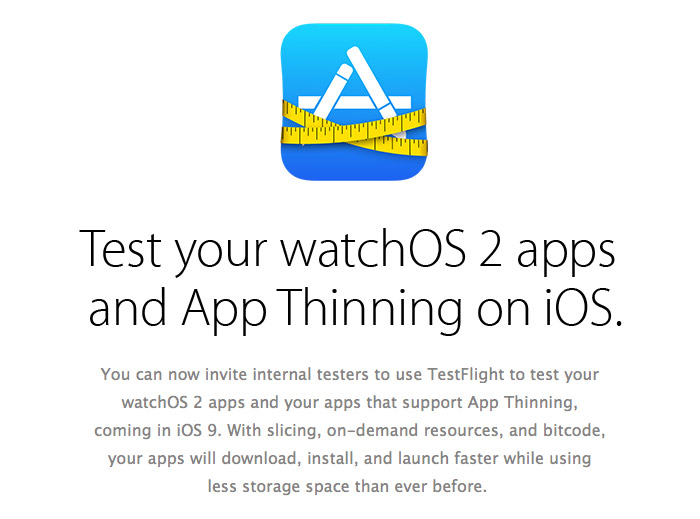 The second way to reduce the size of applications On-Demand Resources (ODR). Imagine a game with lots of levels – it’s enough to have only the current level and the next few. ODR allows you to download the game from the first few levels, while the rest will be uploaded as it passes (and completed levels will be automatically deleted).

Finally, Bitcode. Instead of downloading pre-compiled binaries, developers load what Apple calls the “intermediate version” of the app. Then, before you start downloading, the App Store automatically compiles the application. It allows to automatically enable Slicing App, even if the developers did not care about it – and the device will only use 32-bit or 64-bit code, depending on the processor type.

In addition to technology iOS 9 App Thinning application developers had the opportunity to test native apps for Apple Watch in the new platform watchOS 2.

App Apple Health, which is part of a package of standard software on the iPhone, helped in the murder investigation of a woman. About this soobshaet BBC. Apple Health records health information, including number of steps, sleep cycles and heart rate. These indicators are used by police as evidence in the trial. The case involves […]

Telegram is officially launched voice calls for iOS and Android

The messenger Telegram has announced the launch of voice calls for users of the app. Feature is available in version Telegram number 3.18. In the first phase, the service launched in Western Europe, but the developers promise to extend it to the whole world in the very near future. Instant messenger users outside Western Europe […]