About launching a streaming music service Apple announced at its annual developers conference in San Francisco – WWDC 2015. Apple Music is a service that allows a user to listen to music on your iTunes library, and in the mode of streaming that is not to buy individual music tracks and listen to them online from the Apple, which holds about 30 million music tracks. 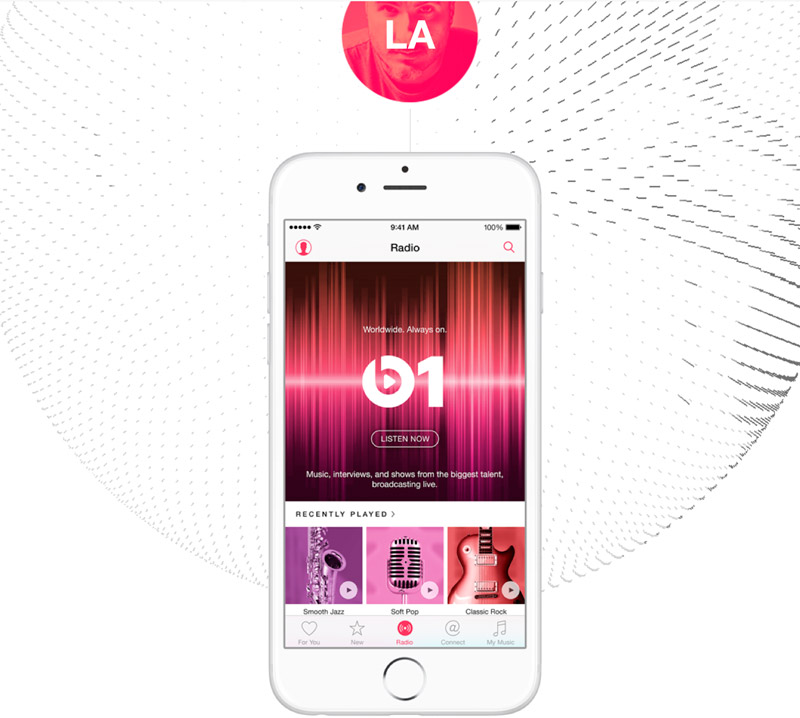 As it became known, Apple intend to use for the service content with a bitrate of 256 Kbit/s. This value can not be called the best on the market. The same Spotify lets you listen to music with a bitrate of 96 and 160 Kbit/s, and the premium subscribers of the service music is available as 320 Kbps And streaming service Tidal, recently launched by rapper Jay Z, and even took a standard bitrate of 320 Kbps, and for $19.99 offers to listen to music in FLAC 1411 kbps.

However, the Network still tense debate about whether the human ear to discern the difference between 256 Kbps and higher bitrates. And it seems that Apple decided not to tempt destiny and to choose the optimal combination between sound quality and bandwidth. After all, at higher bit rate users may experience problems with the width of the channel.

Apple Music earns 30 June. Already determined the price for the American market: during the month the user will pay for access to the service at $9.99. The subscription price for a family of six people is $14.99 in a month. The first three months, users will be able to listen to music for free. 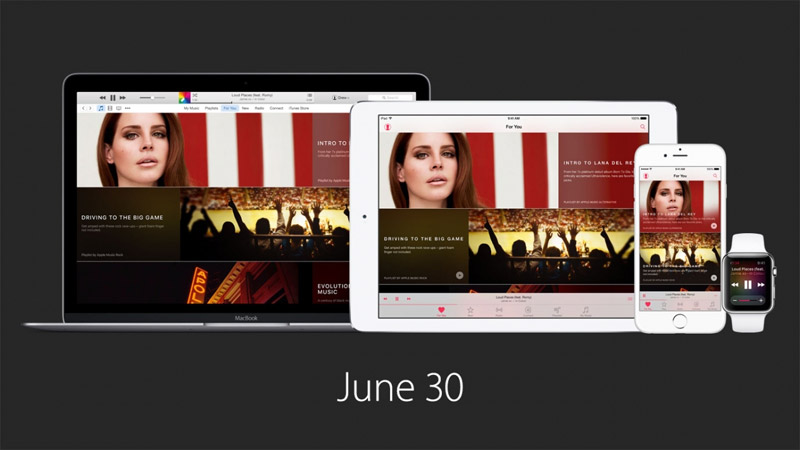 A source at a major record company said that in Russia a base for a month subscription will cost 169 rbl. the subscription Price in Russia will be significantly lower than the American, as Apple takes into account the “realities of the market,” say analysts: a basic subscription on “Yandex.Music” in our country costs 149 rubles a month for Google Play Music – 189 rubles, Zvooq – 150 rubles, Deezer – 199 rubles.

C the release of the iPhone 6s smartphone Apple has learned to take voice commands of the user in the background. The feature “Hey Siri” allows the phone to “listen” and respond to the voice of a man constantly. The function works at all times except in two cases: when the iPhone is in your […]

Apple until the end of the current quarter will update the iMac line, according to a leading analyst of KGI Ming-Chi Kuo. The upgrade will only affect hardware monoblock machine – CPU, display, graphics, etc. Analysts do not specify which model iMac is waiting for the update, but earlier in the code beta version of […]

Portal iFixit made a detailed analysis of the flagship smartphone Apple accessories. It turned out that the cracked display — hardly the most unpleasant story, which can happen with a new gadget. A much more significant problem is failure of the rear glass panel of the iPhone X. the fact that, according to experts, apart […]