During the announcement Apple Music company has promised to release in the fall of 2015 its service on Android. Finally, the app appeared in Google Play store. In addition to these two streaming audioservices in the market presents much more players: Spotify, Tidal, Pandora, as well as the Russian “Yandex.Music”, Zvooq, and others. But many of them are either not available in Russia or have a smaller library. I compared the Apple Music service on Android with its main competitor – Google Play Music. 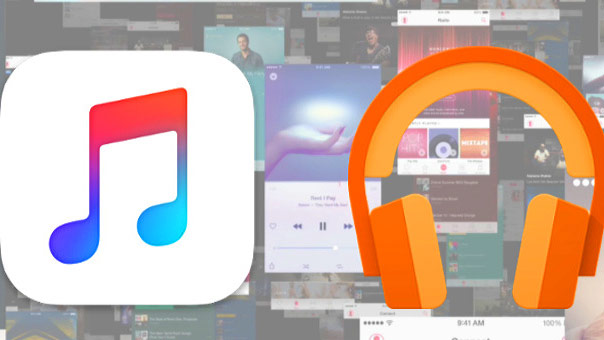 Someone may wonder: why use a service with a paid subscription when you can listen to music for free? Many users are finding other ways — for example, using the social network. Also a range of apps allows you to download music directly from there. But in light of recent events, when with the help of these apps were stolen data of hundreds of thousands of users, this becomes a safety issue.

The main advantage of streaming audioservices besides safety is comfort. With their help, you can discover new artists, without the extra apps instantly download tracks for listening offline, and the user’s music library that syncs between all the devices. And, of course, remittance is one of the most convenient ways to thank the author for his work.

Music service from Apple available on PC through iTunes version 12.2 and newer. Thanks to this, Apple Music subscription, a user can access their music library without connecting to the network on the PC via iTunes, while Google Play Music is only available when connected to the network via the website. App both services can be downloaded for iOS and Android.

When Play Music released for iOS, many users noted that the app promotes the idea of Android in terms of design, like the other programs from Google for Apple devices. Because of this, it was unusual to an eye of a fan of iOS. 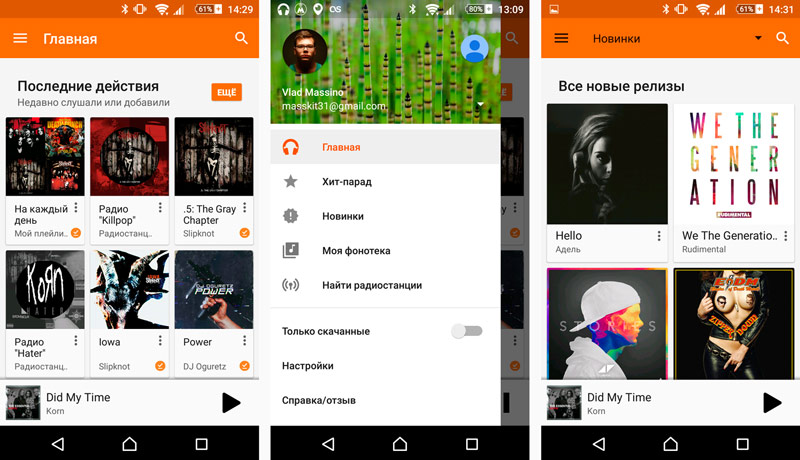 Now, when Apple released its app for Android audioservice, it’s a bit corresponds to the ideas of Material Design from Google. However, the design elements still visible handwriting Apple, so Apple Music not on Android looks exactly the same as Google Play does not look on iOS. However, this does not play a significant role. 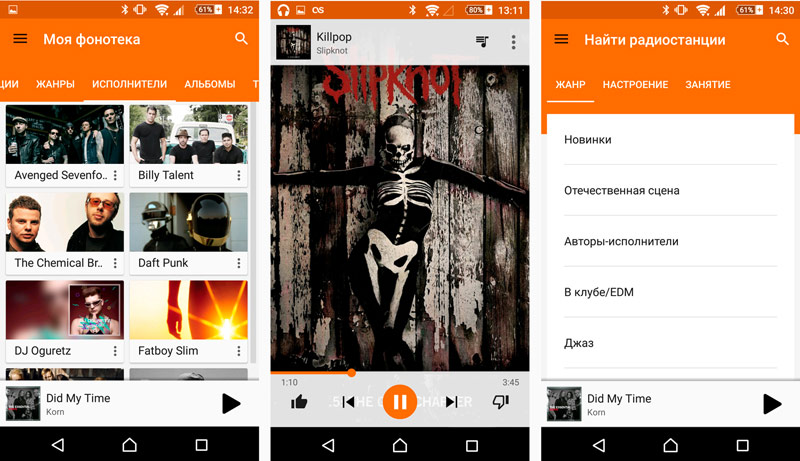 Dry figures say that both services are about the same. And Apple Music, Play Music and offer a library of over 30 million recordings. But looking at Apple’s managed to find some albums that are not in Play Music. The quality of play is slightly different: Google offers a standard MP3 format with a sampling rate of 320 kbps, Apple AAC 256. However, to understand the difference untrained ear is quite difficult, especially when listening in the usual “gags”.

In both cases, the music can be downloaded to your device for offline listening, but it will be available only through the app service.

When you first connect both applications propose to indicate their preference in music. Apple in Music it is implemented originally, but inconvenient: the bubbles with the genre or the performers fill the screen, and when you select a specific it stays on the screen. In the case of Google it is a regular list that you can scroll to infinity, choosing artists.

READ  Delivery iPhone X may be delayed until February-March 2018

On the home screen, Apple Music are the playlists and artists that should appeal to the subscriber depending on their preferences and history of auditions. Google contains on the main screen of the last played tracks, as well as recommendations of musicians, albums and radio stations. 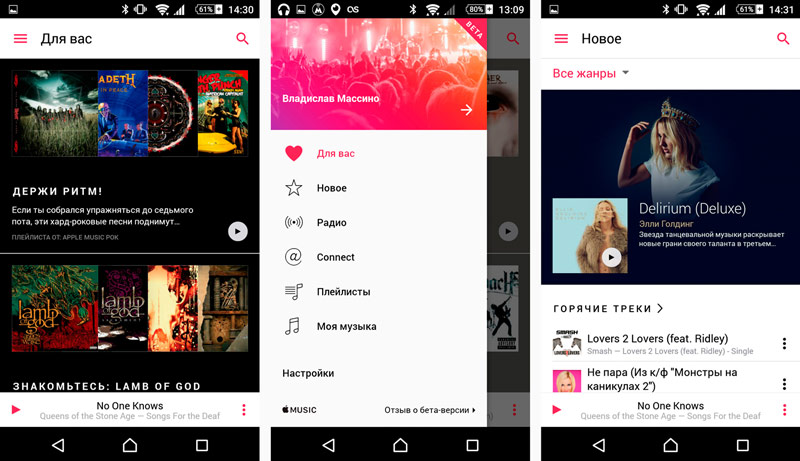 Playlists Apple advises, can be very interesting for those who are constantly looking for new tracks. Almost every time you start the app, you can discover for yourself unknown artists. In addition, you can listen to playlists of famous authors — for example, from Rolling stone magazine or from Russian portal Flow. To Play Music this is not, but you can find custom playlists like a collection of tracks from the video game “Hotline Miami”. In radio both services offer lists of tracks for a certain kind of activity and mood. You can select an individual track, album, or artist as the basis for a radio station.

Apple Music also gives subscribers access to a social network, artists Connect, in which musicians post positions with concerts and other information. Analogues that no. Don’t forget about round-the-clock Internet radio station Beats One, which is available by free subscription.

Price: 189 roubles — for a monthly subscription and Play Music 169 rubles — for Apple Music. The service from Apple to make a “family” subscription for six participants for 269 rubles. 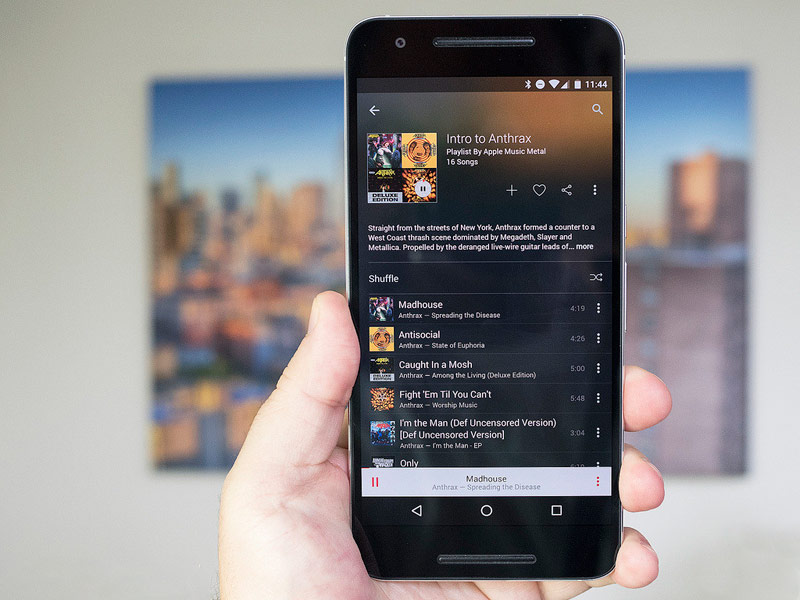 For new users who are unfamiliar with such services, it makes sense to try a solution from Apple since the first three months absolutely free, I Play Music, it is just one month. In addition, the “family” subscription Apple Music will be beneficial if you and five friends want to get access to a huge library just 45 rubles a month.

Those who has long enjoyed the service from Google, there is no reason to run on Apple Music as radically new features it offers, and move your entire music library from one application to another will be very hard. Although to try, again, worth it.

Company “Baikal electronics has released the engineering model of the multi-core processor “Baikal-T1” with a frequency of 1.2 Hz on process technology 28 nm. This is stated in the press release of the company. The representative of the “Baikal electronics” Andrey Malafeev said that the first 100,000 copies will be sold before the end of […]

According to research, Apple spends more on advertising than Samsung

It is believed that one reason for the good financial results of Samsung’s aggressive advertising policy of the company. As shown by a recent study from Apple these costs even more than the competitor. According to analysts Pathmatics the iPhone maker spent on advertising via digital channels at US $97 million, while Samsung $80.4 million […]