If you disconnect the strap from the Apple Watch, in the place of fastening of the bottom part can be used to detect hidden connector, which Apple is silent on the official product page, as well as in supporting documentation. This interface port, the company plans to use to create “smart” straps for a smart watch. At least, such information has Czech news resource LetemSvetem. Special six-slot is located inside one of the grooves for fastening the strap of the Apple Watch. In appearance it resembles a Lightning for iPhone and iPad. With it, you are installing the operating system on the stage of production of new items, so, as expected, he showed up in the final version hours.

However LetemSvetem leads a more interesting explanation. According to the source, Apple is planning to release a line of “smart” straps for the Apple Watch, which will be connected to the electronic bracelet through the interface connector. Accessories will be compatible with Apple Watch first generation, but will not until 2016.

Apple intends to release the straps with a sensor of oxygen in the blood, respiration sensor, a module for measuring blood pressure and temperature sensor. The reason it took bracelets, due to the fact that these sensors cannot be integrated directly in the case of the Apple Watch. The temperature sensor body, for example, should be placed on the reverse side of the wrist, so that the readings are not influenced by the temperature of the hour. 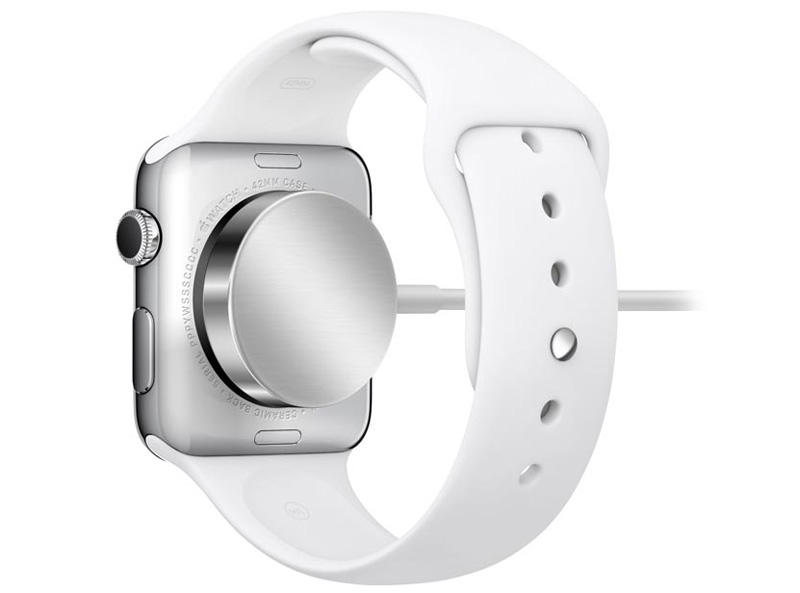 Previously, manufacturers of accessories have found that 6-pin connector Apple Watch can be used for charging the device and to cope with this task faster wireless charging. On a video on YouTube the creators of the Reserve strap Strap showed the difference in speed of charging the battery of the Apple Watch with MagSafe and via the diagnostic port of the device. It is noteworthy that with this method the watch’s display does not appear charging icon, and the device heats up much less.

What would you change in the Mac Pro?

Three years ago, Apple showed the world a new generation of productive Mac Pro workstations. Mini-computer in the cylindrical housing was 10 times faster than a personal computer and is much more compact than the previous model. Mac Pro stuffed with server processors Intel Xeon E5 v2, AMD FirePro graphics, and Thunderbolt 2 support 4K […]

The developers contend: the public release of iOS 9 beta provoked a wave of negative reviews on the App Store

Over the past year, Apple significantly changed its approach to testing new operating systems. The company allows users without a developer account to install a not yet released OS under beta testing. Recently California giant unveiled the first public beta version of iOS 9, which is scheduled to release in the fall. To download system […]

Apple has lost the trial on the suit against Samsung for patent infringement in the U.S. Supreme court. The court ruled in favor of the South Korean manufacturer. The U.S. Supreme court reversed the decision of the court of appeal, according to which Samsung was to pay Apple $399 million for the