In iOS 9.3 feature Night Shift – the so-called “night mode” that automatically adjusts the color temperature of the screen of the iPhone and iPad. It defines the location and clock time of sunset in the area where the user is located and shift s the screen color to the warm end of the spectrum. In iOS 9.3.1, as we wrote, Apple has restricted work Night Shift in a power saving mode; in iOS 9.3.2 the company went to meet customers. In the current version of the OS night Night Shift switches off automatically if the user activates the device power saving Mode. For what purpose this is done is not clear. It is unlikely that the change in color temperature cause accelerated battery discharge iPhone and iPad.

In March, there was found a possibility to circumvent this limitation in iOS 9.3 using voice assistant Siri. In iOS 9.3.1, however, the command to activate was blocked. If the user says “Turn on the Night Shift”, the voice assistant will answer, that for this he needs to turn off the power saving Mode. To circumvent the limitation is possible only by doing a special trick, which we described earlier.

9.3.2 in iOS beta 2 does not have such limitations: users can enable “night mode” in the power saving mode. To do this, simply go to “display & brightness” or use the appropriate button in the control center. 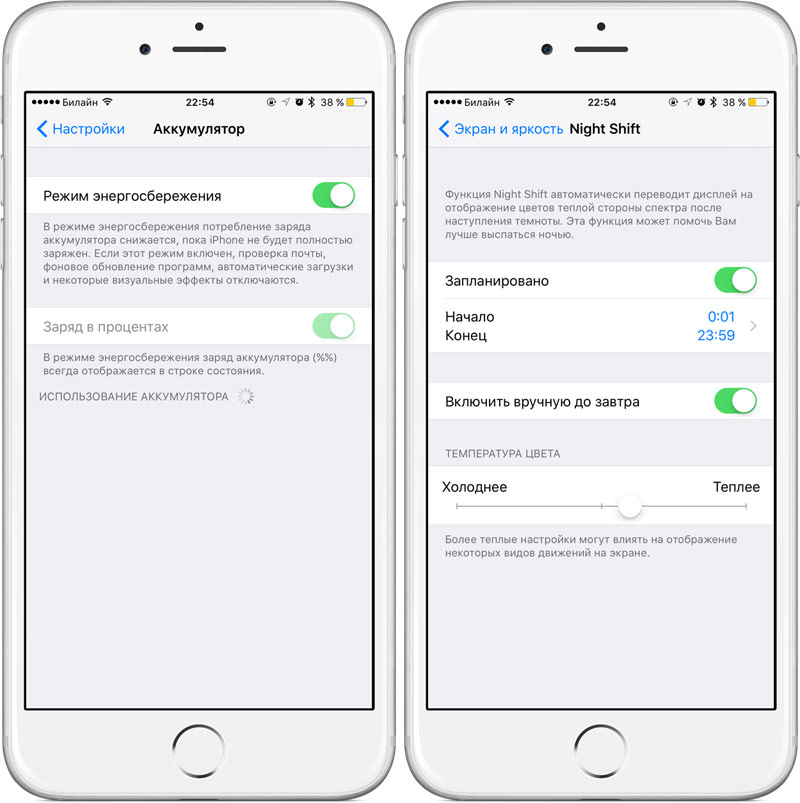 9.3.2 the release of iOS beta 2 was held on Wednesday, April 20. New edition, like previous ones, is a maintenance update and does not bring significant changes in the interface of the operating system. Apple developers have focused on improving the inner workings of the OS.

In recent years, Apple has steadily reduced the number of interface connectors in the Mac. 13-inch MacBook Pro, released in 2012, there were eight, and models of a sample of 2016 – only five, and only two types: 3.5 mm universal audio Jack and USB-C, which serves both for charging, data transfer and connecting peripherals. […]

On the jailbreak iOS 9.2 independently from each other a minimum of two teams of hackers Pangu and TaiG. The other day a Chinese company 3K Assistant that cooperates with the first group of developers announced that they had made great progress in preparing the jailbreak iOS 9.2. As it turned out Stephen Chan from […]