In 2011, Apple launched a cloud-based iTunes Match service, through which users can listen remotely on your iPhone, iPod touch and iPad and Mac and PC music obtained from any source, including from the online iTunes store, as well as CD-ROMs and torrent trackers. Pay only 799 rubles a year, music lovers can store their entire music library in the cloud. 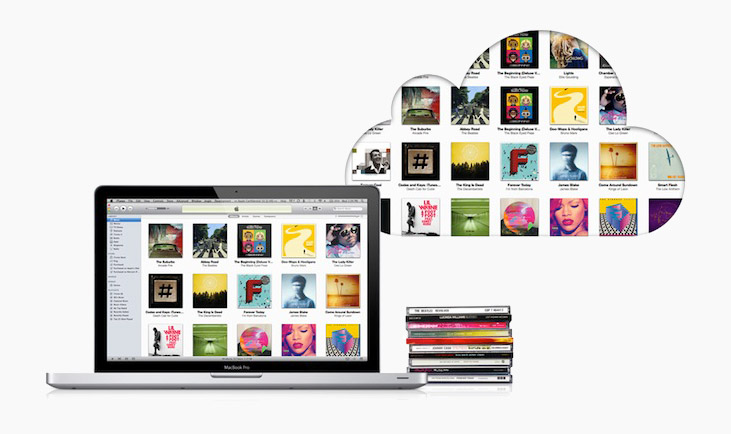 At the moment, iTunes Match has a limit 25 000 songs. However, with the release of iOS 9 in Cupertino will increase this figure to 100 000 tracks. About this he wrote on Twitter Apple’s Vice President of Internet services eddy cue, responding to a question from a user.

“Does Apple Music a limit of 25,000 tracks that iTunes Match?”, – wrote a user under the name @karlfranks.

The top Manager noted that Apple Music will work on the same principle as iTunes Match, that is, users do not need to subscribe to both services to get this functionality.

Now after you subscribe, iTunes Match goes through three stages of work. The first stage is scanning your music collection on a matching of the songs in the Apple store, the directory which has about 30 million tracks. Once iTunes match music library with iCloud, the user can listen to music from the cloud on any device. The only limitation is the download time and network bandwidth. 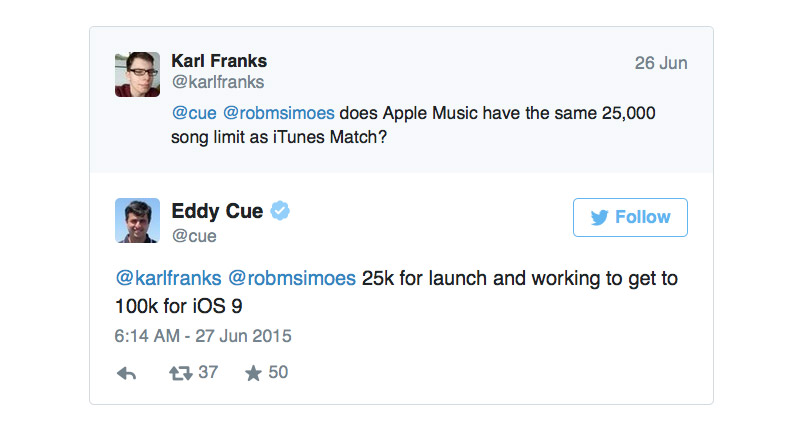 Need to understand the limits on number of songs: the service will scan a maximum of 25,000 songs that were added to your library, not from the iTunes Store. The remaining tracks, honestly bought in the online Apple store, will be available from the cloud in unlimited quantities.

iTunes Match and Apple Music, using the standard AAC with a bitrate of 256 kbps, and all the tracks in a higher bitrate are translated into this format. The quality of the original music files are not affected.

Why Xiaomi smartphones are so cheap: interview with top-Manager of “Chinese Apple”

About Xiaomi we know that they produce inexpensive smartphones and some other equipment…? Why products “Chinese Apple” are often cheaper than competitors ‘ models? In an interview with Ferra Director of marketing for Xiaomi Donovan San told how the company manages to produce affordable smartphones. “It is wrong to consider the activity Xiaomi just for […]

The release of the jailbreak TaiG 2.4.3 with bug fixes

Hackers from team TaiG continue polishing tool to jailbreak devices on iOS 8.4. In the new version of TaiG 2.4.3 developers optimized jailbreak process and fixed some bugs that prevent completion of the procedure of hacking the iPhone and iPad. TaiG 2.4.3 is at the stage of beta testing, but the program is relatively healthy. […]

Released the final version of the TaiG jailbreak 2.4.3 with updated Cydia and fixes

Hacker group TaiG has released the final version of the exploit TaiG 2.4.3 for Windows. The program, tested it last week, allows you to perform untethered jailbreak of iOS 8.4. In the new version of the tool is optimized jailbreak process and fixed several bugs that prevent completion of the procedure of hacking the iPhone […]