Apple has achieved the first victory in a dispute with Russian online retailers that used the trademark Apple, iPhone and iPad without permission. The company entered into a settlement agreement with the administrator of the site apl-msk.ru and now will get the rights to a number of domains from which customers were redirected to the online store. 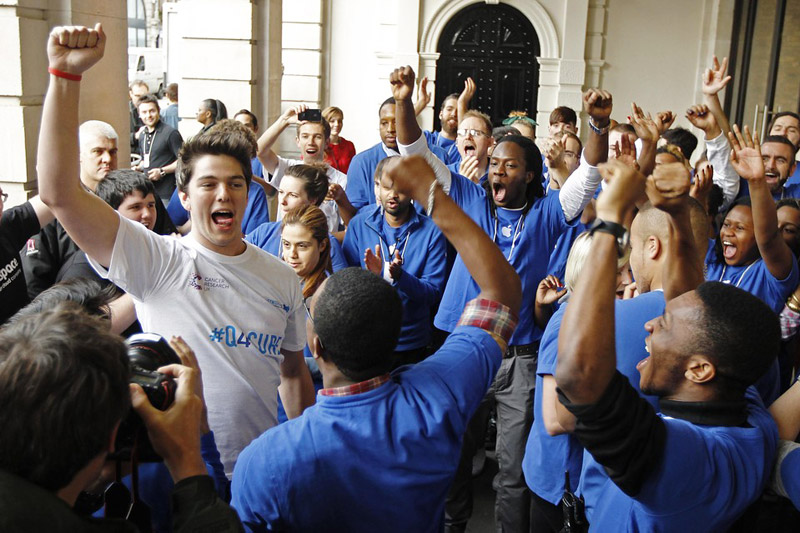 The arbitration court of Moscow approved a settlement agreement between Apple and Ivan Neminem, admin domains apl-msk.ru, apples-msk.ru, apple-msk.ru, apple.msk.ru, applemsk.ru, apples.msk.ru, applesmsk.ru according to “Kommersant”. Forwarding with data domain is the online store apl-msk.ru that implements the technique under the Apple brand. American Corporation accused Nemcina in violation of the rights to the trademark “apple” in the domains and is required to pay him 1 million rubles. According to the text of the settlement agreement, announced during the hearing the lawyer representing Apple, Ivan Namkin pleaded guilty to a violation of Apple’s trademark and agreed to voluntarily transfer ownership of all domains listed U.S. Corporation, and Apple refused compensation.

Consideration of the claim to Apple LLC “Profit” LLC “Electrotherm”, LLC “Argo” LTD., “Majesta Plus, the last few years which in turn owned a shop apl-msk.ru will take place on 2 September. In Cupertino have found that the store was selling counterfeit goods. Apple demands from the defendants 15.5 million rubles for the use of trademarks Apple, iPhone and iPad in the name of the online store, portal, the implementation of counterfeit goods, commodity and cash checks when selling products.

According to “Infoline-Analytics”, the word “apple” is used about 400 Russian online stores in the blast zones .ru, .su, .net .bis .org .info and .com, most of them selling grey goods, that is imported without payment of customs duties. The aggregate turnover of these online stores in 2015 may reach 15-20 billion rubles According to kartoteka.ru the revenue of the Russian “daughter” Apple LLC “Apple Rus” in 2013 amounted to 48.5 billion rubles, net profit — 81,7 million rubles.

Read also:   Best Buy is expanding the geography of sales of the Apple Watch due to unexpectedly high demand

Due to the fact that the administrator of the disputed domain will soon become the Apple online store apl-msk.ru will cease to exist or is transferred to another domain. Despite this, Apple is likely to push recovering damages from legal entities, who ran the store, to punish violators, says managing partner of the advocate Bureau “Pleshakov, Ushkalov and partners” Vladimir Pleshakov. “It is noteworthy that Apple is not trying to impute to them the trade in counterfeit goods, and only defends its trademark rights. The trade in counterfeit goods is more difficult to prove, it is necessary to order third-party expertise — in this case it would be delayed. In disputes about the infringement of trademark rights all usually pretty obvious,” he says.

The Verge invited specialists of the company Vox Media to conduct “blind” test the sound quality of the three streaming services Apple Music, Spotify and Tidal. The latter promises surcharge sound with a bitrate of 1.4 Mbps, which corresponds to CD quality, while Spotify supports 320 kbit/s, and the Apple Music – 256 kbps. Service […]

This week Apple updated the MacBook Pro line. The device has an improved processors the seventh generation Intel Kaby Lake with a clock frequency of up to 3.1 GHz with Turbo Boost up to 4.1 GHz, and a faster graphics from Intel and AMD. The model with 13-inch screen is now available in the basic […]

Blue Box Steve jobs will be sold at auction

Blue Box is the first device that brought together Steve jobs and Steve Wozniak, will be auctioned Bonhams 6 December 2017 in new York. Reported by the Daily Mail. According to the idea of young entrepreneurs, the gadget allowed for free long distance telephone calls, special service reproducing signals. Before to realize the commercial potential […]