Two days after the special event dedicated to the announcement of the iPhone 6s and iPhone 6s Plus, iPad Pro and the new Apple TV, as well as the upcoming launch of iOS 9, the official broadcast was available on the YouTube channel Apple. 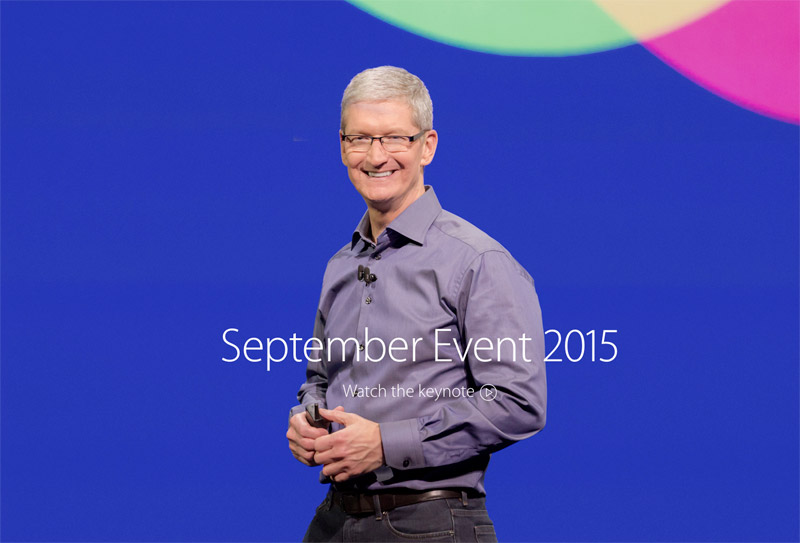 Since then, Apple has regained its leadership position in the market of information technologies, demonstrating multi-million dollar sales of its devices, traditionally, to withhold information about upcoming company news becomes more difficult. The same happened with the next presentation of new products in San Francisco: the company showed exactly what thoughtful observers from her and waited for the new iPhone, the iPad Pro with a larger screen and a radically updated set-top box Apple TV. Despite the fact that all of these announcements were expected and big surprises Apple is not presented, the audience of the presentation is unlikely to have been disappointed: the show, which lasted an unusually long time — more than two hours, was quite dynamic and rich information about the features of new devices.

Along with two iPhone 6s, iPad Pro was introduced a new Apple TV and iOS 9, which received a number of innovative features. The final release of iOS 9 will be available on September 16.

Earlier presentation, which became the leading Tim cook, it can be downloaded and viewed on computers and set-top boxes Apple TV. Apple also posted the links to view the event online and to download the video in 1080p HD.

In the fourth quarter of the global market for wearable devices has shown rapid rise, due to the growing popularity of “smart” clock Apple Watch and fitness trackers. This is stated in the report of the research company IDC. According to analysts, in the period from October to December 2015 producers released worldwide about 27.4 […]

How much RAM does the new 10.2-inch iPad have

On September 10, Apple announced a new iPad with a 10.2-inch display. He, like all other new products presented on this day, fell into the hands of the specialists of the iFixit repair shop, who disassembled it to the last screw and carefully studied the filling. interesting                            IPhone 4 design will return […]

The American has found the perfect way not to lose AirPods

Piercing fans, rejoice: the tunnels in my ears, finally found a practical application. They can hold the Apple earphones without the risk of losing them on the walk. After the presentation, a new wireless headset Apple, many Internet users reacted skeptically to the device: these headphones are too easy to lose. With rather big set […]