Application developers from Danish Studio Robocat complained about the rules of the App store. Apple refused to post an update for the reason that on the screenshot of the program featured the word “Android”. The company has tied moderating rules with the struggle of cupertinos against software platform Google for the attention of users. 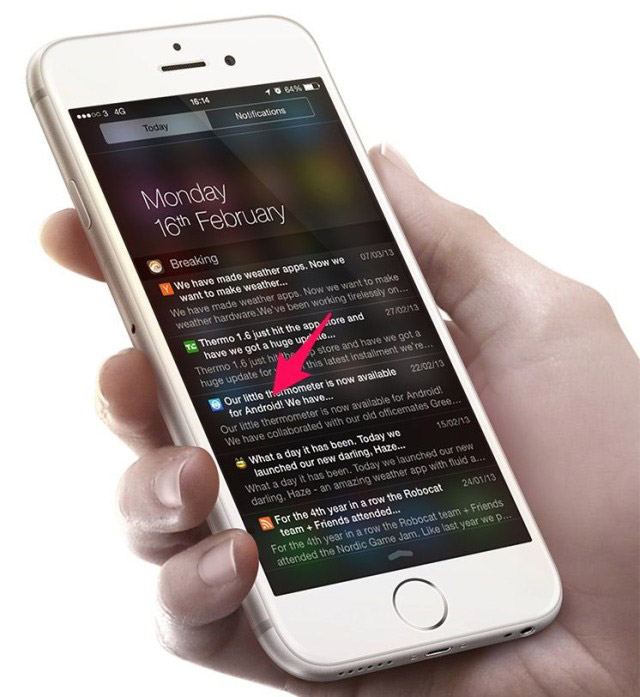 The app is Breaking news aggregator with a keyword filter. When you try to update to version 1.3, the developers have refused. As it turned out, the picture in the news list in the notification Center, the App Store moderators saw the word Android. The name “enemy” platform could barely even see in the image, however, this was reason enough to refuse the update.

As developers write in his blog, the moderators Apple refer to paragraph 3.1 of the rules of host applications in their store. “Apps or metadata that mentions the name of any other platforms of prohibited”, — said the representatives of the it giant on the request of journalists.

A fun fact is that this screenshot is from the online shop up to date Breaking 1.2.1. Four previous updates with this picture has not caused any issues at Apple, outraged by the Danes.

The rules of the App Store is not the first time cause issues for developers. Last year Apple removed the app Launcher that allows you to create shortcuts for actions in different programs and use them as widgets in notification Center “due to the mismatch between the rules of the store”. Later, the company reversed the decision and allowed the app in the App Store.

READ  What do you expect from the new iPad Pro 2?

In February Apple announced special rules for gaming apps in the App Store, according to which screenshots should be the minimum rating of 4+. This means that the developer can refuse to place the application, if the screenshots or icon will be placed weapons, or will be present scenes with elements of violence.

“We’re talking about espionage”: the lawyers demanded to disable the transmission of personal data of Russian citizens on servers in Microsoft and Apple

The Russians began to complain to the attorney General on the new operating system Windows 10, which is accused of collecting personal data of users. The petitioners argue that the OS is already being used or will be installed in the Russian medical institutions, police stations, tax authorities and other state structures, which poses a […]

Analysts: Apple products will cease to be popular by 2020

In technology industries there is a new law that leading companies eventually lose their positions-often quickly and brutally. Champions mobile, once served as a shining example of success in technology, in just a few lose their positions and leave the market. According to analysts, the life cycle of the popular companies in the mobile industry […]