According to analysts Canalys, Apple has lost its leading position in the smartphone market in China, behind Xiaomi and Huawei. The market share of American manufacturer in the report for the second quarter is not specified. 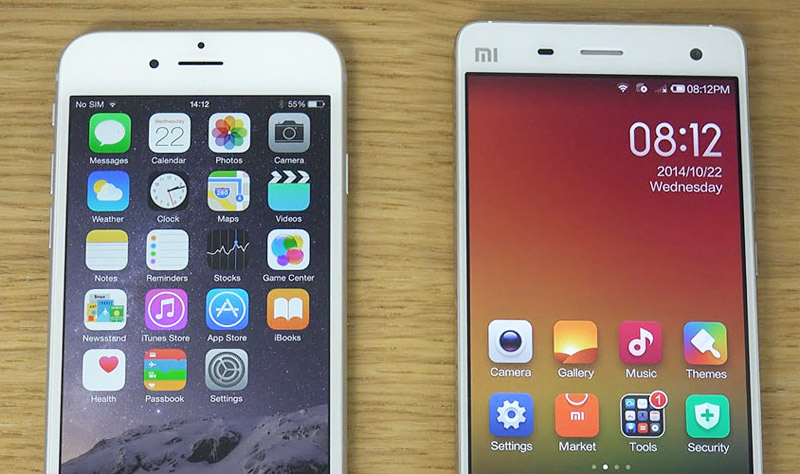 It is reported that Xiaomi has regained the title of largest manufacturer of smartphones in China, having received 15.9% of the local market for the specified period. However, the company is unlikely to be able to relax and rest on our laurels, because literally in the back, her breathing Huawei, which increased shipments by 48% and managed to capture 15.7 percent of the smartphone market of China.

Huawei for the second quarter of the year shipped more smartphones than Xiaomi. Just last implements the lion’s share of devices on the market, while Huawei every year more and more focused on exports.

Apple had to settle for third in the ranking of the largest manufacturers of smartphones in China. And behind it there are Samsung and Vivo. Their share is also not specified. In Canalys noted an unusually high level of competition among the major brands for leadership in the Chinese market.

“Huawei has recorded the highest volume of shipments of smartphones in its history without sacrificing margin or profitability. Apple and Samsung have increased their sales in the Chinese market is rapidly developing sales channels through flagship stores and small and medium mobile retailers respectively,” noted Canalys. Analysts believe that in these conditions the “Chinese Apple” will be difficult to maintain its leading position.

Read also:   Record after record: what is the secret of Apple's success

It is believed that freedom of choice and alternatives is a good thing. But Apple has a different opinion. On the one hand it is right, because the company provides us with the best option that will suit the majority of users. On the other — it’s frustrating. iOS there are already as many as […]

Apple has transferred the first payment to Nokia, starting to execute the license agreement that the parties came a few months ago. As we learned from the quarterly financial report Nokia, a California Corporation transferred to the company account of $2 billion. We will remind that in may of this year, Apple and Nokia have […]

With the release of iOS 10.2 the owners of smartphones iPhone can discreetly call emergency services and give them all the necessary information. In a test version of updates for Apple mobile devices introduced a new feature, which can be useful in emergency situations. Users will be able to contact the police or call an […]