Although in the past Apple has stated that OLED displays aren’t good enough, LG Display and Apple had agreed on the supply of screens OLED for Apple Watch. Moreover, Apple patents all kinds of inventions related to OLED. For example, recently discovered the source in the database of the U.S. patent office a patent application, in which the California technology giant describes a color display, made by technology OLED. 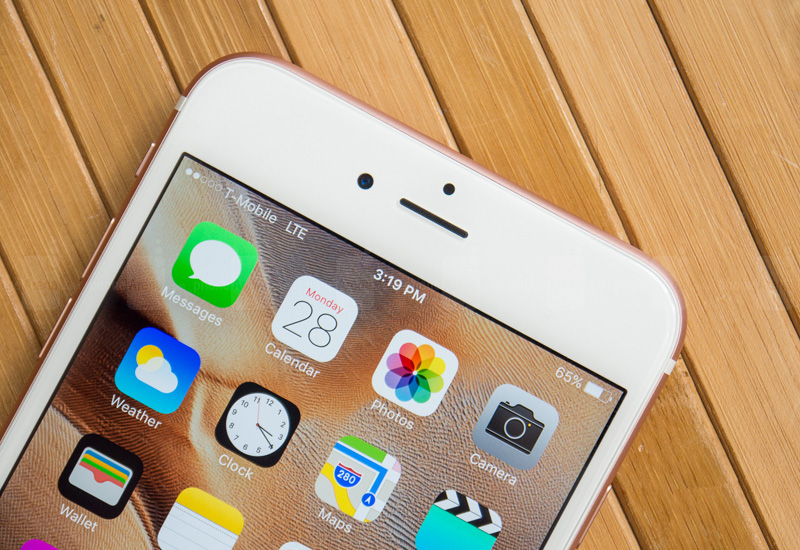 OLED displays have low thickness and high efficiency LCD panels even with record low consumption can not be compared with them. But this technology has some significant drawbacks. The main is that the picture fades in bright light and not very durable: over time, the display starts to hit one of the colors.

Apple’s patent describes a method of eliminating the drawbacks of OLED screens. Patented technology is called “Association of organic light-emitting diodes with photodiodes” (Organic light diode having photodiodes). It is assumed that the display mobile device will receive a set of special sensors that will analyze the condition of the diodes and automatically adjust their work. If the color or brightness of the image on the screen will be uneven, for example, in the case of the deterioration of the properties of light-emitting elements, sensors will compensate for their shortcomings, making the picture more uniform.

Also in the Apple patent describes technology that automatically adjusts the brightness of different parts of the OLED-display with uneven lighting and ways to extend the life of organic light emitting diodes. 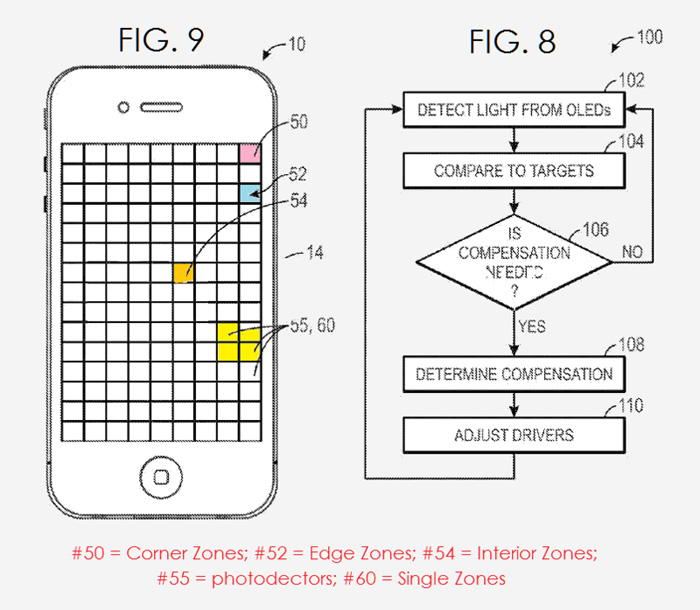 Apple has provided equipment of OLED displays with temperature sensors. The fact is that such panels can change color and brightness when the temperature changes, dimming when heated. Most pronounced this effect in red organic light-emitting diodes. If integrated into the display the sensors, you can use the indicators to compensate for these changes and to obtain better image.

Read also:   Notebook Acer Predator X 21 with a curved display will be released in Russia for the price of three MacBook Pro in top configuration

The OLED displays are thin and do not have the illumination system. This allows positioning close to the screen, other components, including being a source of heat. Their presence may prevent correct transmission of colors and speed up the aging portion of the screen.

The patent States that the sensors can be used to measure the temperature of different parts of the screen, down to individual pixels, and a correction is determined by the controller. In addition, the sensors allow to identify areas where under the action of high temperature OLED wear out with higher speed, and also to compensate for this effect.

In June of this year, the publication Business Korea reported that there is a big chance to see an iPhone with a flexible OLED panels until the end of 2018.