It’s no secret that when you create a native application Apple Maps used map data to TomTom. The largest producer of navigation equipment and digital map to deliver location-based content for branded apps in Apple iOS and OS X. TomTom Today announced the extension of the license agreement with the American giant computer electronics. 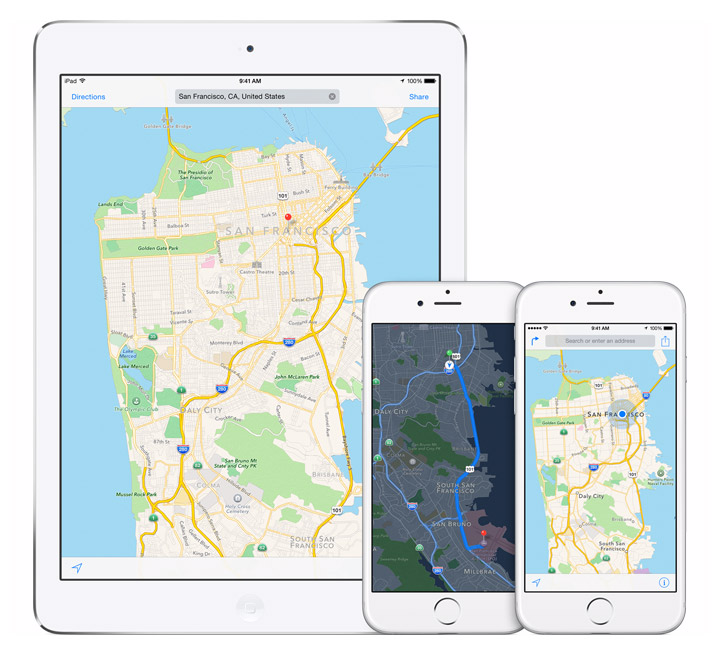 In the framework of cooperation Apple uses digital content partner in maps on iPhone, iPad and Mac. The TomTom representative told that the company did provide cupertinos their map data, but at the same time stressed that every manufacturer uses them to create their own unique applications. Details of contract concluded for the first time in 2012, is still not disclosed.

“We insist on the quality of our cards,” said Vice-President of TomTom units dealing in consumer goods, Caroline Fisher. She added that the company does not have a full team at Apple. According to available information, the Corporation from Cupertino managed to extend the contract with TomTom on more favorable terms in comparison with the initial stage of the partnership.

Apple strives to improve its own maps to make the experience extremely positive. For Russian users, the company has integrated maps with mobile services of “Yandex”, in particular, were using geopoisk developed by this company.

According to the statement by the representative of Apple map service is a great initiative and will be improved in the future. “We appreciate all the feedback and work hard to ensure that their experience with the app has become better,” the company said.

After announcing a contract extension with the Apple securities TomTom has increased in price by 7% – 8.93 euros, which is the highest value since 2009. Since the beginning of the year shares the Dutch manufacturer has risen by 57% due to the conclusion of several contracts with automotive companies.

Microsoft has said that iPad Pro is copied from the Surface

Apple has a complicated relationship with the concept of computers “2-in-1”. In Cupertino trying not to use the iPad — even the most expensive 12.9-inch iPad Pro with keyboard and pen — hybrids, as Microsoft Surface series. However, Apple wants consumers perceived brand tablets on iOS not like a huge smartphone, but as something closer […]

In your code in OS X El Capitan found mention of the new 21.5-inch iMac with a 4K display and touch remote for Apple TV

Developer Pierre Dandaman has detected a second beta version of OS X El Capitan references to new iMac with 21.5-inch display. The feature of this model will be the screen resolution, which will amount to 4096 x 2304 pixels. Anyone who follows the activities of Apple, knows that the company seeks to conceal information about […]

PhotoFast has released a device for reading memory cards microSD 4K iReader, designed for iOS devices equipped with Lightning connector. Gadget passed formally certified by Apple. The creation of new products, the company, was carried out as an urgent requirement owners of “Apple” technique to improve storage, transfer and backup data when iPhone 7. The […]