Six months after the presentation of the iPad Pro Apple introduced its compact modification with a screen diagonal of 9.7 inches. The tablet, like its big brother, is equipped with a powerful A9X processor and high-quality 12-megapixel camera with the ability to shoot video in 4K resolution. For games lovers it is worth noting that the graphics on the new tablet, according to Apple, better than Xbox 360. 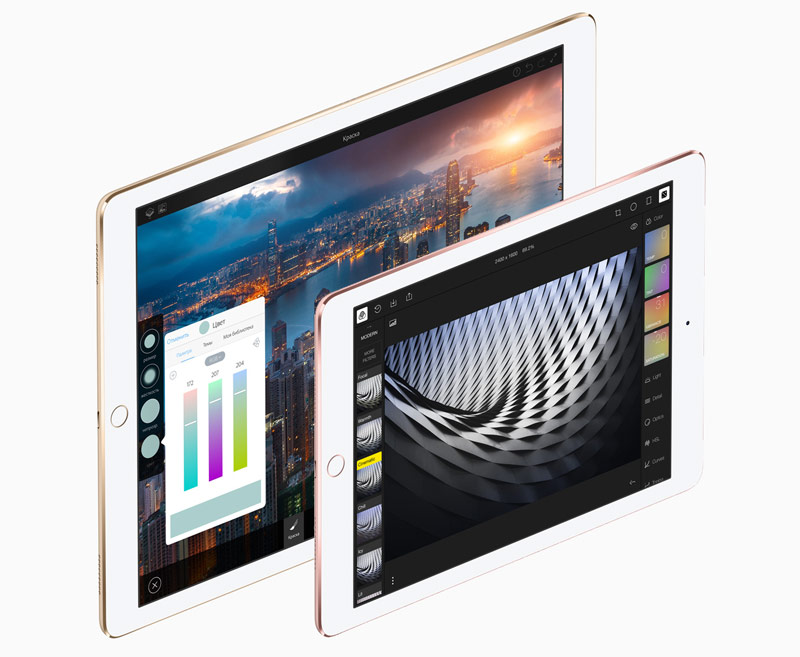 New 9.7-inch iPad weighing less than 450 grams received the “advanced, brightest display in the world with best anti-reflective protection”. The display has the same color space used in digital cinema industry. With wider color range, the saturation of colors on the iPad Pro up to 25% higher than the previous iPad models.

Compact iPad Pro equipped with the system of True Tone Display. According to Apple, the device uses four-channel light sensors that automatically adjust the display color to the ambient light. Due to this, the reading becomes more comfortable, comparable to reading a book. 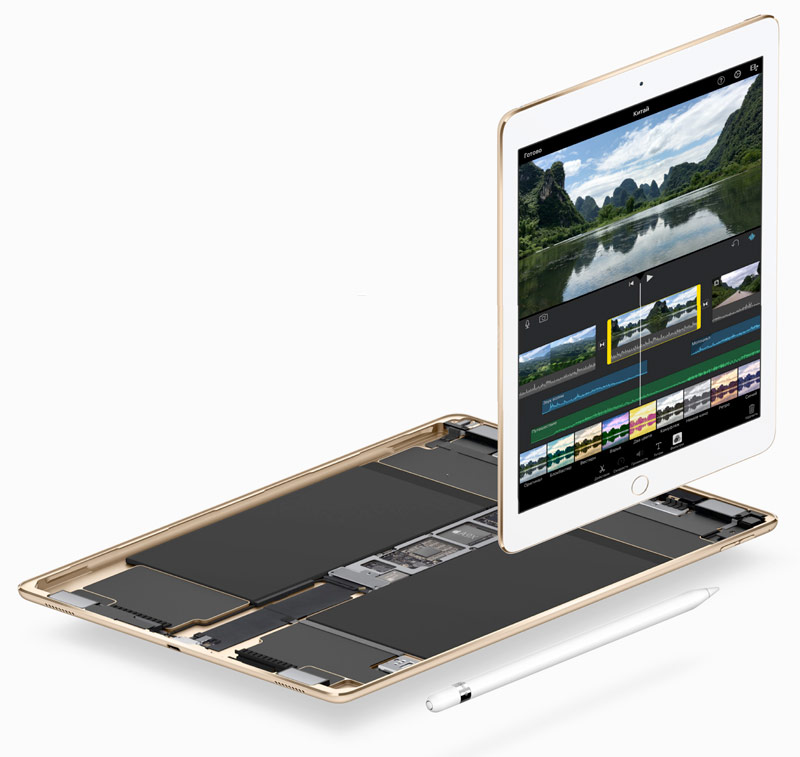 The new iPad Pro battery delivers up to 10 hours in offline mode. The sound is provided by four powerful dynamics. Compact tablet is able to work with Apple Pencil stylus and removable keyboard Smart Keyboard.

Sales of the iPad Pro will start together with the sales of the new iPhone SE. The cost of the 9.7 inch iPad Pro in Russia will amount to between 53 000 rubles for a model with 32 GB of memory. Version with support for Wi-Fi, LTE module and 256 GB of memory will cost 88 000.

The iPhone has long ceased to be original, even if they have batteries, stands, Kevlar or lead plates. But there is no limit to imagination, as there is no limit to technical progress. Virtual reality is selected on mobile consumer devices, the most popular of which are, by default, the iPhone, and the company Quantum […]

In the new version of mobile client YouTube the developers have added a feature to fast forward. This option was not stated in the list of updates, and was discovered accidentally by users. Rewind YouTube only works in fullscreen mode. In order to rewind the playback ten seconds forward, you need to double click quickly […]