Just two years later, the inhabitants of a small Irish village Derrydonnell become neighbors with one of the largest data centers in Europe. The cost of a new European data center Apple area of 24 000 square meters of €850 million euros. 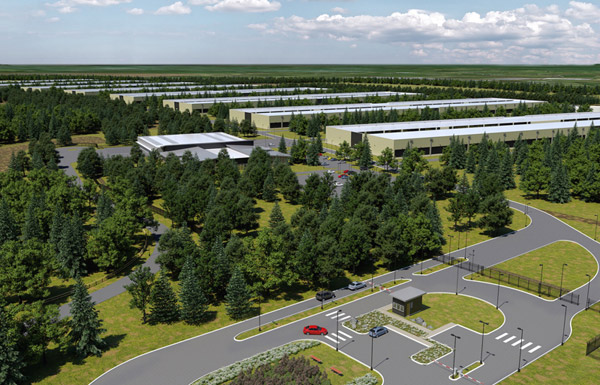 Plans for the construction of data centers it became known in February of this year, and just now the American giant computer electronics received permission from local authorities. Giving the green light to Apple, the County Council Galway obliged the Corporation to perform the 12 conditions.

Apple may limit the timing of works and the number of cars on the roads in the construction process. Also, the company is required to hire a certified archaeologist for the study sites. Cupertino will pay to the budget of the County €16 500 for the installation of new road signs.

The building will consume 20 MW of energy, which will be charged according to the program of credit under the commitment to investing in renewables. All the rooms of the center will be located in Palmerstown, Tobberroe and Derrydonnell.

After commissioning a data center Apple will employ 150 people. Well, if all goes according to plan, ground will be able to accommodate not one, but seven data centers, however, according to the Apple representative, and each of them will need to obtain a separate project resolution.

“Like all data centers Apple, new buildings will be provided with clean, renewable energy from the first day of launch. Apple will also work with local partners on new projects in the field of renewable energy, like wind energy and other sources to generate electricity,” – said in the message.

Last year, Apple spent more than €7.8 billion in contracts with European companies and suppliers that help to create products of the company and support its work around the world.

The best of the best 2017: top apps for iPhone and iPad by Apple

Apple’s WWDC conference 2017 held a ceremony of awarding the prize Apple Design Awards. Awards were given to the developers of applications for iOS devices, and creators of programs for macOS and tvOS. In the list of winners includes 10 services and 2 student project. In the competition competed application developers for iOS and macOS, […]