This week, Apple announced new models series iPod multimedia players. iPod touch which are completed with 4-inch display, received a 64-bit A8 chip and 8-megapixel camera, while the iPod nano and compact iPod shuffle with new colors. As told by the owners of Apple iPods, the user has the possibility to listen to music from the Apple Music service only if he uses an iPod touch: for owners of the iPod shuffle and iPod nano this content is not available. 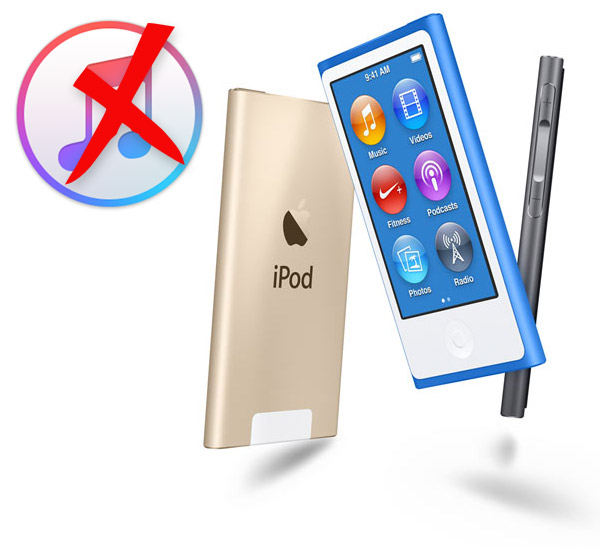 With the launch of the music service Apple Music users no longer need to collect your own collection of music – all the entries are in unlimited access to a huge library of iTunes. Any songs can be stored on your iPhone, iPad or Mac for offline listening. At the same time, Apple’s policy doesn’t make sense to buy the iPod shuffle and iPod nano. The fact is that to synchronize with these devices can only own music. To use the content uploaded to the computer from Apple Music, is prohibited.

It is about the protection of digital content against piracy, says blogger Jordan Kahn. If you try to download music players from Apple Music, iTunes will throw an error: “Songs from the Apple Music can’t be copied to your iPod.”

“Not allowing users to sync offline tracks with iPod shuffle and iPod nano, Apple can be sure that users will not be able to keep the collection on their devices and continue to listen to the music after you stop paying for Apple Music,” writes Kahn. – On iOS gadgets that have access to the Music app and Wi-Fi, it’s simple: Apple can check Apple Music subscription”. 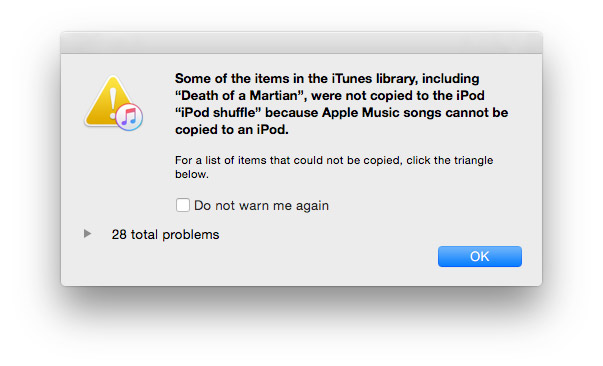 The browser does not exclude that in the future the situation may change. But at the moment “younger” iPod limited to content purchased from the iTunes Store and songs without DRM protection.

The official price announced in September iPhone 6s is, as you know, $649 for the version with 16 GB of flash memory. The Bank’s specialists Teardown undertook to find out what is the production cost of this model, for they are armed with a price list for the components of the new smartphone. The resulting […]

On the eve of the presentation of the second generation Apple Watch Samsung introduced its own smart watch Gear S3 with the operating system Tizen on Board, which, as already confirmed by the company, will be compatible with iPhone. Today we have the opportunity to become acquainted with the main competitor of the Apple Watch […]

Apple has released a special version of the proprietary case with battery for iPhone 7. Accessory Smart Battery Case red became the signature product line of the Corporation from the program (Product) Red, which is struggling with diseases such as AIDS, tuberculosis and malaria. The organization (RED) aims to attract big business to the fight […]