Apple called the mistake the ban on withdrawals to the accounts in Sberbank for the Russian developers of the imposed upon the organization of U.S. sanctions. Wrote about this in his microblog developer Anton Bykov, who received a letter of apology from the company. 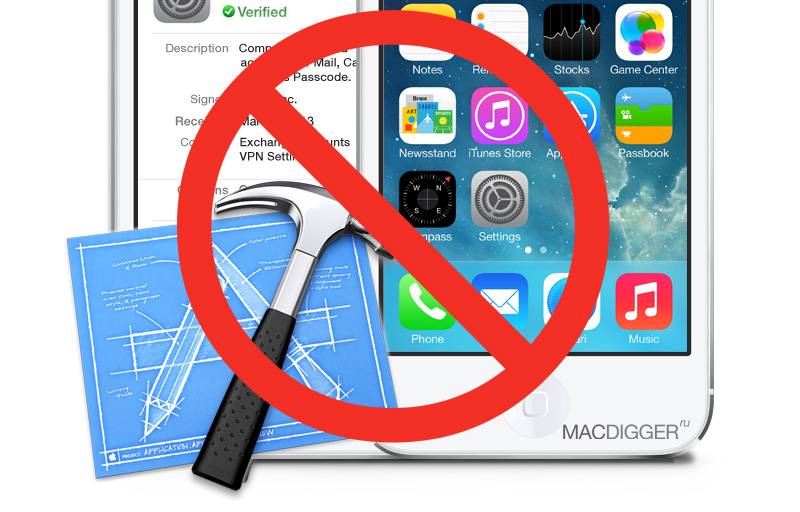 Apple representatives said that the initiative was a mistake, and all transfers to accounts “savings” that have been frozen will be completed within a “few days”. Developers do not need to perform any additional steps that indicate they.

“We apologise for any inconvenience which may have caused you,” — said in an email campaign for Apple.

That “Apple” the company has resumed payments to accounts in Sberbank, spoke in a Russian Bank.

“We are pleased with the decision of Apple to resume payment of royalties to the developers to accounts in the savings Bank. Earlier restrictions have been a misunderstanding related to incorrect interpretation of legislative norms regulating the sanctions regime,” said the Bank.

At the end of August it became known that Apple refused to affiliate payments to an account in Sberbank. The company explained that the decision is connected with the sanctions taken against Russia by the European Commission and the US administration. In this regard, Apple is more “can’t transfer money partner in some regions of Russia and in the Crimea.” 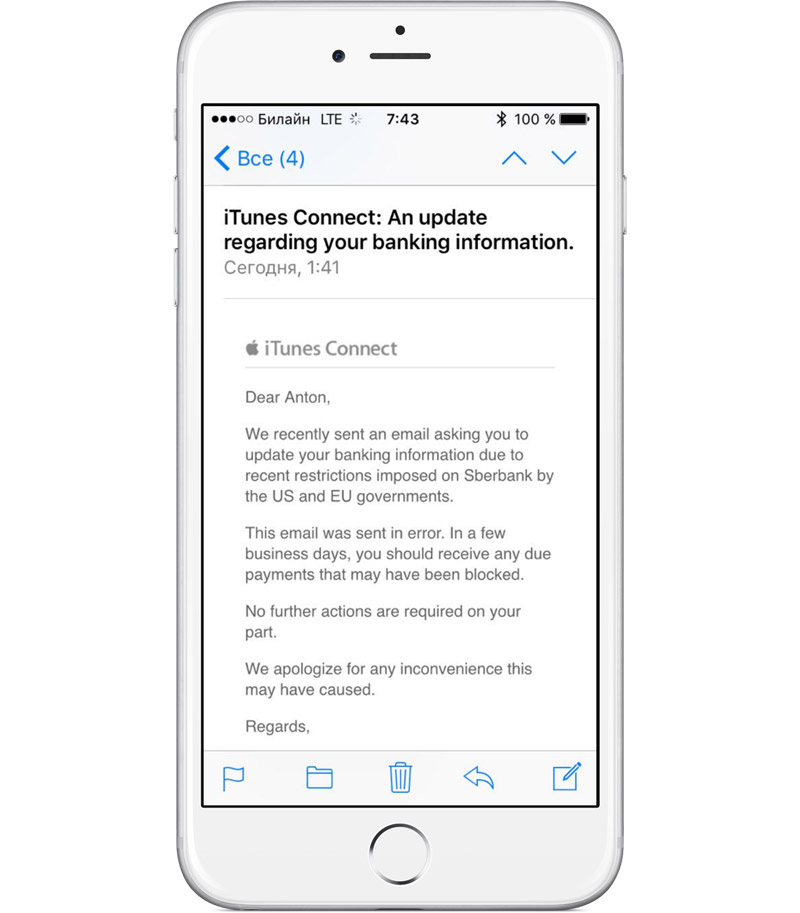 Sectoral sanctions of the European Union and the United States, introduced in September 2014, relate to long-term financing, said Sberbank, and settlement and clearing services for making payments in foreign currency correspondent accounts in foreign banks are not subject to sanctions.

In January of this year, Apple has blocked for users in Crimea access to the developer portal developer.apple.com. On the Peninsula it is impossible to formally develop games and applications for iPhone, iPad and Mac.

In June of this year, Sberbank has said it wants to partner with Apple on the work piece with electronic money. “Our goal as a Bank is to become their partners,” said senior Vice President, digital business development, Sberbank of Russia Viktor Orlovsky.

The day after the release of the first beta tvOS 11.3 for developers, Apple introduced a similar build for public testing. It can be installed only on the fourth-generation Apple TV or Apple TV 4K. One of the main innovations was AirPlay support 2. In its current form, it allows you to stream music and […]

Yesterday, the eighth of November, Apple added the ability to quickly and simply view your purchase history directly from iOS. The innovation became known, thanks to a new support document of the company. It describes how to view detailed purchase history in iTunes and the App Store through your iOS settings. Also, it is noted […]