Apple bought the company FaceShift, have developed the technology of animating computer characters without using markers. It is reported by MacRumors, who have studied the profiles of the ex-employees of the Swiss company in Linkedin. 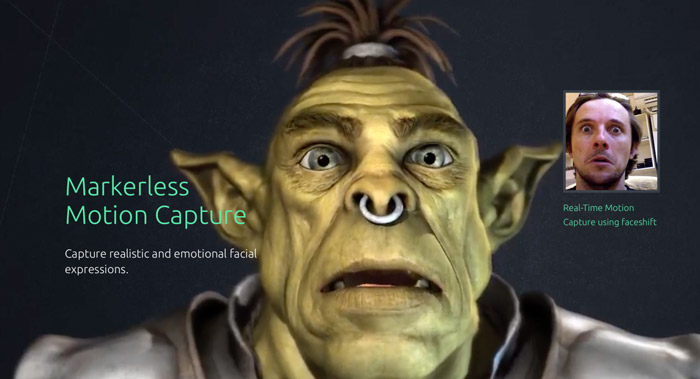 FaceShift was founded in 2012 after separation from ETH and EPFL. Its professional products to capture the expressions currently used worldwide in the film industry and creating games, for monitoring emotional reactions, safety and research.

FaceShift with the cameras analyzes the movement of the face of an actor and describes them as a mixture of basic expressions and head orientation and gaze. This description is then used to animate virtual characters for use in the production of films or games.

FaceShift created several utility software solutions, including Faceshift and Freelance Faceshift Studio. According to the description, they integrate tracking in real-time and high-quality post-processing in one program. Animated characters can be exported to the 3D animation software. Also supports streaming media, allowing it to be used by artists for the purposes of interactive installations. After the proposed purchase by Apple sales FaceShift Studio ceased.

What is the purpose of Apple has acquired FaceShift, is still unknown. The company traditionally does not comment on their purchases. According to one version, the technology will be implemented in the new generation Apple TV will become part of the gaming platform or will be part of the existing Apple products.

Famous Director Steven Soderbergh made his new horror movie on the iPhone camera. The film will be released in the spring of 2018. The film is called Unsane is scheduled for March 23. While the new Soderbergh is known very little. Journalists managed to find out only that the film was shot secretly with a […]

How to profitably sell old MacBook

MacBooks and laptops in General sells a lot worse than smartphones, they are also more difficult to repair, and the Trade-In program, as a rule, unfavorable, especially if we are talking about Apple computers. There are some tips that will help you to maximize the income from the sale of the MacBook. How to sell […]