Today Apple announced the Swift programming language on the rails project open-source. At WWDC 2015 in June, where he first announced this initiative, the news caused a storm of applause from the audience of developers. 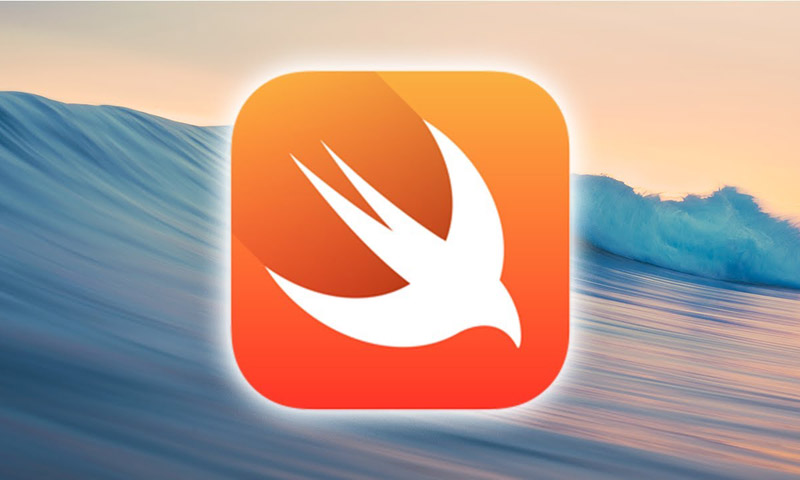 The Swift project was presented by the team of developers at WWDC 2014. It then happened a qualitative leap forward and the company presented its project on which he worked five years — a completely new programming language. Apple tried to create a language that will be spared from the cumbersome heritage Objective-C. Swift was laid in the platform NeXt, which became the basis for OS X and then iOS. Developers can see in real time the results of his programming. The standard “Hello World” in Swift is pretty simple and is written as a single line: println(“Hello World”).

This year at WWDC Apple noted that there is a sufficiently large number of developers have moved to Swift and created awesome games and apps with this simple tool. Nevertheless, language still has a lot of flaws and inaccuracies that developers noted as you work with Swift, and that is why the company has released Swift 2. In addition to all the optimizations, the language contains a qualitative improvement, support for new protocols, simplification of syntax, technology and other panomodules Optimizatsiya convenient for developers moments.

The openness of Swift means that programmers will be able, after studying the source code of a programming language, to expand it at the expense of release of additional tools for developers. In addition, it’s likely we will see a Swift app for the operating systems of other manufacturers.

BatteryPro: charger for iPhone and Apple Watch from Elevation Lab

Elevation Lab has announced a portable battery charger, designed for use in combination with smart watch and Apple smartphones. New compatible with the Apple Watch and the iPhone, called BatteryPro. The product is equipped with a USB connector and cable for connecting iPhone as well as a place to install Apple Watch without a cable. […]

Good news for all lovers to communicate via emoticons: iOS 10 is coming big update of the Emoji characters, but for now the developers have shared some images on the web. Just imagine how the people of “the Unicode Consortium” to discuss the need for the introduction of pictograms depicting the avocado, Princess, croissant, fried […]

In Google Chrome for iOS now QR and barcodes

Google has released an update to Chrome for iOS that hid a useful option. The function opened with the 3D Touch gesture. For owners of smartphones and tablets on iOS Chrome 56 has a QR code reader. Now you can scan a code or barcode, using the context menu of the application with the 3D […]