Apple is asking developers to send in App Store updates for applications adapted to new operating systems, iOS 10, watchOS 3, tvOS 10, and macOS Sierra. This is stated in the e-newsletter, which circulated on Monday morning.

“Very soon, macOS, iOS, watchOS, and tvOS will be in the hands of hundreds of millions of users around the world. Make sure you are prepared for what consumers will look for new applications and upgrades using all the new features of these platforms. Download the GM version of the operating system, test your applications and submit them for review,” reads the newsletter from Apple.

In an official letter to developers, the company said that iOS 10 supports the new functions of standard applications, Messages, Siri, Phone and Cards. Apple also reminded about the new features of the iPhone 7, which can be implemented by software developers. In particular, the applications will receive support from the Taptic Engine, the new Fusion A10 CPU, Retina HD display with an extended color gamut, and dual cameras the iPhone 7 Plus. 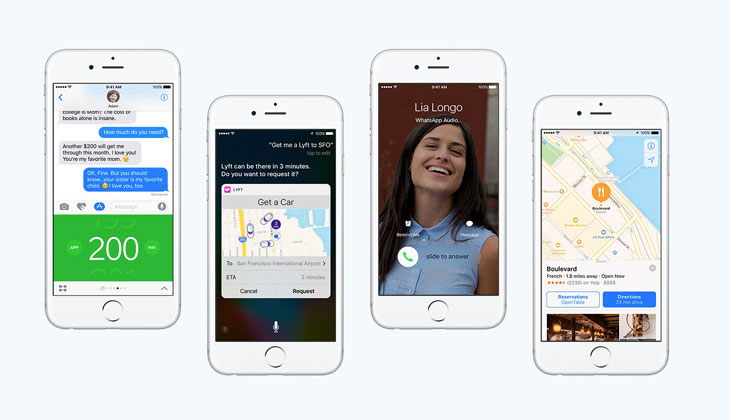 Recall that the release of GM versions of major operating systems Apple took place last week. IPhone, iPod touch and iPad can download edition iOS 10 Gold Master with a new lock screen, improved notifications, updated apps, Music, Maps and many other innovations. The size of the update is about 2GB.

iOS 10 will be available along with watchOS 3 and tvOS 10 September 13. Update can install the owners of all devices that support iOS 9, with the exception of smartphones iPhone 4s, iPad mini, iPad 2 and iPad 3 and iPod touch 5G.

Release the desktop platform macOS Sierra will be held a week later on 20 September.

Apple has rejected the app Game Center in iOS 10

In iOS 4.1, which debuted six years ago, was launched a new Game Center service. This game application Apple, which leads the statistics of games and allows you to chat with other gamers. In the new operating system iOS 10 was not a separate gaming apps from Apple, and developers proposed when you need to […]

While all the thoughts and desires of those aspiring to the flagship Apple device, there are renegades who are more interested in ancient samples of “Apple” of the instrument. These users may be interested in a rare engineering sample of the old model iPad, billed on eBay. The device, designated as a “Prototype Apple iPad […]