Apple and Samsung are the leaders of the mobile market. The popularity of the devices these companies has been confirmed by recent research firm J. D. Power and Associates. In the ranking, reflecting the degree of satisfaction of users, iPhone owners are the most satisfied with their smartphones from the number of clients, operators Verizon and T-Mobile, while owners of Samsung devices are the leaders in satisfaction among smartphone subscribers to AT&T and Sprint. 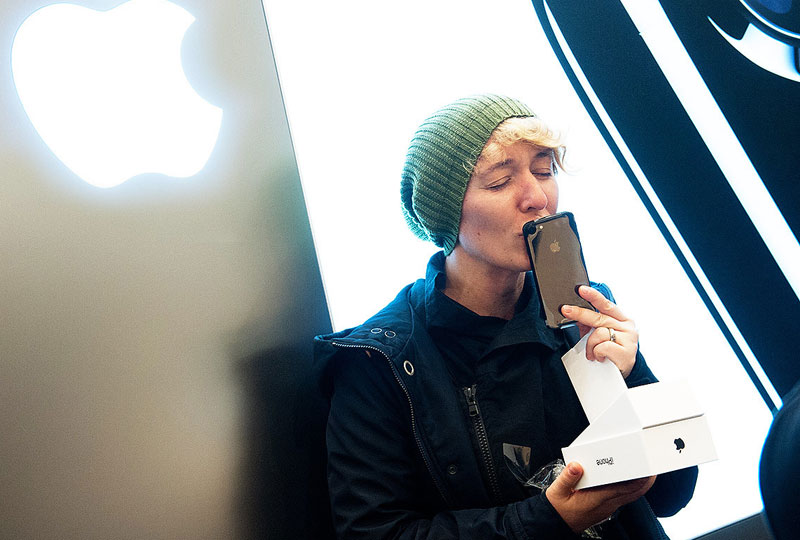 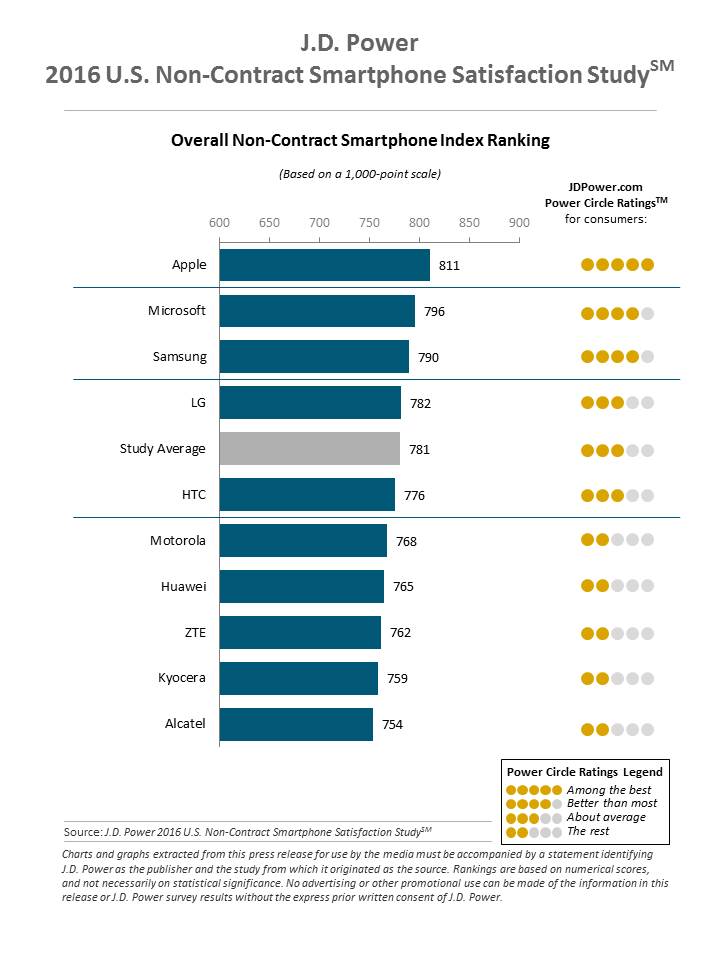 Apple scored in the rating J. D. Power in four American operators from 828 to 843 points out of 1,000 possible. While the closest competitors of the iPhone as Samsung (from 790 to 842 points) and Motorola (768 to 804 points). Products of all manufacturers, except Apple, Samsung, Microsoft and LG were below the average satisfaction in the industry. 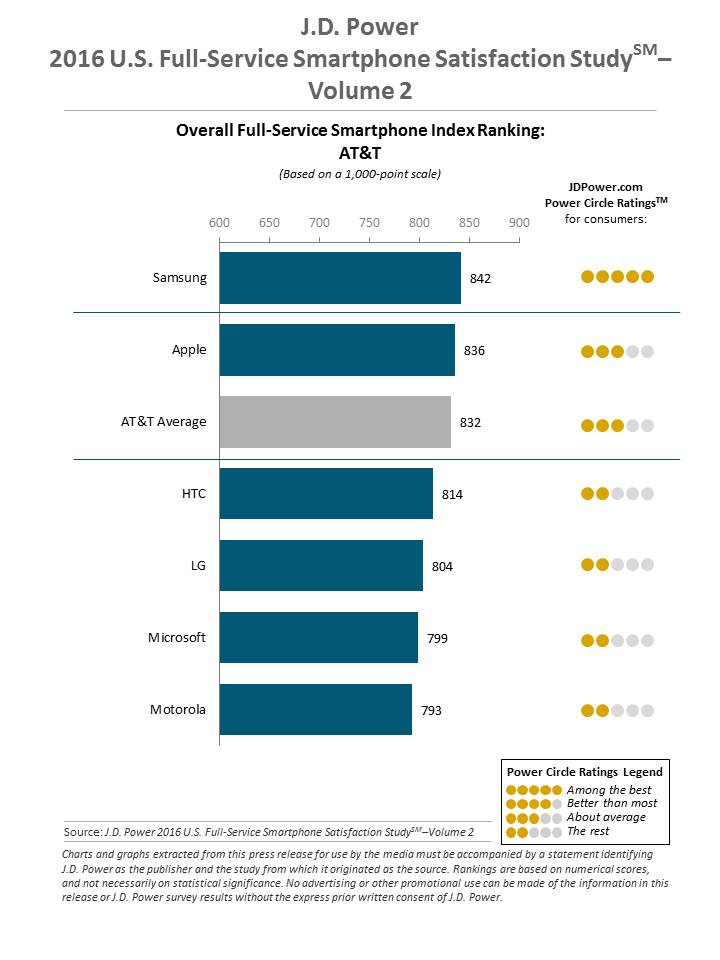 A rating of AT&T 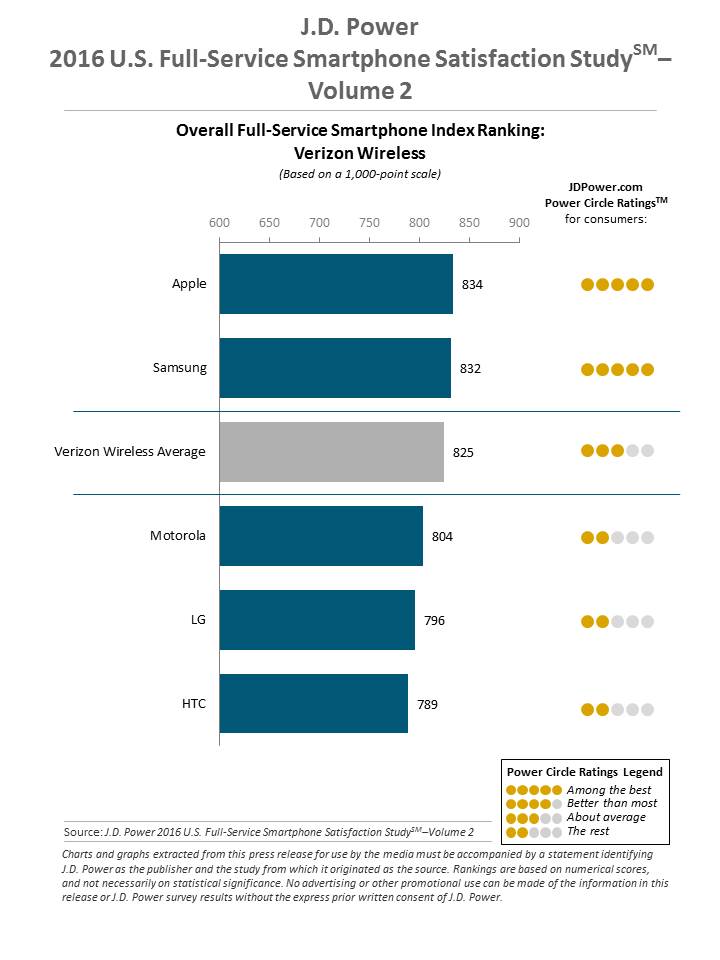 The Rating Of Verizon

In J. D. Power has compiled the rating taking into account not only the manufacturer of the mobile device, but also of belonging to a particular operator. The researchers note that in the survey participated 12 248 smartphone owners with a lifetime of the device not more than a year, signed a contract with one of the four largest U.S. mobile operators. 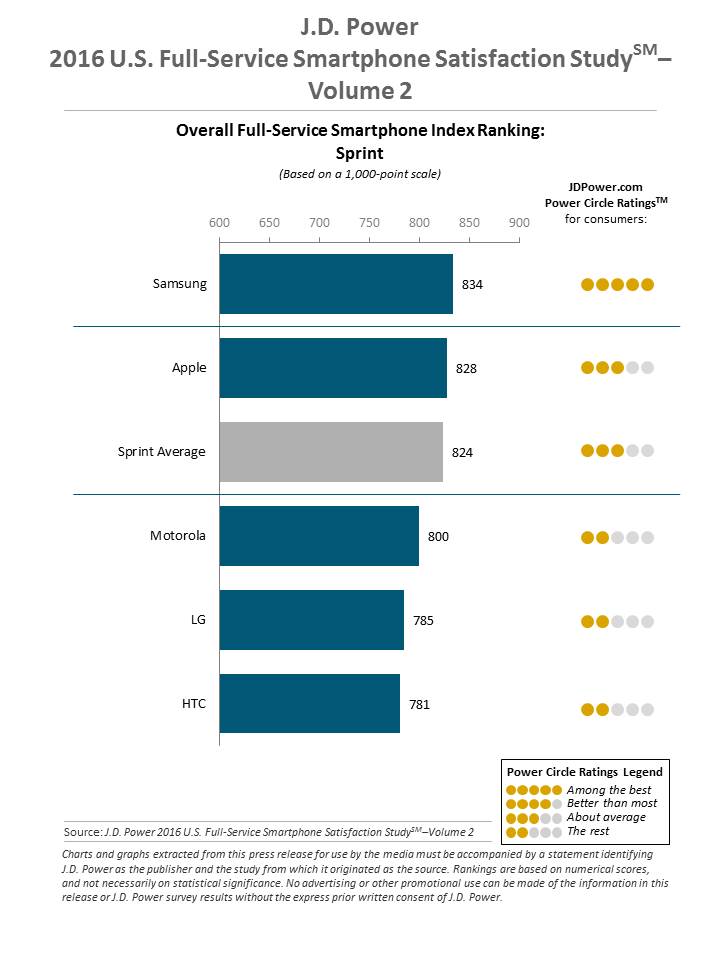 The Rating Of Sprint 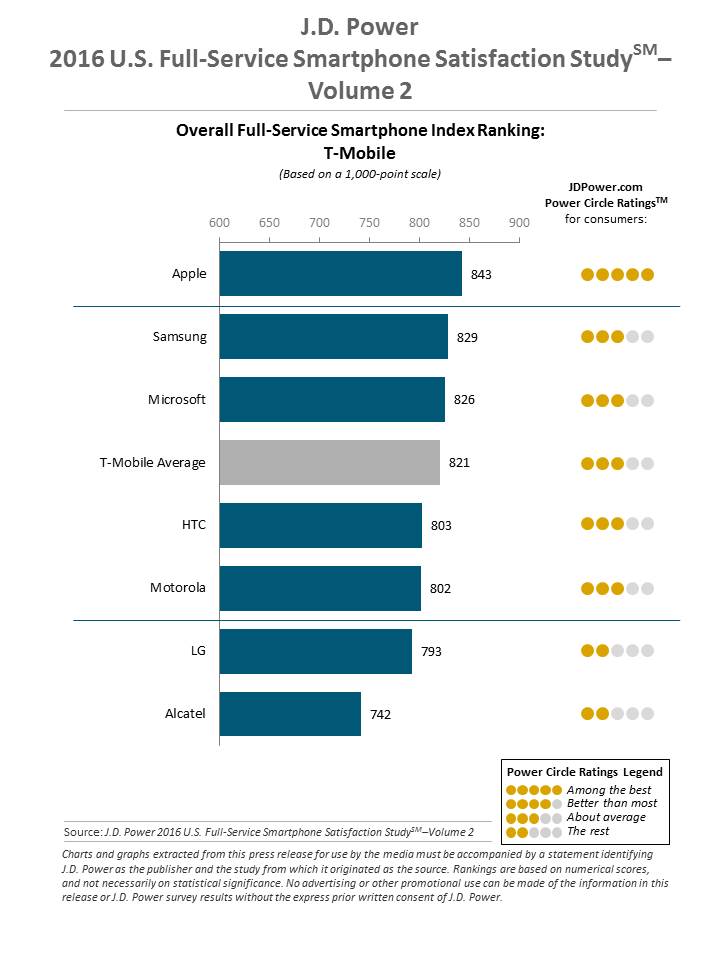 A Rating Of T-Mobile

Among the largest U.S. carriers according to the degree of satisfaction with the smartphone lead subscribers to AT&T (832 points), followed by Verizon customers (825 points), Sprint (824 points) and T-Mobile (821 points). Overall satisfaction with smartphone users is calculated in this time is 781 points out of 1,000 possible.

Apple still in first place in the smartwatch sector The company currently controls 55% of the global market for smart watches. The global smartwatch market continues to grow, and Apple continues to dominate it. According to data released by Market Analytics on Wednesday, the company released 7.6 million Apple Watch in the first quarter, which […]

Samsung Galaxy S8 will get a dual camera module, which until recently was attributed to the main features of the iPhone 7. Reported by Phonearena citing informed sources. According to the publication, flagship, the Galaxy S8 will be released in the spring of 2017. The main camera of the smartphone will receive a 12-megapixel sensor […]

Apple has released a video with the best apps, movies and serials 2016

Apple has released a video “Best of 2016” that showcases the best apps, songs, movies, TV shows, books and podcasts released in 2016. Video posted on the official YouTube channel of the company. The video shows all the editorial collection of the company last year. Apple said that the best content in several categories: “Music”, […]