A number of users who watched the WWDC presentation 2015 Monday, we are convinced that many Apple ideas for their new operating systems, the company borrowed from the software Google and Microsoft. In iOS 9 and OS X 10.11 El Capitan added features that previously have been applied to the Windows and Android platforms. 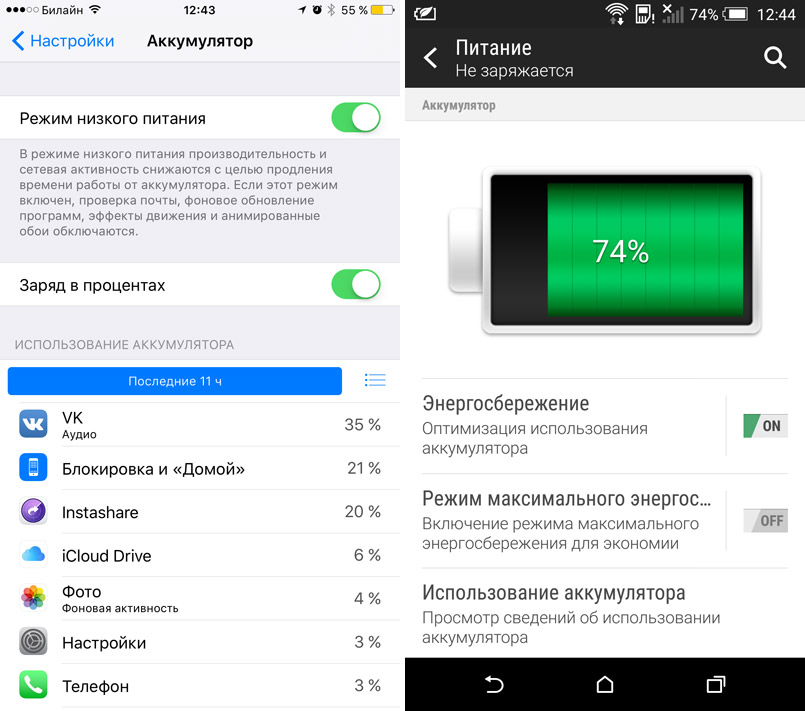 In the new mobile system iOS 9 and OS X desktop 10.11 El Capitan appeared a Split View that allows you to divide the screen vertically in two applications. On the iPad minor application will embark “on pause” until the user again to contact you. True, it’s not all tablets — in Air 2, both applications will be active. A similar feature is present in all versions of Windows, starting with Windows 7 (Snap View).

In OS X 10.11 El Capitan, the company changed the function of Mission Control, which displays reduced Windows of all open apps. Now all the Windows are placed in a single layer, without overlapping each other Windows of the same application, as it always was before, making it difficult to select a specific window. As noted by ABC News, Apple has placed the window in a single layer after the same concept in a similar mode Task View in Windows 10 has implemented Microsoft.

The split screen in iOS 9 and Windows: 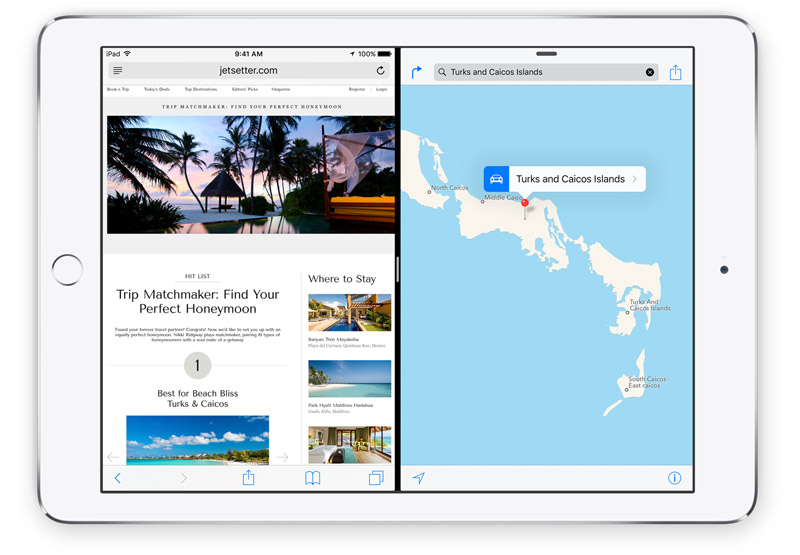 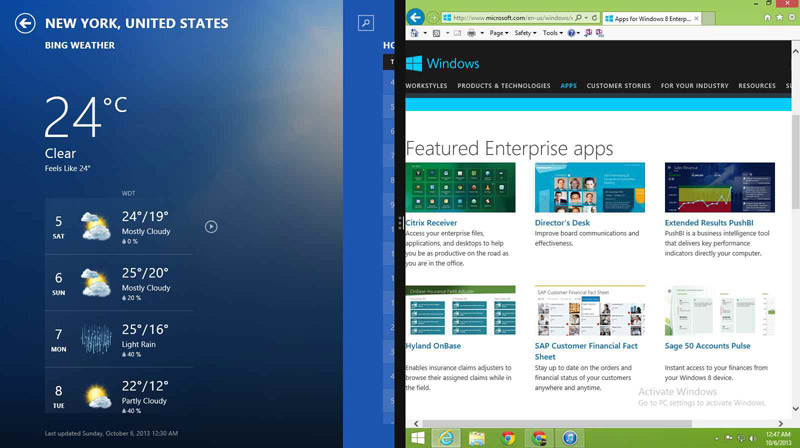 In iOS 9 the company has added the power saving mode, similar to that existing in Android. It’s called “low power Mode” and allows you to receive up to 3 hours of additional work time by disabling some functions (including automatic email delivery), disable animations in the interface, reducing the screen brightness and speed of data transmission.

The split screen in OS X El Capitan and Windows: 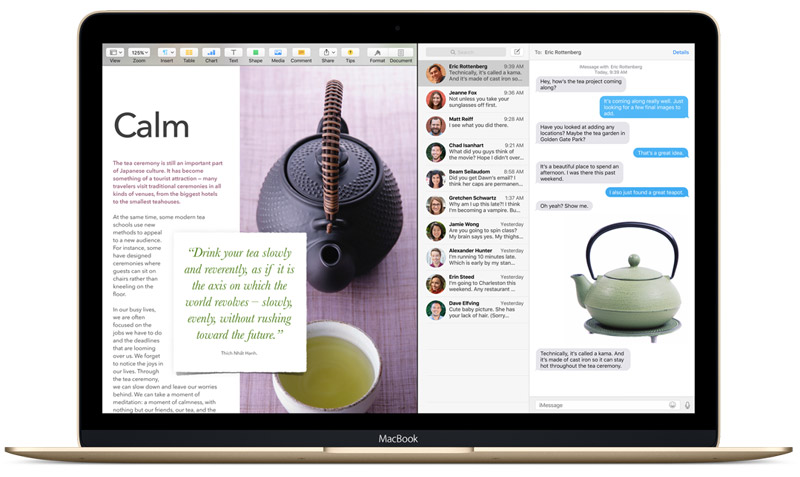 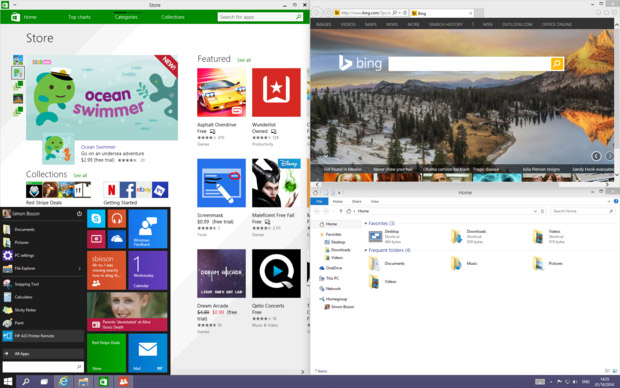 In iOS 9 appeared new app news and returned to the search screen (located to the left of the first screen). It is now much more information. There are shortcuts to contacts and applications to which the user most often drawn, labels with information about nearby businesses and news headlines. On the iPad, in addition to the Split View, appeared regimes Slide Over (one app on top of another) and Picture in Picture (“PIP”), both on smartphones and tablets Samsung.

The design of the updated Mission Control reminds Task View in Windows 10: 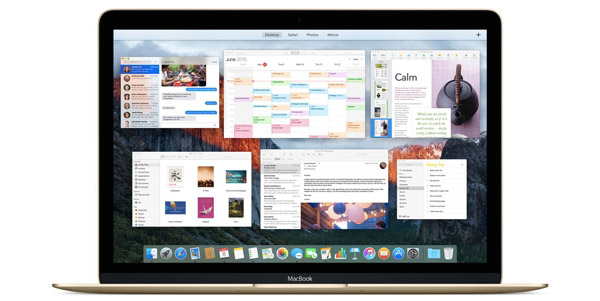 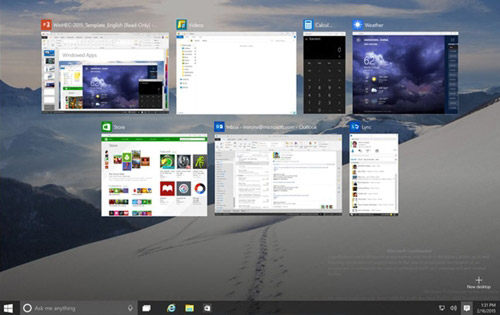 Updated Safari browser in OS X 10.11 El Capitan is now able to pin tabs for web pages, displaying only the icon without the name of the site. If the page plays a sound, the tab displays an image of a speaker, and a special feature will allow you to disable the sound on all open pages in the browser. Similar functionality is present in Chrome for PC and Mac.

The function of “picture in picture” in iOS 9 and Android: 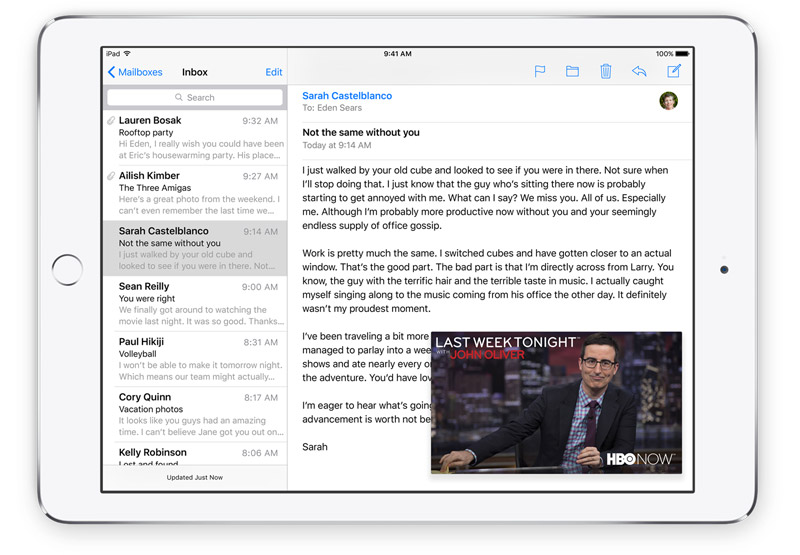 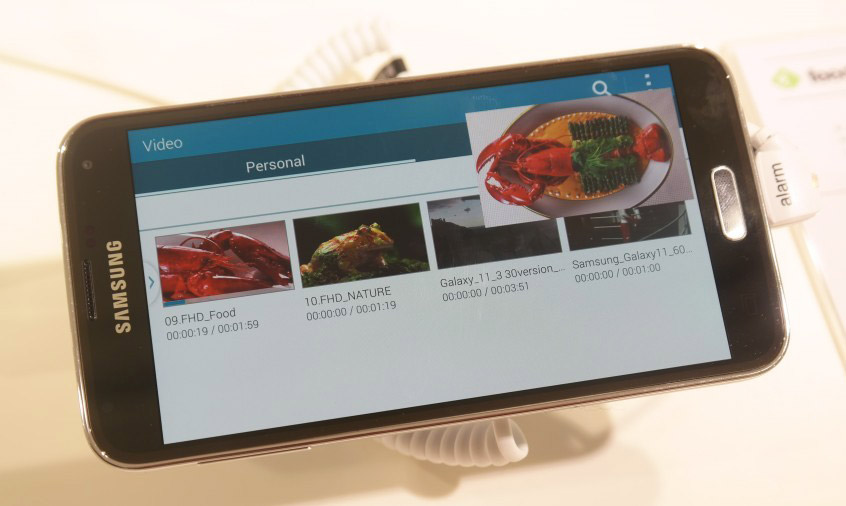 OS X 10.11 El Capitan will debut this fall, she will be free, like the previous version of OS X Yosemite.

A selection of major accessories for the iPhone 11

The new iPhone 11 has been on sale for several weeks now, and we are continuing a series of articles on this device. This time I want to talk about accessories for the iPhone 11, we offer a selection of useful things for all occasions. We protect the phone Case Immediately after buying a phone, […]

Encryption system iPhone and iPad is so reliable that the police have no ability to access the smartphones of suspects. In fact, even Apple with the release of iOS 8 cannot circumvent software protection and extract data from locked devices. Even if it is necessary for the investigation of crimes. This can cause dissatisfaction among […]